Blog » Parenting » 10 tips for flying with a baby

As you know, A recently had her first experience on a plane. I was really pleasantly surprised with how well it went. We had 2 short flights each way (so I can't really speak for a long flight at this point). For both trips, A was awake for the first flight and slept the entire second flight. We had tears for a grand total of five minutes at the end of our second flight to Nashville, which I attribute to A's poopy diaper (we were about to land and couldn't leave our seats at that time).But overall, everything went so well and we could not have been happier about that! 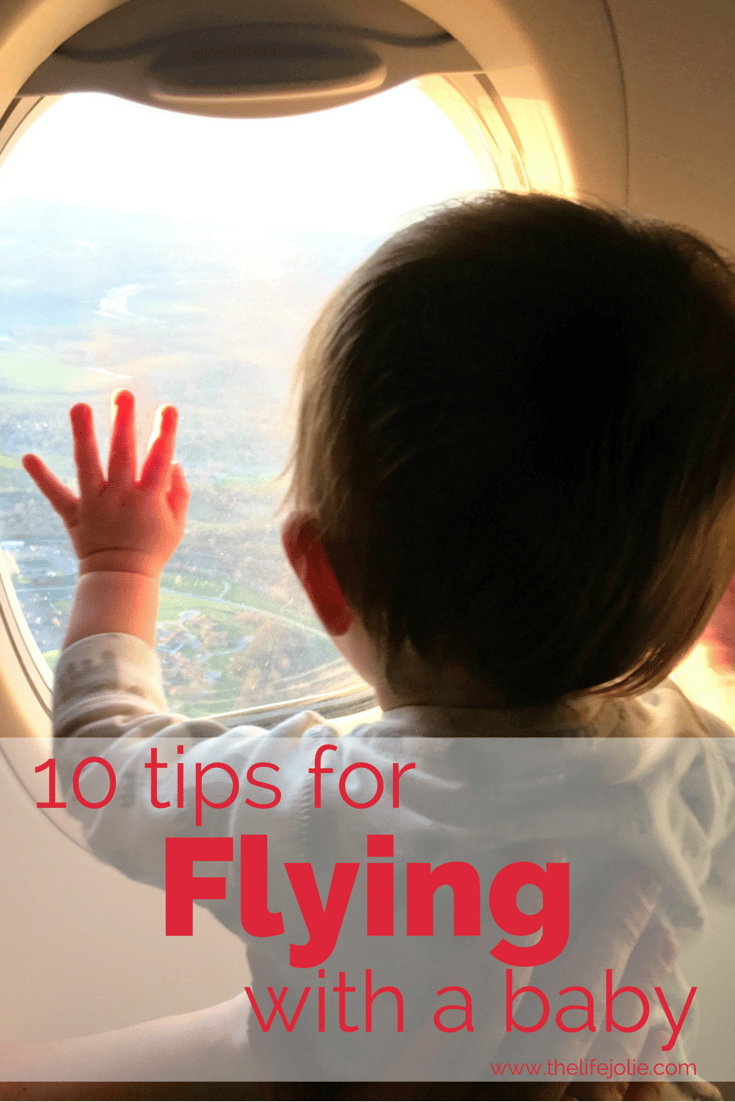 Here are 10 tips for flying with a baby:

Seriously though. While we're on the topic of people hating on babies in planes, I'm personally not a fan of the whole "make-a-special-care-package-with-candy-and-earplugs-and-a-long-apology-note-to-distribute-to-everyone-on-your-flight-who-is-subjected-to-being-around-your-baby" trend. It sets a terrible precedent that you should be apologizing for bringing you kid on the flight and for the event in which they cry. Which is just ridiculous. Your baby has just as much of a right to be on that flight as every other person. And quite frankly, the people who get upset or bothered by said babies are often times the same people who's behavior tends to be even more obnoxious to the people around them than a crying baby. Vent over.

So as not to leave things on a rant-y note, I leave you with this photo of A:

What are your thoughts on flying with a baby (either yours or someone else's)?

You can find an index of my other parenting posts here.

Wednesday: Whimsy Wednesday, One Project at a Time, Wonderful Wednesday, Hit Me With Your Best Shot, Wow Me Wednesdays, What's Cooking Wednesday, Women With Intention Wednesdays