Tell me again how gigantic I am…or 8 things not to say to a pregnant woman.

You guys, I’m 36 weeks pregnant. By all technicalities, I’ll officially be entering the realm of “full term” next Wednesday, although I think Bubbles still has some baking to do. Like most almost-there pregnant gals, I’m feeling pretty uncomfortable (understatement!) and can’t exactly walk normally. I try to keep this a positive place and while I feel really blessed to have another sweet gal who is healthy and staying put until she’s ready, it’s time for a bit of rant.

You see, lately I’ve been getting plenty of comments about my appearance, specifically my large belly which is all out front. No woman wants to hear about how gigantic she is, even if it’s with the friendliest of intentions and for the best possible reason. So here is a list of 8 things not to say to a pregnant woman: 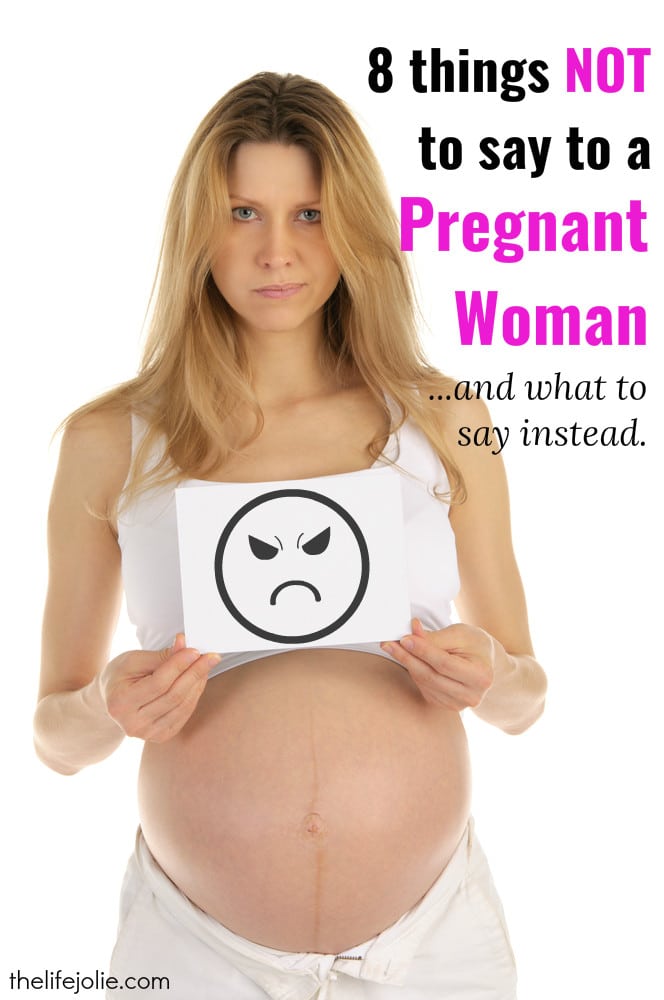 1. “You’re huge!”- Come on now. Isn’t this the most obvious? Why in the world anyone would think it’s a good idea to ever comment to another person about their body is beyond me. But this happens even more often when you’re pregnant. Yes, I’m gestating a baby. What’s your excuse?

What to say instead- “You’re glowing.”

2. “Are you sure there’s only one in there?” (or any other implication that you’re carrying twins or even triplets- I actually got the double whammy of “oh-its-not-twins-it-must-be-triplets” during my pregnancy with A. Look dude, I’ve had three scans already that very clearly showed a single baby. They were performed by a very competent tech and and interpreted by an amazing team of doctors. Also, see #1…

What to stay instead- “You look radiant.”

3. “You look ready…”- So by ready, you mean exhausted, sore, huge, swollen and any other unattractively descriptive terms. Thanks. That’s just what I needed to hear right now.

What to say instead- “How exciting, it’s almost time to meet your baby!”

4. “Look at that waddle!”- Yes, this baby enjoys punching my bladder. And various nerves which cause my general pelvic region and joints to leave me in a constant state of soreness, discomfort and often a lot of pain. Thank you for noticing! Once again, see #1.

What to say instead- “Can I get that for you?”

5. “I don’t even know why you bother buying maternity clothes, just get a bunch of large, old t’shirts”- This was another one from my first pregnancy. It was an older woman working at the Gap in Lake Placid, NY. I inquired as to whether they carried their maternity line in that particular store. She looked me up and down and made the above comment in the snarkiest possible voice. Maybe I was feeling a bit sensitive (although probably not, I was only around 26 weeks at that point) but the implication was that I shouldn’t bother trying to wear stylish clothes because they clearly wouldn’t help. Awesome.

What to say instead- “I’m sorry, we don’t carry those in the store but they are online.”

6. “Are you going to make it to (insert due date here)?”- Well I certainly hope so, especially for the healthy of my baby. Thanks for reminding me that every day, millions of babies are born prematurely and are fighting for their lives, and as if I hadn’t said it enough, see #1.

What to say instead- “How exciting, you’re almost there!”

7. “Oh you’re not sleeping well? It’s only going to get worse”- I love starting the day with your healthy dose of optimism (sarcasm). Yes, I’m perfectly aware that sleep is pretty much not unheard of when you have a newborn. But I don’t additional negativity thrown my way, because most of us also know that the blessing of a precious baby outweighs the negatives like no sleep. Maybe try making a supportive comment instead.

What to say instead- “Hang in there, it’s only temporary.”

8. “Can I take a picture of you?”- Now this can seem innocent enough. But it’s all about the tone in which it was said and the context. In my case it was coupled with a comment about my size (do I even need to mention referencing #1 at this point?) and when I politely declined, she then said she was going to get a picture when I wasn’t looking and proceeded to tell me I should be proud to be “all belly” as if that made her previous comment any less rude (and then spent the rest of the day walking by me and making her hands into a camera, pretending to snap a photo of me when I walked by and laughing as though no funnier moment has ever occurred. Hilarious.)

What to say instead- Nothing. Seriously, stop talking, your privileges have been revoked.

Look guys and gals, I know I’m full of raging, sometimes unladylike hormones. But come on. Lets at least have a little tact and think before we start running our mouth to people who are likely right in the thick of one of the more uncomfortable stages of their life.

What asinine things did people say to you when you were (or are) pregnant? How did you respond? 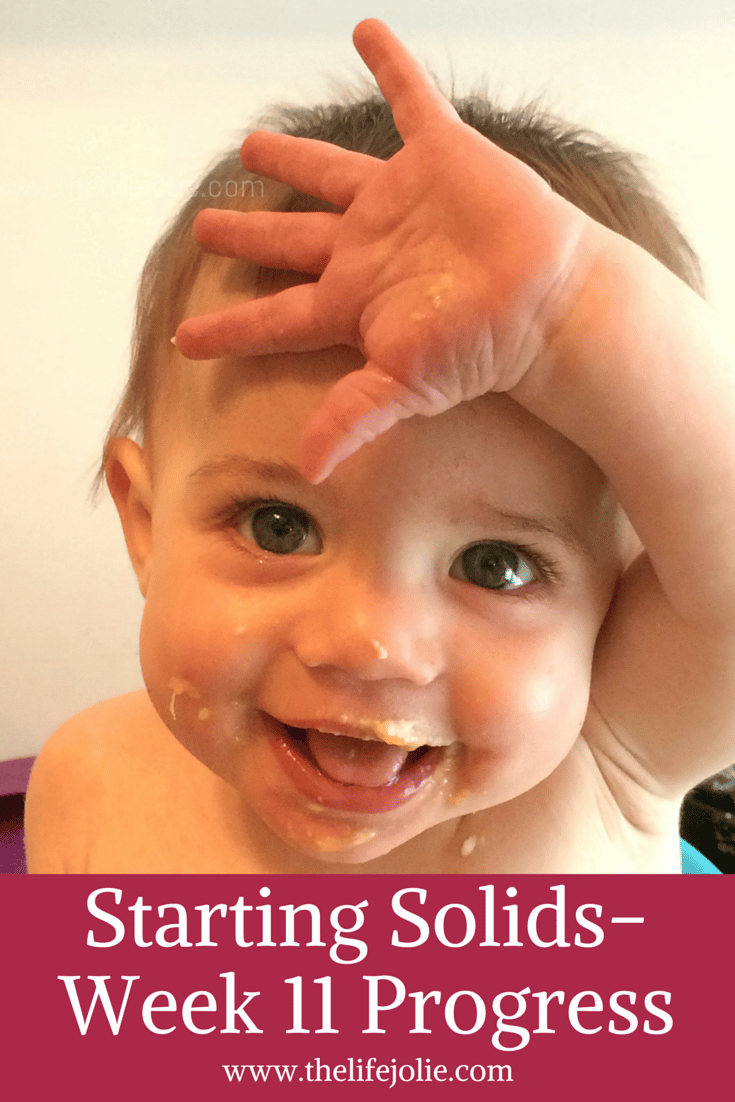 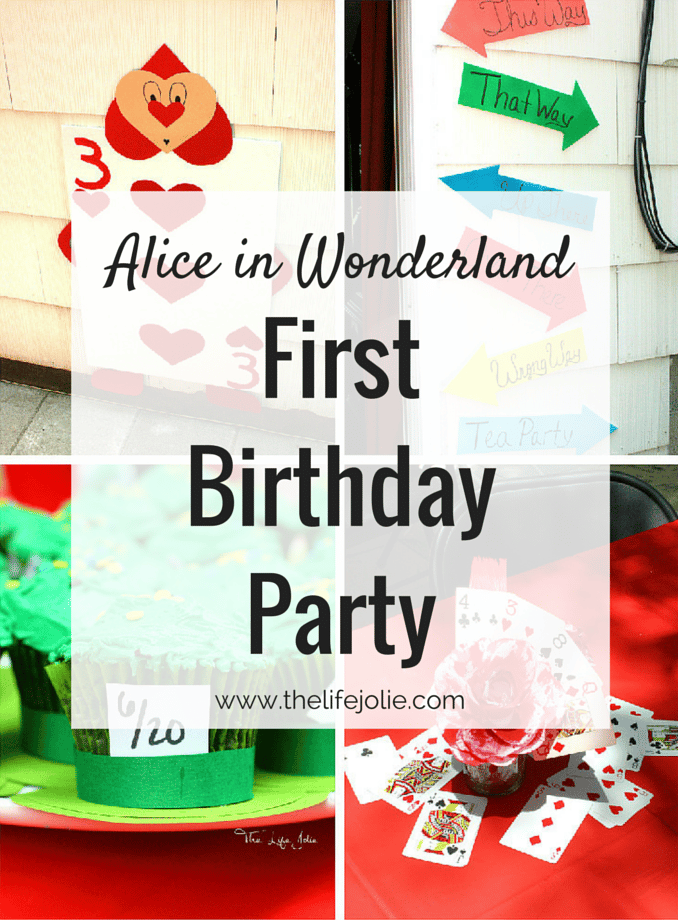