This past weekend we joined my parents and our good friend’s Jess and Stephen and Jess’s adorable son Hunter to take A to meet Santa for the first time. 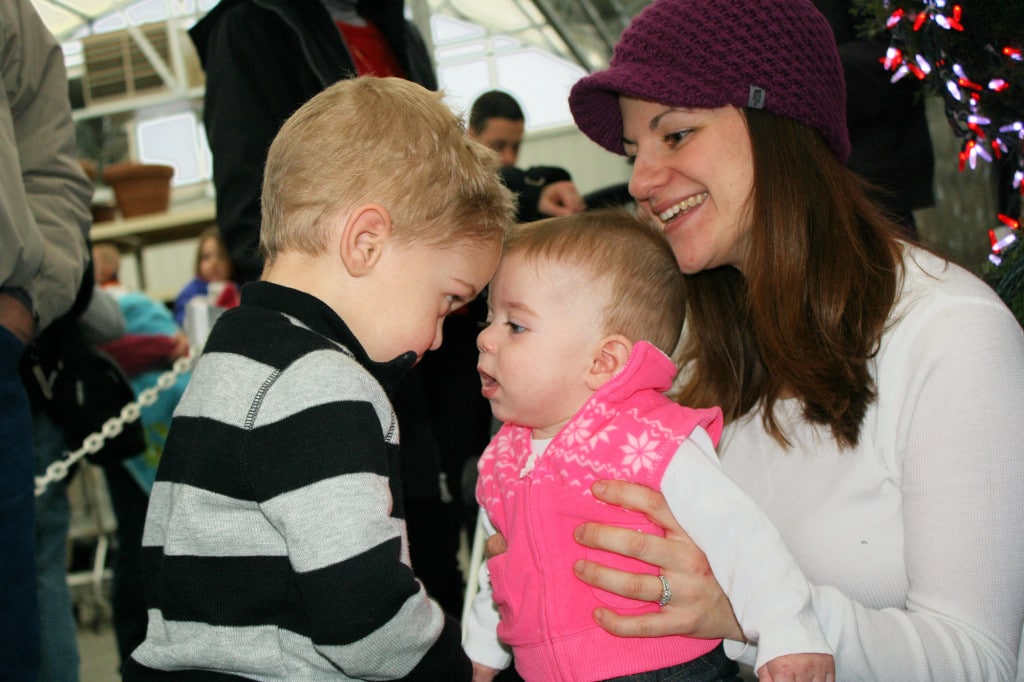 Hunter loves A. He refuses to call her anything but Rapunzel since she was dressed as Rapunzel the first time he met her. 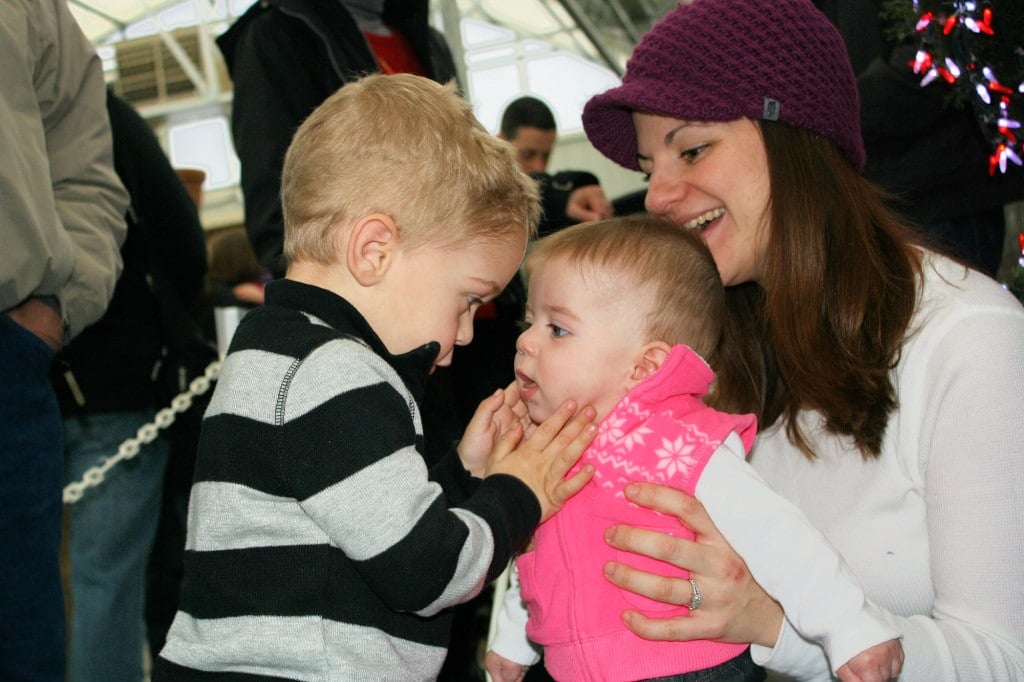 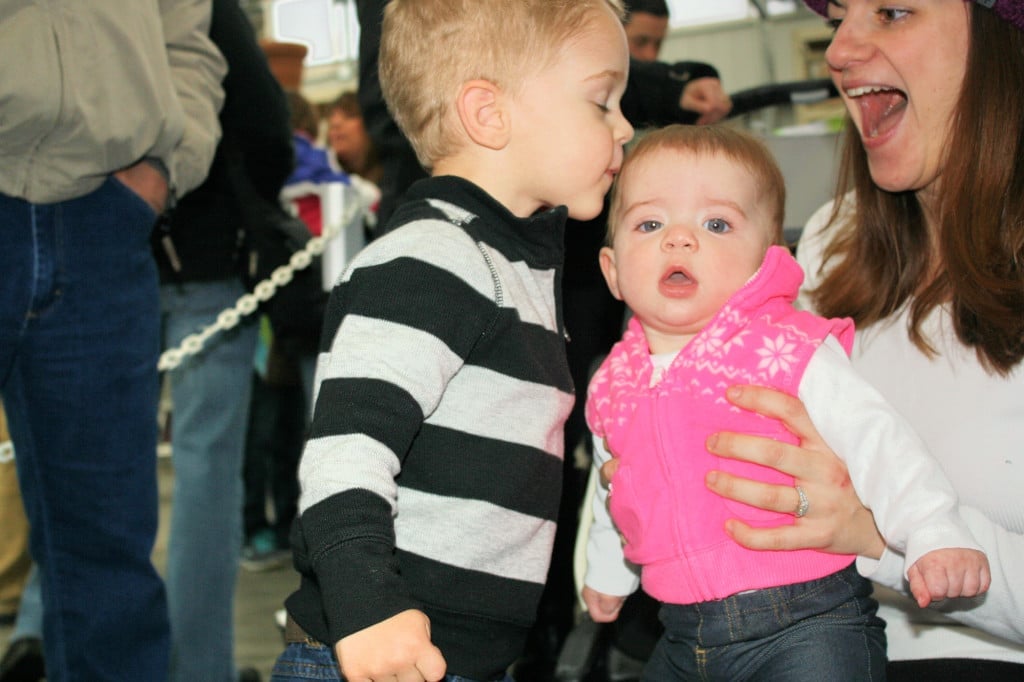 As you can see, I could barely handle the cuteness.

We have a really great local gardening store and green house. Even though I’m really good at killing plants, I happen to love going there for a variety of reasons. 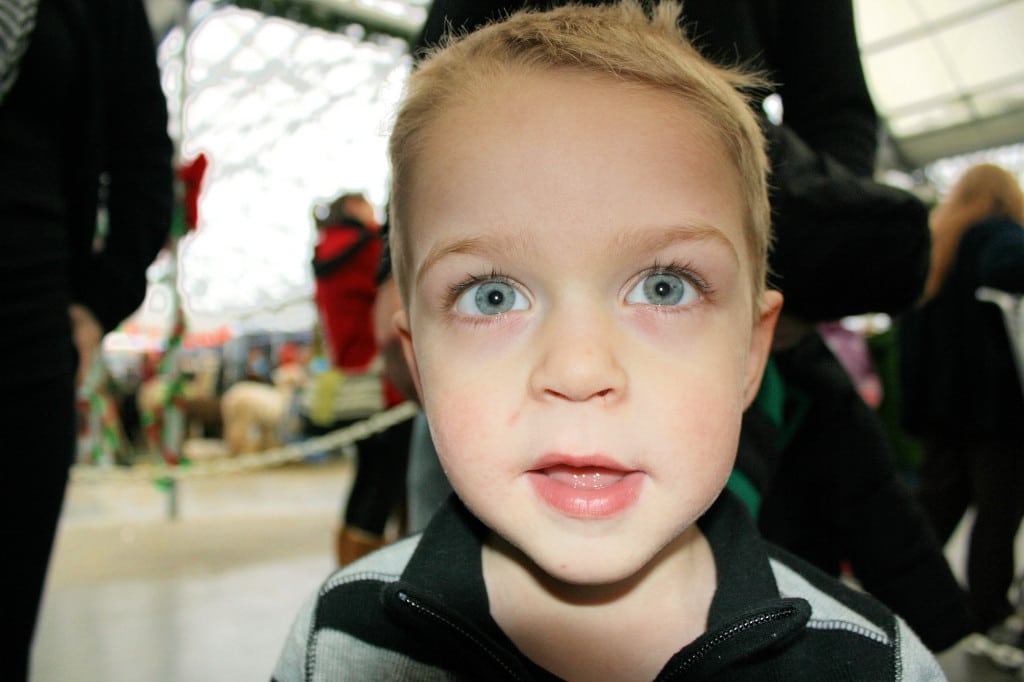 Not least of which is the fact that they put together really nice family events throughout the year and especially around the holidays. While this includes a lot of promotional tables, they also have a singer for children (and a friend of mine, Pops, who I used to perform with), food, small rides, animals, a huge train and of course, Santa. And I can bring Macie. You gotta love a place that allows dogs. 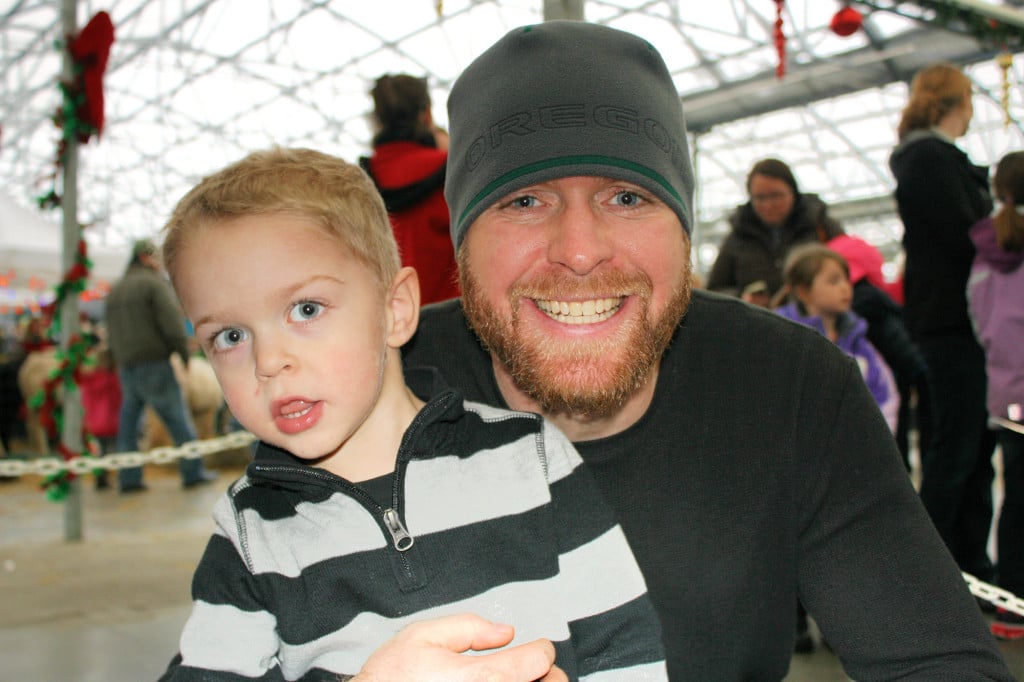 We went toward the end of the day before it closed. This ended up being perfect because it was after A had a nice long nap, but we didn’t stay super long, which worked out well for our gal. 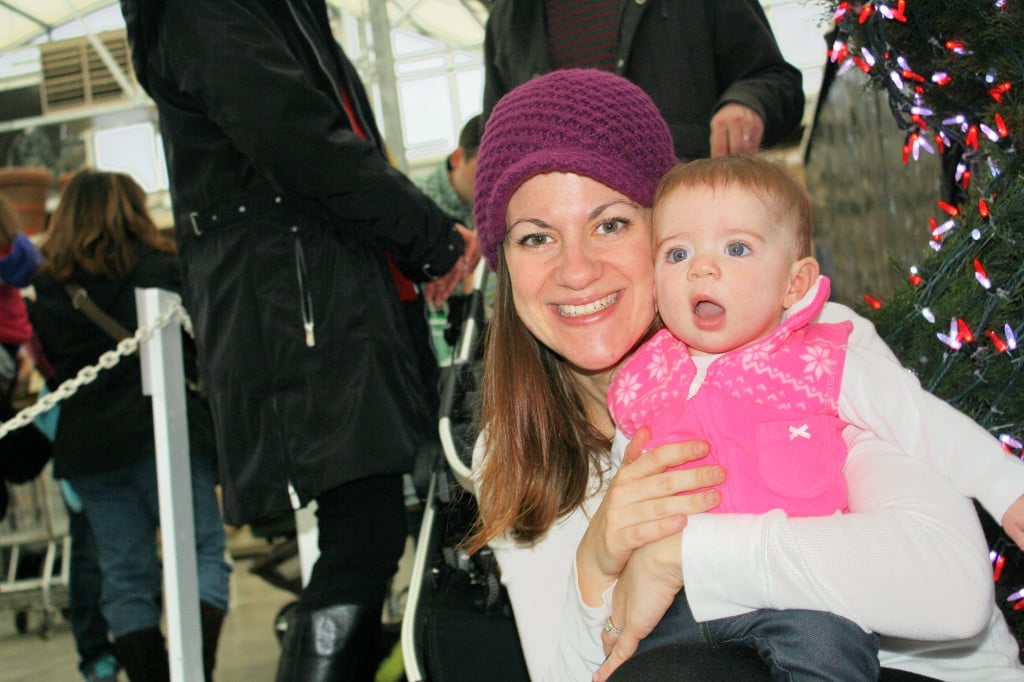 Not too bad for being hung over.

I didn’t know what to expect from A in terms of meeting Santa. I didn’t think she’d cry, since she hasn’t yet reached the “stranger-danger” stage. She’s actually quite social and loves to be held by all different people most of the time. She hung out on Santa’s lap as though it was no big deal. A few times she looked up at him like “who the hell are you?” I’m actually surprised she didn’t grab for his beard as she loves to grab my hair when I hold her.

She did so well! 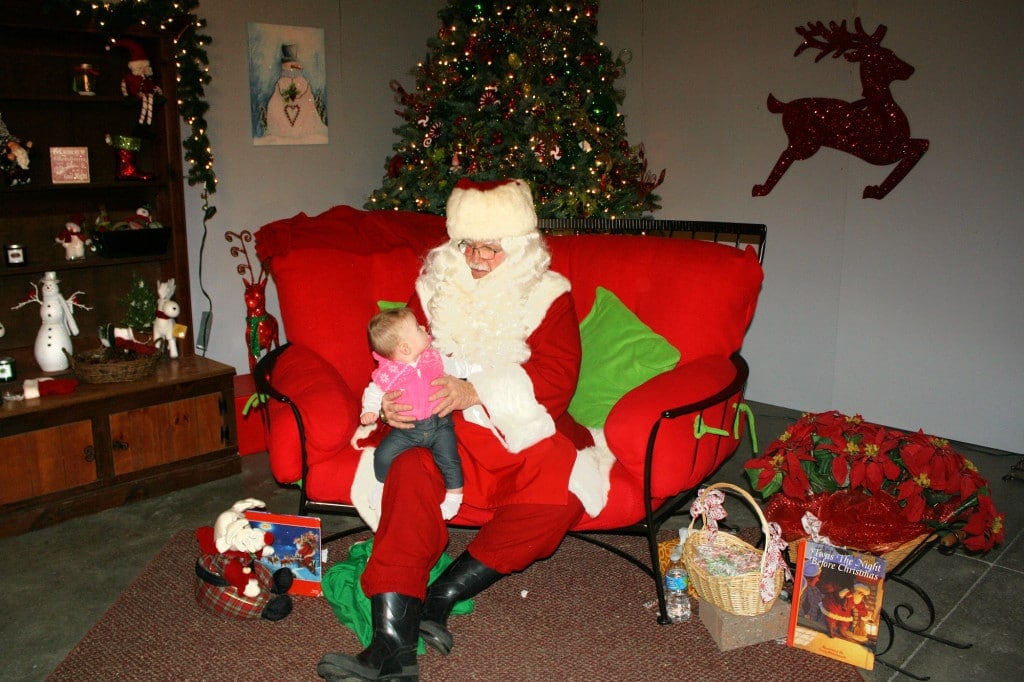 I was pleasantly surprised that they allowed us to take our own photos. We also purchase some. We were deciding between their photo of A alone or between one of all of us with Santa and ultimately agreed to go with the one featuring only A and Santa. The gentleman handling the printing surprised me at the end and thew in an extra sheet with the photos of our whole family and Santa. So nice. 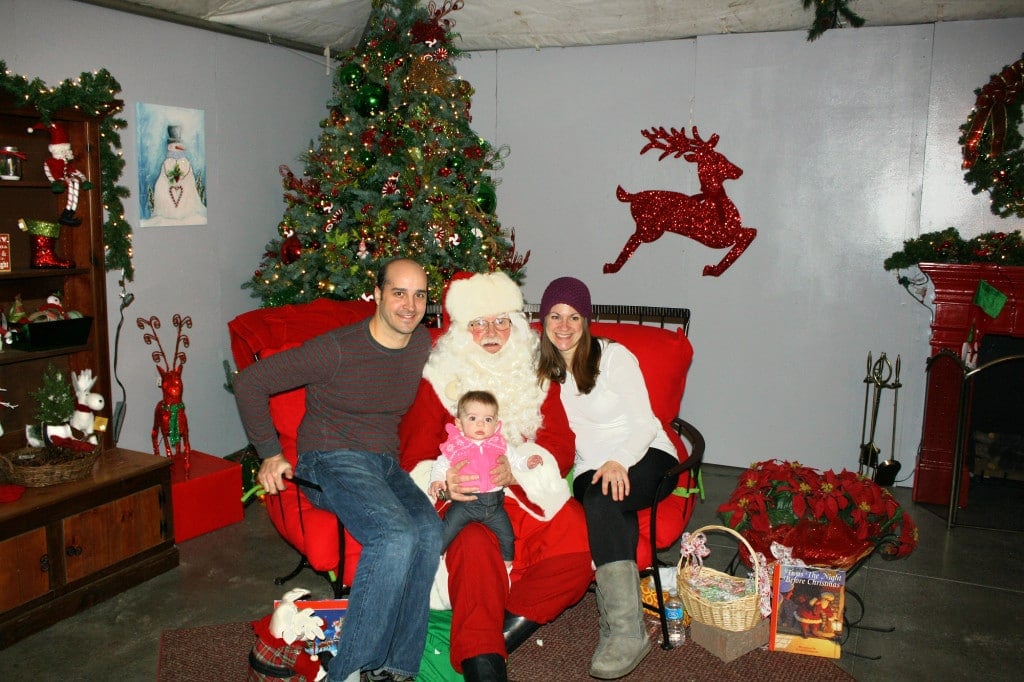 I try to pay it forward when I can, like paying for the car behind me in the drive-through or helping out if someone is stuck in the grocery line and doesn’t have enough money because it makes me feel good. But this was the first time I’ve been on the receiving end of this and it was pretty cool to experience it from the other side. So very nice of him! 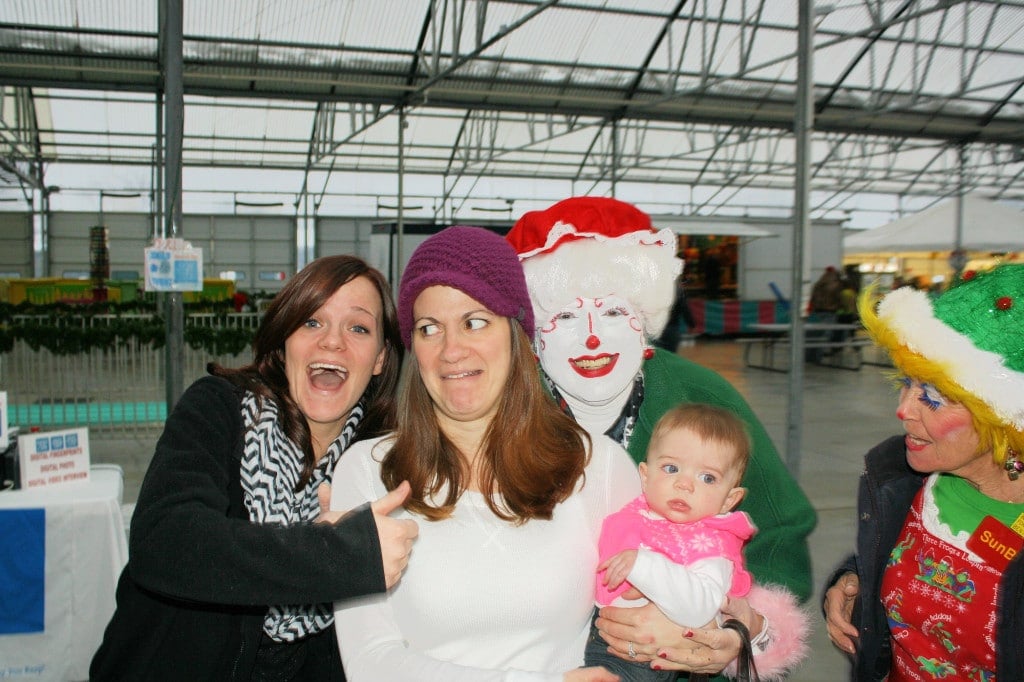 Jess thought it would be funny to make me pose with a clown. Not amusing.

In general it was a great time had by all. Having a child around during the holidays adds such an awesome excitement to the holidays! 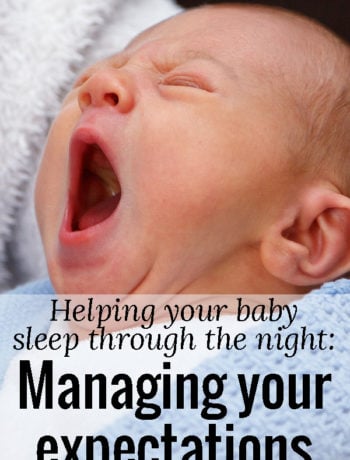 Helping your baby sleep through the night: Managing your expectations

On Infant Sleep- 6 Months In