Baby Bubbles is a…

Girl! We could not be more thrilled to be adding another little girl to our family. While we were both excited to have a boy or a girl, we are seriously overjoyed about the concept of having another girl because we have so much fun with A. My heart is so full thinking about my girls growing up together. 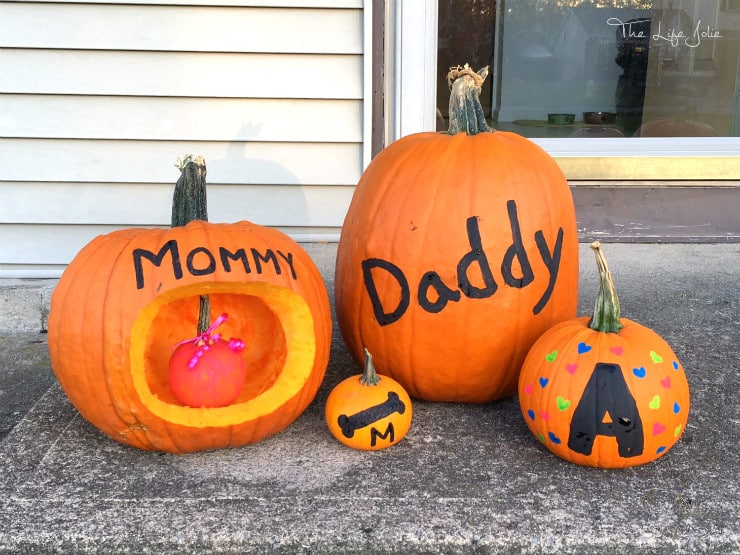 I’m a dork and had to bring it full circle by announcing with a pumpkin, like we did with our first pregnancy. Being that I hate pumpkin carving we opted to paint the rest because I hate painting slightly less than carving.

We found out at our anatomy scan on the 10/15 but have kept this news to ourselves because two days later, J and I left for a little getaway which I’ll talk more about a little later this week. Since we were pretty much off the grid for much of last week, we decided to keep this between us and our immediate family until our return.

I was a little nervous about the anatomy scan and was barely even thinking about the sex because I was much more focused on hoping that we’d have a healthy baby. A lot of people don’t realize that finding out the baby’s sex is really only a small part of the anatomy scan. Most of it is spent looking over the baby’s entire anatomy to make sure everything is developing on track.

While we have no risks or family history of anything being abnormal, you never know. To be honest, even if something had come back abnormal, there would never have been a thought in my or J’s minds beyond the fact that this is our child and we love her no matter what. We’ve always been in agreement that no matter what the situation we would continue with the pregnancy. We would simply have more information.

Still, it was a nice feeling to see our gal bopping around in her water bed and to have the tech tell us that things look great. This time, the tech actually tried to get a 3D photo, which was not even an option last time around. The results were interesting to say the least. She looked like Jack Skellington because she wouldn’t stop moving (in honor of Halloween, perhaps?). 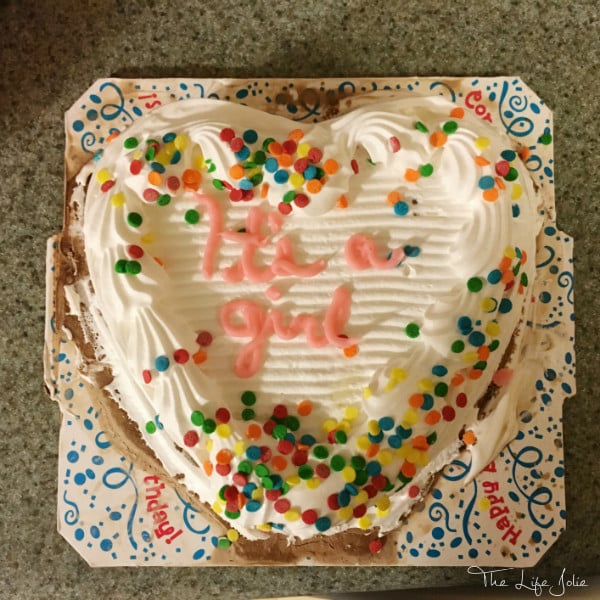 We had our news written on a Carvel Ice Cream cake to tell our immediate family, because hello, it’s ice cream cake! I’ll take any excuse to eat ice cream cake!!

Prior to the appointment, I drank a small bottle of ginger ale and ate a big cookie. I wanted to make sure that Baby Bubbles was having a dance party in there so that we had a better chance of confirming if she was a girl or a boy. It’s the one and only time I want my gal not to be modest and just like her big sister, she made no qualms about showing us exactly what was happening in that region.

On another note, even saying “sisters” gives me all the feels. While we were on our trip, stopped into a few stores looking for souvenirs for A. I actually picked up some matching rompers for my girls to wear next summer and I found myself getting choked up with excitement. I told J he’s destined to spend his life surrounded by beautiful women. 🙂 He really is the ultimate girl Dad and I know he cannot wait to have another.

We are now taking on the task of finding the perfect name for our sweet girl. We have a short list of names that we’re kicking around but are definitely not sold on any of them yet. We’ve always preferred more traditional, classic names (as you can probably tell since our first daughter is Alice Rose).

I’d like to get a name chosen sooner than later because it’s stressing me out a bit. Last time around we were set on A’s name since pretty early on in the pregnancy (we both liked it a lot before we were even pregnant). It was almost too easy which makes this time seem so difficult in comparison. J really prefers to keep our name private, not even telling our closest friends and family until our gal is here. I don’t care either way, but I think he really enjoys the special moment of getting to introduce her to the world by name. So don’t count on finding out her name until March. 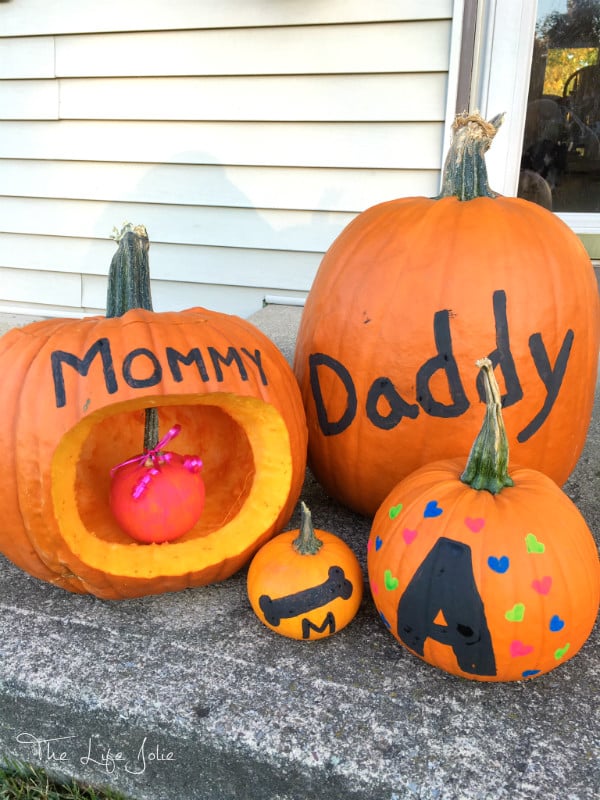 Until then, we will continue to call her Baby Bubbles. This comes from a long time ago, when we first adopted Macie. We were trying to decide whether to name her Macie or Zoey and Justin used to jokingly suggest “Bubbles!” in a super high-pitched voice. Not because he actually wanted that name, just because it was fun to say. Now we can’t stop calling our gal Baby Bubbles and I cannot stop smiling 🙂

October 26, 2015 By Jessy Freimann
8
Alice is 16 months old! Our Bahamas Cruise on the Norwegian Sky: travel day and our first day in Miami 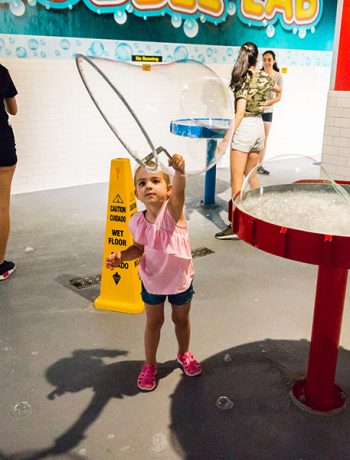 Things to do in Syracuse, NY with kids