We're almost ready to share Tessa's Nursery. We have a few more touches to add and are waiting for a couple more things to come in. I really cannot wait to share it with you guys because I absolutely love how everything has come together! In the meantime, I wanted to show you another small project I took on for T's nursery. It's this DIY Felt Letter Garland. 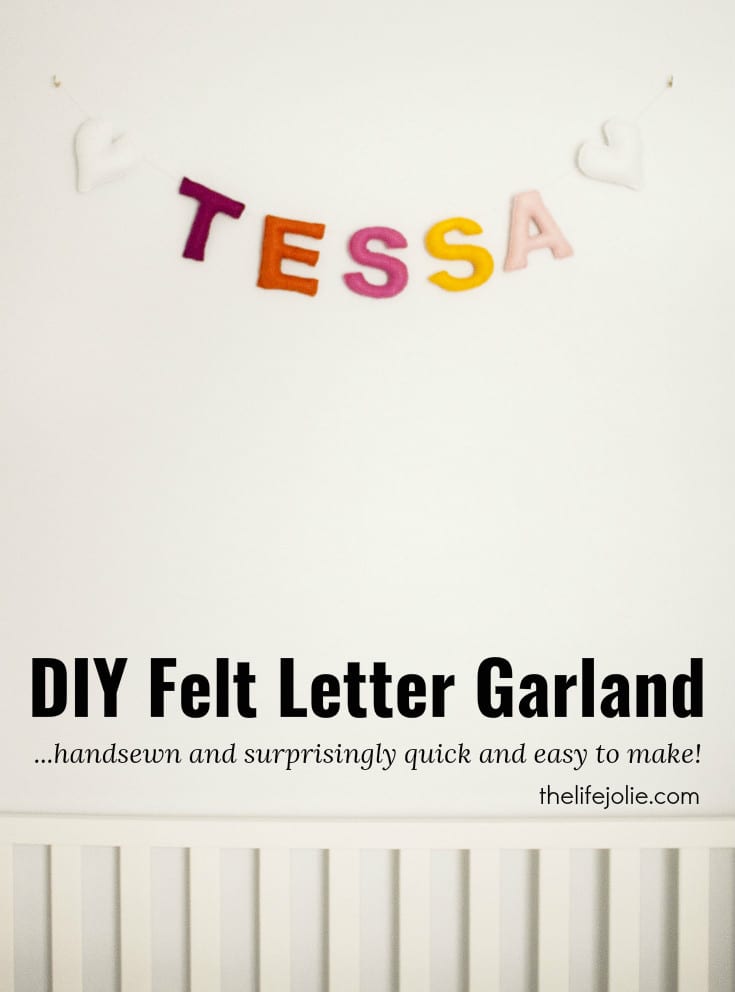 When I was searching for art for T's nursery, I happened to scroll past an Etsy listing for this adorable felt garland. It had a name spelled out in hand-sewn felts letter and I fell madly in love with it immediately. It was also well out of my price range. I kept right on scrolling. But I couldn't get it out of my mind. So I did what any overly-ambitious, wannabe craft goddess would do. I went onto Pinterest and started doing a little research.

It turns out I'm not the only gal who wanted a DIY Felt Letter Garland. I hit the jackpot when I came across a few different tutorials, so I made a combo platter of tutorials and mixed them together to get the results I was looking for. I used this tutorial at Mini Style Blog for some general how-to guidelines. This tutorial over at Thirty Handmade Days showed me how to do the stitch that I wanted (for no particular reason other than the fact that I liked it) and I used this tutorial over at Buggy and Buddy for font and size inspiration for the letters. And from there I winged it (Or is it wung it? I don't know, sometimes I fail at grammar).

So for this project you'll need a few things. You'll need some pieces of Felt Sheets

for hanging the garland.

1. The first thing I did was print out my letters in the font and size I wanted (I went with Arial, in size 420). I cut out my letters and I also made hearts for each end by folding some paper in half and drawing half a heart with the middle of the heart landing on the fold so that once you cut it and open the fold, it makes a heart. Keep in mind that the letters will end up a bit smaller than what is on the paper once you sew and fill them, so choose your size accordingly. I also went with uppercase letters because they seemed easier and made more sense size-wise.

2. Next I traced my letters and hearts onto my felt pieces, two letters per color since you'll be sewing them together. Initially, I used a sharpie to trace them. Do not use a sharpie! This was a total amateur move on my part because you could totally see traces of black on the edges. It did not look good! Luckily, I had extra felt and was able to trace them lightly with a pencil. The chalk would have worked even better. Carefully cut out your letters and hearts.

3. Once you have all of your felt letters and hearts cut out, take both pieces of your first letter and begin sewing them. I used thread that was a similar color because I didn't want to spend extra money on embroidery floss (though that may give it a cool look, especially if you get creative with the colors). I tried to be very intentional about where I began sewing, knowing that it would be easy to stuff the thin space of each letter with the poly-fill as I went along. Make sure you place your thread knots on the inside of the letter so that they're well hidden. You can find the stitch I used here. 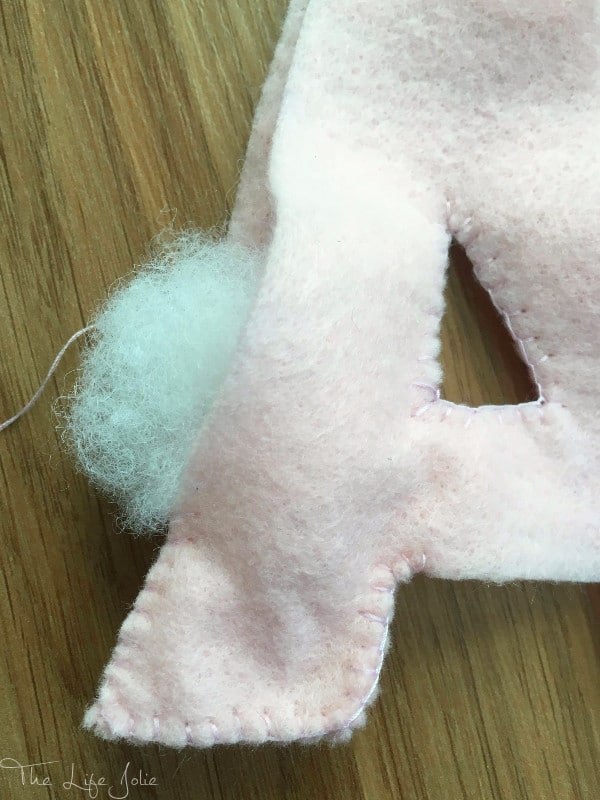 As I mentioned in the last step, I found it easiest to fill the small space in the letter by filling it gradually as I went. So I would sew part of one section and then fill that small area and then continue on as I went. Once I finished sewing each letter, I would make sure the ending knot was on the back side of the letter, since the letters would be hanging. 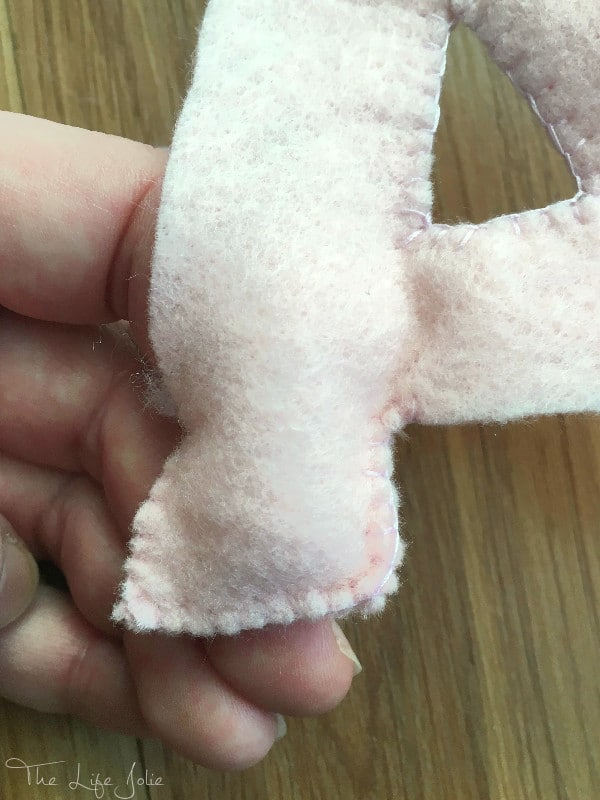 I just love how this turned out. We actually hung it the day that I went into labor. It's the perfect simple decor item to place over T's crib. It's lightweight enough that I'm not worried that it will fall onto T while she sleeps and adds a fun pop of color onto the wall without being too much.

This is also a super simple project. My sewing skills are extremely limited and I was able to sew these together easily over a few episodes of The Sopranos. I actually found it to be quite a relaxing project. It made me wish I was better at sewing and had more time to learn. So give it a shot and make sure you tell me how this turns out!

You can find a full index of my projects here.