Halfway through year one.

I’ve made no secret of the fact that my transition into being a mommy was not the easy, seamless transition I that had optimistically hoped for. I had read all the articles and blog posts detailing the good, the bad and the ugly of this transition. I had talked to my mommy friends. And then I put on my game face and dove right in. But I truly believe that no matter how much you read and how much people tell you, nothing can really prepare you for when you are actually living it.

Let me pause for a moment and state once again, to leave no room for confusion- the transition isn’t all bad. It was really quite beautiful in so many ways and just like everyone told me, I couldn’t possibly imagine my life without A. Getting to be her mother is the blessing of my life. 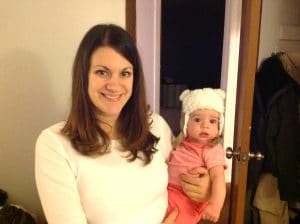 I just love this little hat- she and her daddy both rock this style.

Now that I’m almost halfway through the first year of being a mommy, I wanted to circle back around and open up a little bit about what it’s like now. Obviously, there’s far too much to sum up in one small blog post, but I really want to remember every stage.

When I was still pregnant, my parents and I had lunch one day and they spoke openly and plainly about the fact that the first 6 months are the hardest. Having now lived this, I can confidentally say that I agree with this and as that first 6 months progresses, it really does get easier. 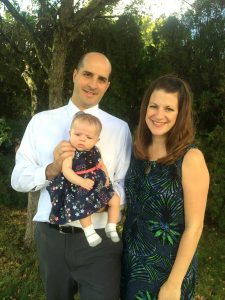 I started to really find my way and become confident in this new role toward the end of my maternity leave, so around 11 weeks. A and I found a very loose routine that worked for us and I really began to get a firm grasp on what A’s needs were based on where we were at in the routine and her body language.

In general, I’m a very routine based person. So while going back to work was emotional and hard in a lot of ways (I still hate leaving A every morning), it was a relief in the sense that I felt I was finally no longer in Limbo.

Maternity leave was such a blessing and I couldn’t be more grateful to have had that time with our girl. At the same time, I couldn’t help but feel that I couldn’t really get comfortable because I knew that after the time was up, we would have another transition ahead of us. While things would never be entirely back to the “normal” routine that we knew as a family of two adults and a dog, the time that I would return to work and transition into a new normal routine loomed on the horizon and made that maternity leave feel like I was in an in between phase. A wonderful downtime which provided an opportunity to get to know our sweet girl (the fact that not everyone gets to enjoy such time during the newborn phase does not escape me). This was not a time that I wanted to settle into too much as it was finite. The knowledge that we would finally begin to build that new normal in terms of our family’s routine made my return to work much easier and presented something positive to look forward to in the mixed bag that is returning to work. 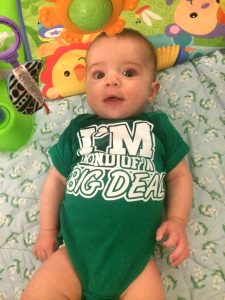 After A was born, I was a bit on the disorganized side and without meaning to, I delayed setting up daycare. We knew the center that we wanted to go with, but I just kept forgetting to finalize everything. As a result, there was not a spot available for A until the second week of October. Being that I was scheduled to return to work at the end of September, we needed to figure out a plan for A’s care during those weeks. This ultimately became a blessing because my in laws came to stay with us and enjoyed a lot of great quality one-on-one time with A. It’s always been a priority for both set of parents to be a big part of A’s life. She loves each of them so much and it’s really special to us that A gets to learn from them and build close relationships with such great people.

It also made the transition back into work much easier on an emotional level because I never have to worry about A’s safety or well-being when she is with any of her grandparents. Instead, I was excited for her that she was getting that quality time with them. 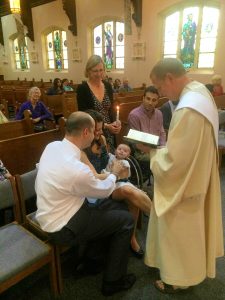 Now, a few months into being back at work, we have found a nice balance. It’s not perfect. I still feel that there are not enough hours in the day, and wish I had more bonding time with A during the week. But overall, we’ve found our flow and have a relatively easy time adapting to different changes in A’s needs as they arise.

A is a pretty happy baby overall. I think she’s finally used to being out here on dry land. She can be very serious at times and really concentrates on all of the new things around her. It’s a joy to watch her constantly making discoveries.

She absolutely loves to bounce. At daycare she enjoys the jumperoo and at home she likes her johnny jumper that hangs in our bedroom doorway as well as her exersaucer. She also enjoys when we hold her in a standing position and has recently begun wanting us to help her jump in that position. This often makes her giggle (especially when daddy does it). Other things that make her giggle are tossing her lightly in the air, holding her on my hip and bouncing especially when facing the mirror and daddy’s funny faces and sounds during bath time.

She’s very curious about the things around her and loves to hold things and of course put them in her mouth (as you’ll see in the photo above). She’s very social, we have a hard time getting her to nap at family gatherings because she wants to be a part of everything and enjoys being held by everyone. She rolls all over the place and makes all sorts of noises. Our favorite are these gargling noises in the back of her throat. I’m not sure if I’m describing them well, but we call them her Chewbacca noises because that’s what she sounds like. Very recently she’s begun learning consonants- specifically the M sound. I keep having to remind myself that she’s not actually saying Mama in reference to me, she’s just finding her voice.

A also really loves music, which makes me especially happy. My Aunt’s memorial service, was a really special, beautiful event that was full of music. They had a fantastic violinist from the RPO who played Ave Maria and A was entranced. Family members also said that she was really into when I sang at the memorial service (though I wouldn’t know because my eyes were closed…singing when your emotional is hard!). I frequently sub in with bands and hopefully there will be some public gigs that are family friendly that she can attend (the next few are at bars, so that’s out). I sang to her quite a bit while I was pregnant and I still do now. She really seems to love it and sometimes tries to sing along. I think she recognizes certain songs and also really gets into it when I sing Itsy, Bitsy Spider with the hand movements. 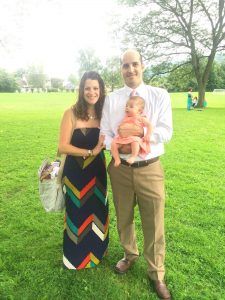 Her sleep habits have vastly improved. It’s not perfect, and I’m not foolish enough to expect consistency for a while. But for the most part she’s been sleeping through the night (this the exception of certain circumstances like illness or crazy long days). Naps are hit or miss, but I’ll take what I can get if it means that she sleeps well at night. This is a topic I’ll explore more in depth in another post.

Overall, these first 6 months have been wonderful. They’re not without their challenges, but we’ve come such a long way and have learned so much. Our life has changed for the better and every night before I fall asleep, I can’t help but thank God for all of the beautiful blessings He’s provided. I’m excited for what the future has in store. 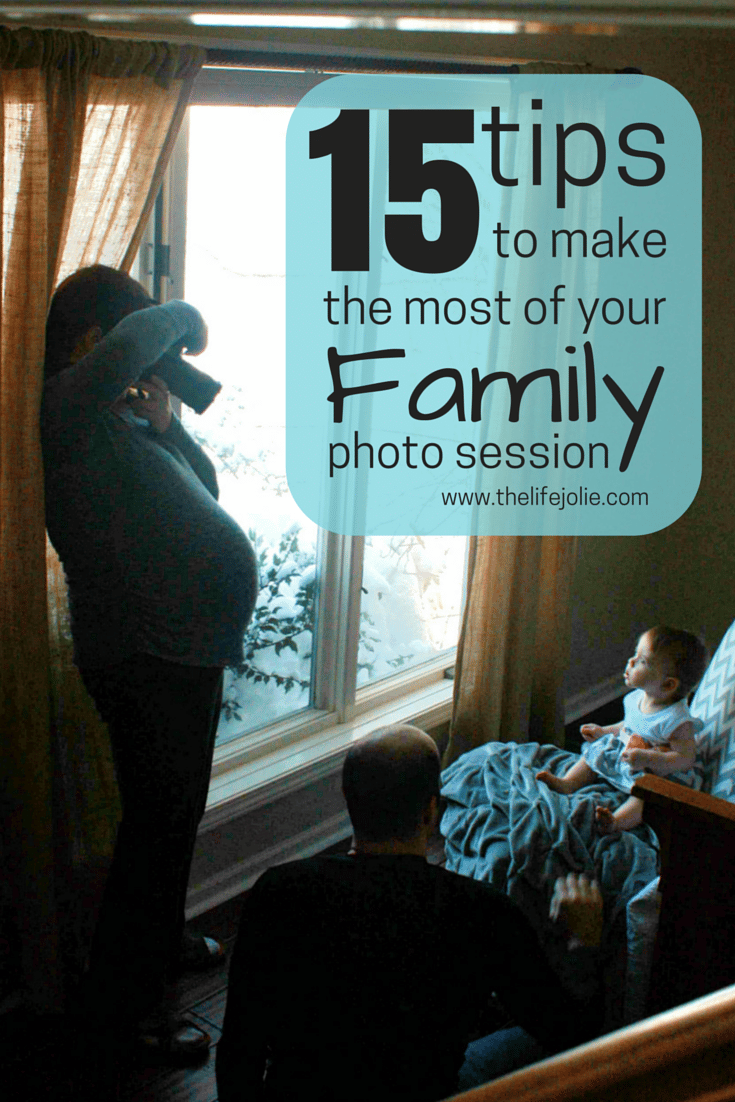 15 tips for making the most of your family photo session.