My pregnancy with Alice at a glance- The Second Trimester.

You can find other posts about my pregnancy with Alice here.

This trimester began with a bang and by bang I mean a puking rally of epic proportions. It was right before Christmas and my sister-in-law, her husband and our 2 adorable nephews (Jackson was around 3 and Rykker was around 6 months old at the time) were in from California. Poor Rykker picked up a stomach bug which then passed on to Nicole, Justin and I which made us violently ill. I lost an additional 3lbs bringing my total weight loss to 8lbs. I actually didn’t really gain weight until around 22 weeks. 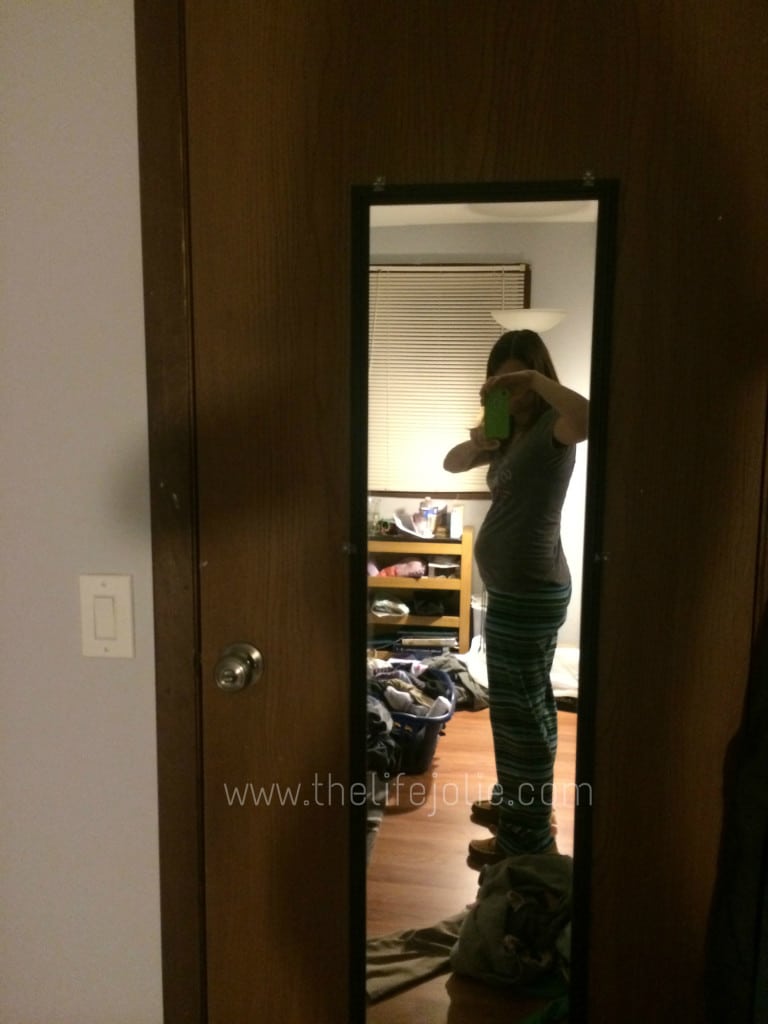 This is around 17ish weeks- please ignore my mess in the background.

Before I was truly popped, my favorite joke to make was the idea of posting a picture on facebook that says Fat or Pregnant? I never had the balls to do that, maybe next time. 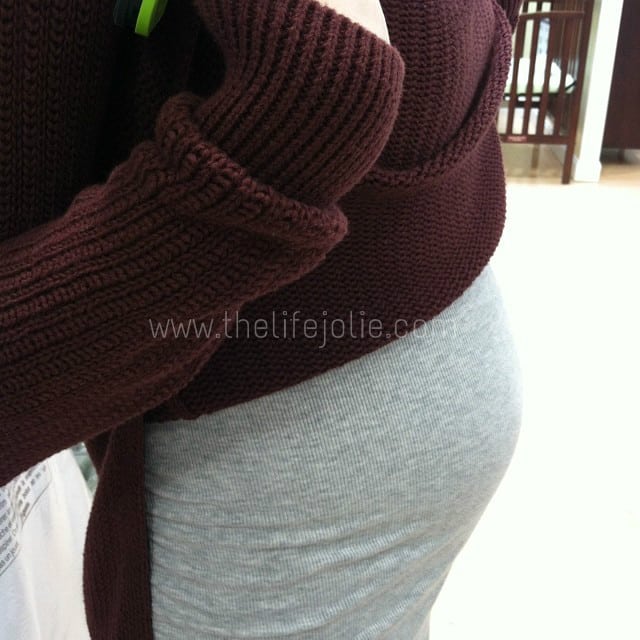 Fat or pregnant? You decide. Photo credit to Nicci Scuteri 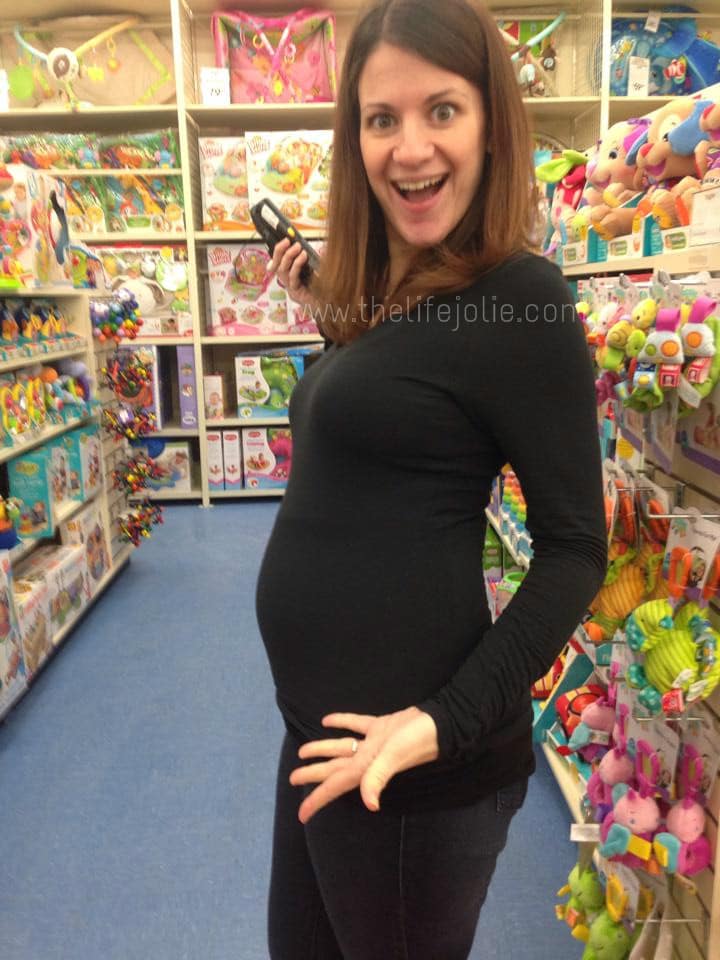 Around 19 weeks along at this point and getting that registry started with my dear friend Jessica and her adorable son Hunter- Scary face, right? Photo credit to Jessica Parker

We found out around 18 weeks that we were having a girl. This pretty much already confirmed what I knew but it was nice to have proof. I was nervous before the anatomy scan, not because of the gender reveal but because I wanted to make sure everything was good health-wise (which thankfully, it was). The tech was really good about showing us what she saw. I had previously looked up gender revealing ultrasounds online so I would know what I was looking at (3 white lines = girl, and a boy has a penis so there’s that). So when she asked once again to confirm if we did, in fact want to know, I looked up at the screen and immediately saw that we were having a girl. There were happy tears from both of us. J also gave me a little flack because he was happy to have a girl but not happy that I was right (since I think I’m always right and he wanted to rip on me for not being right for once). Coincidentally, my cousin was at the same office that day to see her Dr. in the same practice- she was a few months ahead of us with her beautiful girl. She wanted to know the gender but I couldn’t tell her before we told our parents (we kept it between us and our immediate families for a few weeks anyway). 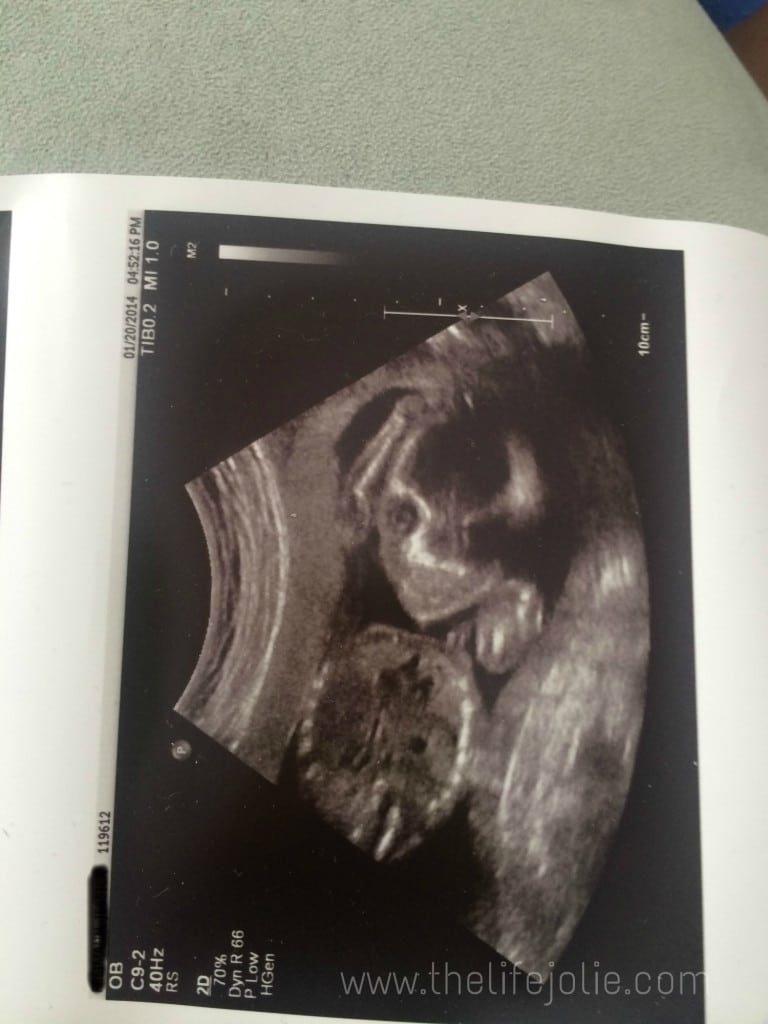 Our girl, posing for the camera- you may recognize that sleep position from the doppelganger post.

After the appointment, we headed to my parents house to have some pizza with them and we picked up some pink binkies and gave then to my parents as a “gift” to keep at their house. It was the night before they left for Florida. They were of course extremely excited. Then we headed to my sisters and told her and our close friends with mini cupcakes with pink and purple frosting. We then went home and skyped J’s family, who were also very excited. 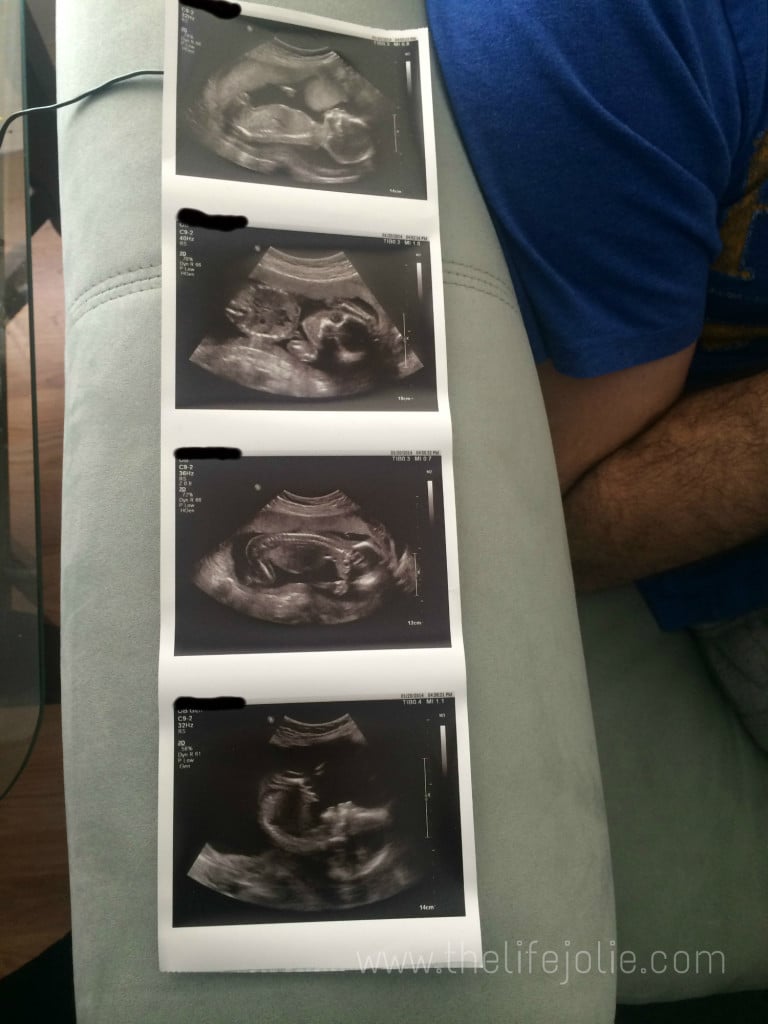 We took two trips during this trimester. We went to Lake Placid with a group of friends in February which was a lot of fun and jam-packed with delicious food. We also went to Jupiter, Florida where my Aunt has a condo on the beach (she and my parents spend their winter’s there each year when the holiday festivities end). This was a much-needed break full of picture perfect weather and fresh seafood. And yes, I rocked the bikini because why the hell not. 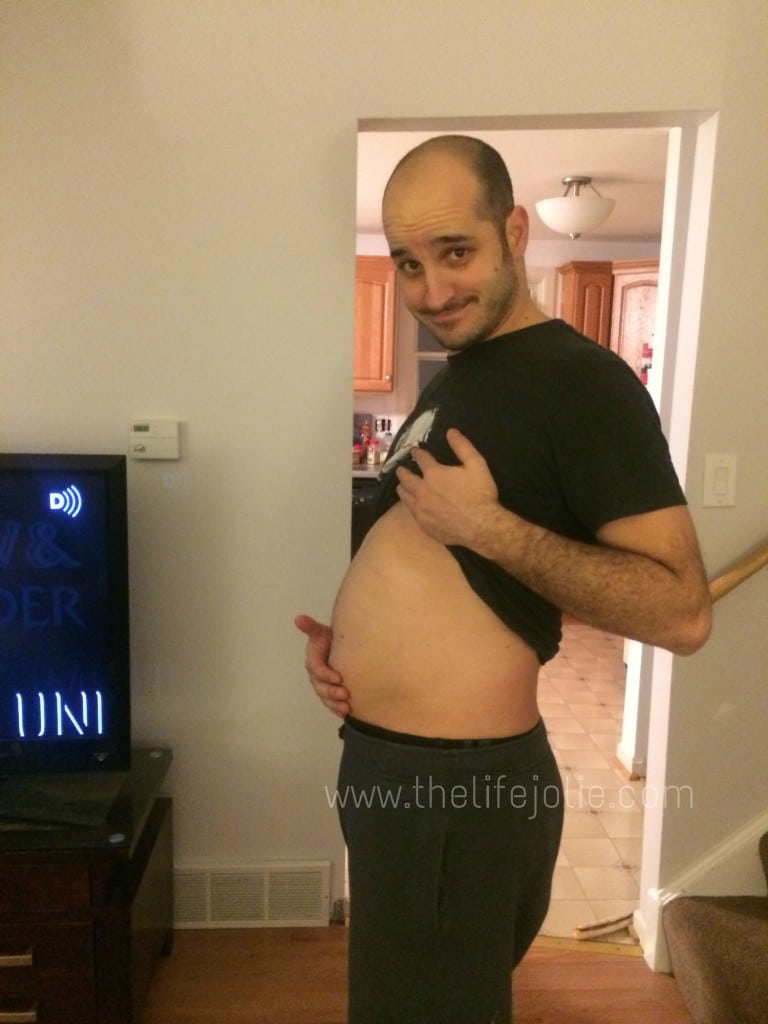 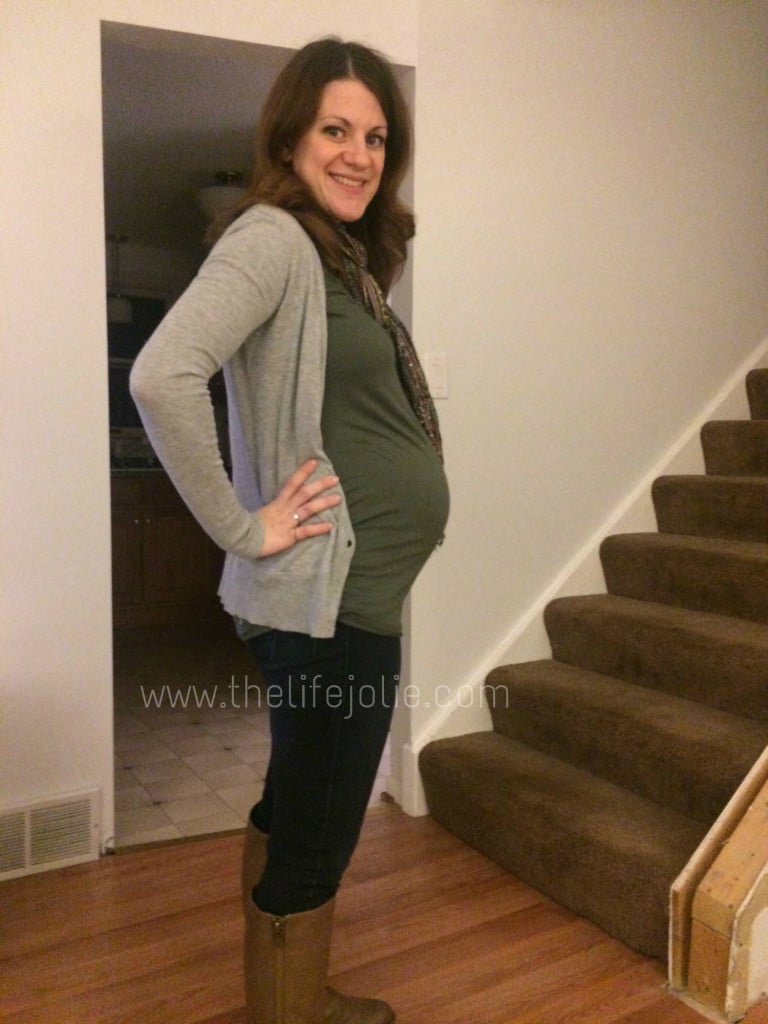 This was taken right as I was about to descend into the 3rd trimester. Photo credit to Justin Freimann

You can find other posts about my pregnancy with Alice here. 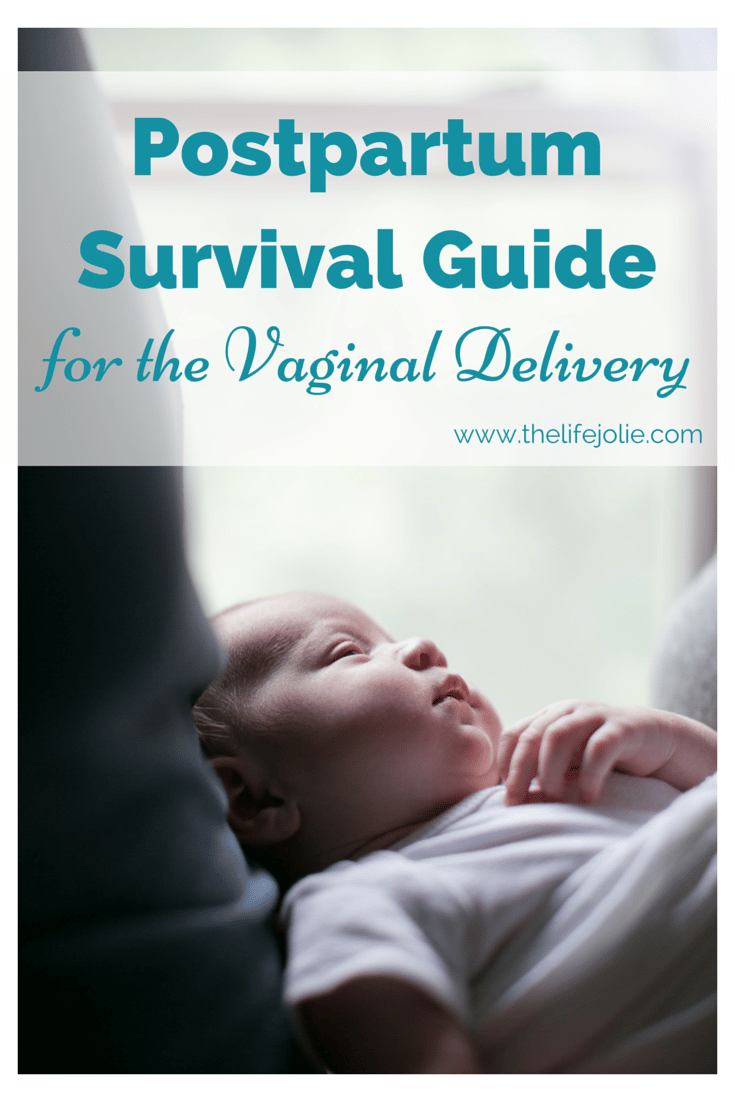