Well, it finally happened. I knew it was inevitable, and honestly, I couldn’t believe we had gotten this far without it. We had a difficult week for eating purees.

It began on Monday, A had her first taste of Lentils. This puree definitely came out with much more texture, I assume due to the nature of what we were pureeing. Up until now, everything had been pureed pretty smooth. To say that A was not a fan, would be an understatement. We had gagging. We had a look is utter disgust. And shortly after we started, it became clear that A wanted no part of them. So I took them away and we moved onto another activity. 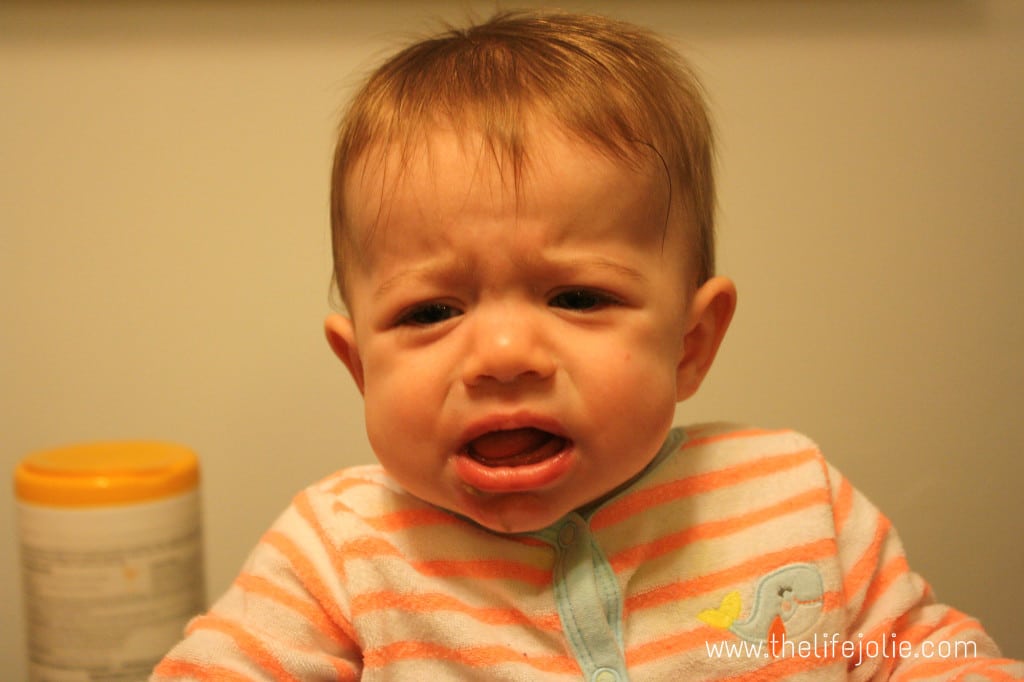 The next day, we had A’s 6 month appointment (a bit late as we are close to 7 months, but that was when they could get us in). Dr. W was very happy with A’s progress. When I told her that I’m trying to figure out the next plan of attack, she told me that I might consider adding more texture to things so that once A masters her pincer grip, we can allow her to learn to feed herself. Additionally, she told me I can add meat as long as it’s not large enough to be a choking hazard. 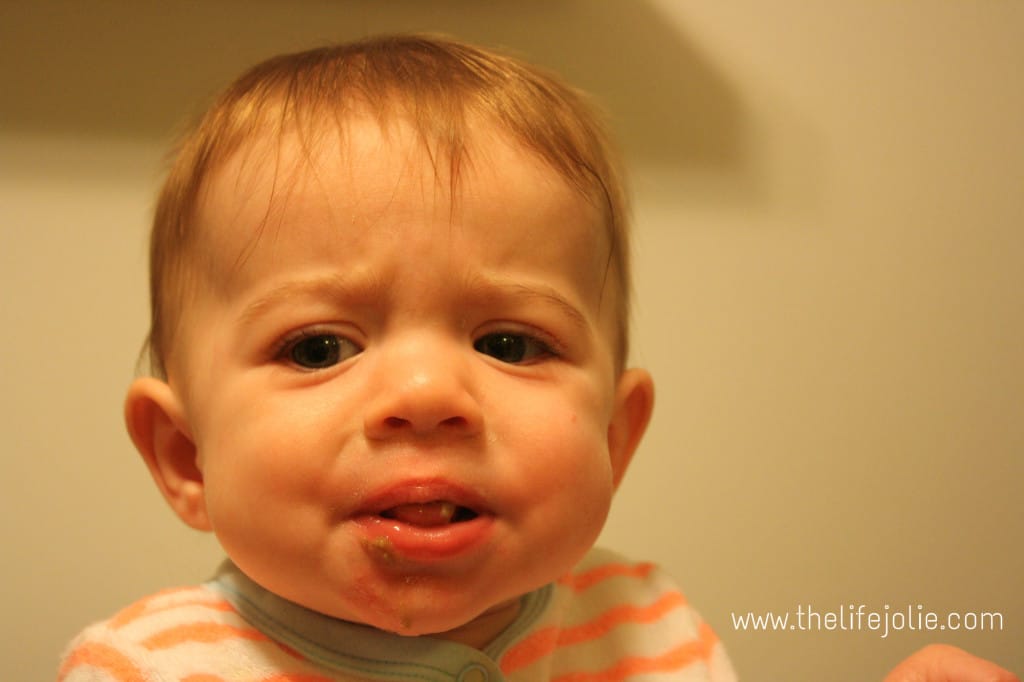 So my plan is to start by adding some dark meat chicken and I picked up some fresh wild cod and portioned it out to steam into small pieces. I’m also planning to begin adding herbs and spices once she gets used to textures. I figure, I can move onto the food mill my Aunt and Uncle gave us and mix the textures with purees we currently have so as not to waste food and also to help transition her into more textures after the Lentil debaucle. I also grabbed a mango to mash up. 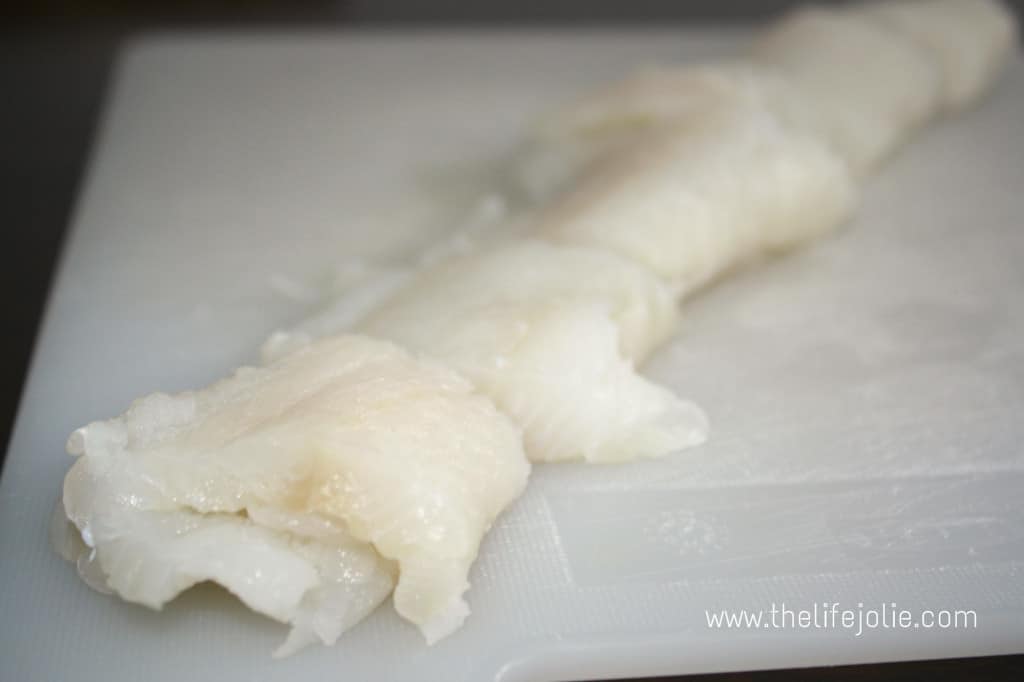 The week continued and A was a bit congested. She seemed to like the pureed Peaches (what’s not to like?). After a decent few days with some hit-or-miss sleep (which we attributed to the trifecta of teething, constipation and congestion) we came to Friday, I gave her the Red Bell Peppers and while she seemed to enjoy them, she didn’t eat as much as I’d expected (this was not limited to this meal, but all of her bottles and her Oatmeal at daycare as well). She also had a bit of a barky cough, but since she had no fever, I figured it was just congestion. Still, I left a voicemail with the nurses at our Pedi just to be sure. Ultimately, I wasn’t able to speak with a nurse, though we had quite the game of phone tag. Our Pedi is open on Saturday mornings for appointments and nurses calls, so I figured I’d keep an eye on her at night and call the nurse the next morning. 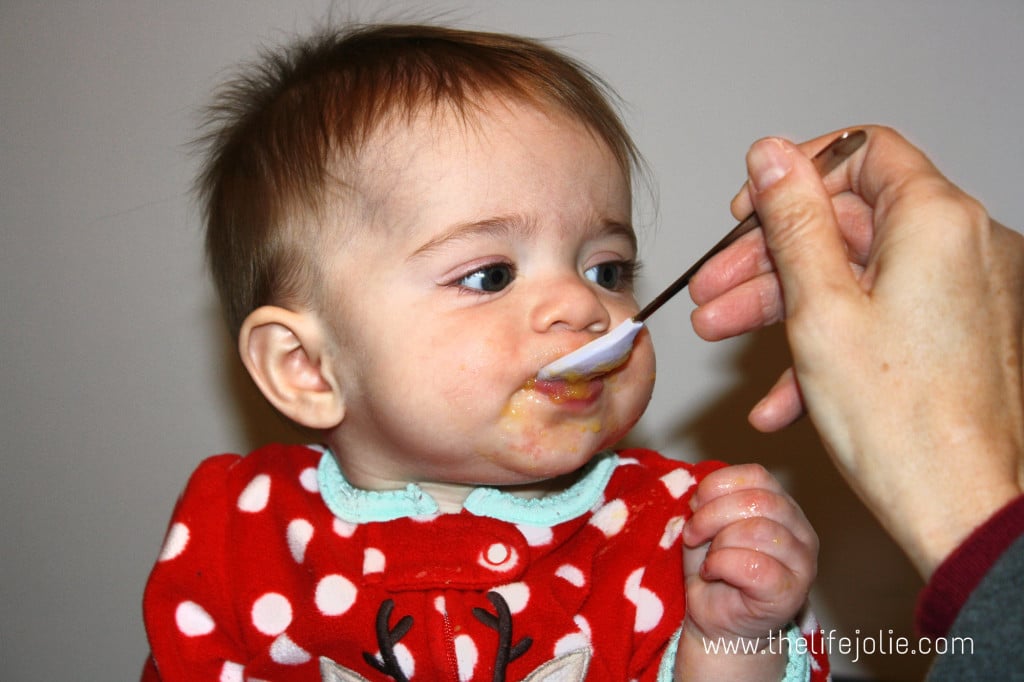 After A went to bed, I checked my email to find an email from her daycare letting all of the parents know that one of the babies had been diagnosed with RSV. After reviewing the symptoms, it seemed pretty obvious that this was what was going on with A: she had the cough, the fussiness, the lack of appetite. she fought a fever earlier in the week. I can’t be sure if that was due to illness or vaccinations (or both). A trip to the Pedi on Saturday morning, not only confirmed this, but also that it had turned into Bronchiolitis. Our poor little sweetie is in better spirits, but still has the cough and her appetite is still hit or miss. She also hates the nebulizer treatments that we have to give her twice a day. 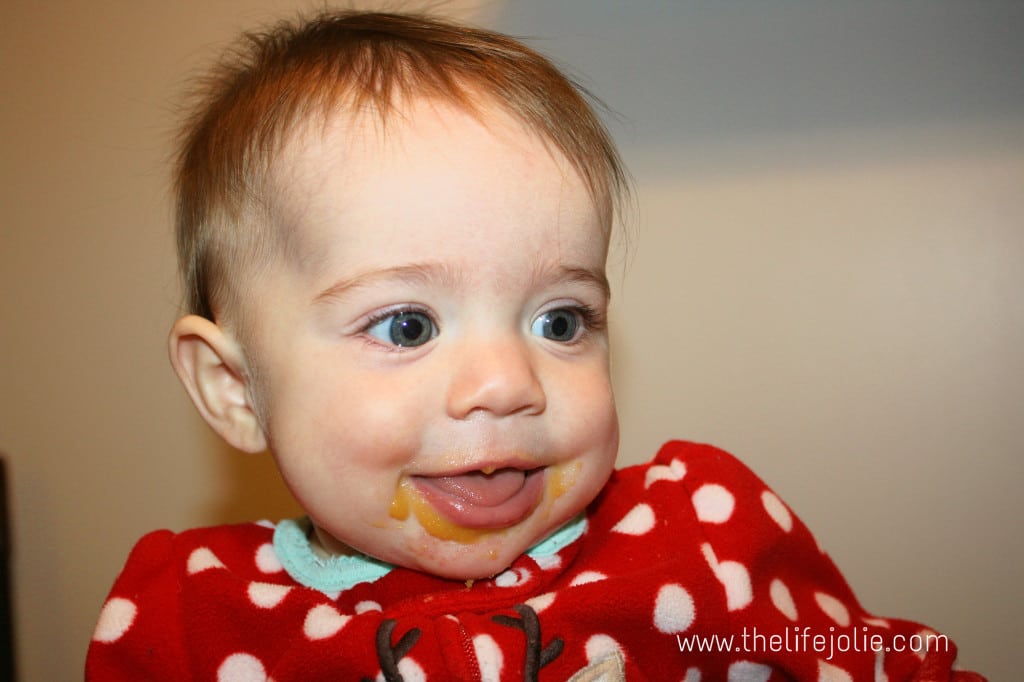 All of that aside, I still think it’s going to be a bit of a challenge transitioning into more texture. Yesterday morning she ate her peaches and cereal without issue, but when I gave her butternut squash puree with some mashed up turnips for texture she once again began gagging and spitting it out. I may not have mashed the turnips enough. Needless to say, that meal didn’t last long. 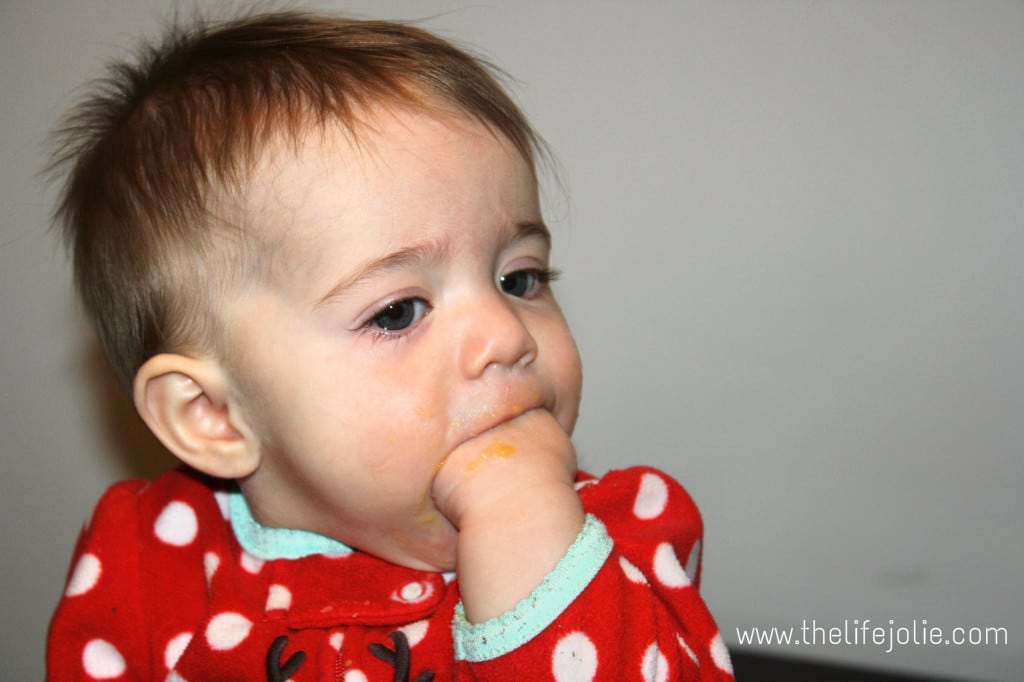 So we are moving forward. I would also like to start feeding her more meals during the day and get it to the point where she is eating breakfast, lunch and dinner. Ultimately, our goal is to have her end up on a schedule of breakfast, lunch, a small afternoon snack and dinner with meals happening at the table only (except for very rare special occasions) and the majority of the meals together as a family.

Here’s hoping we have a better week next week!

Cereals that A likes:

Hit Me With Your Best Shot 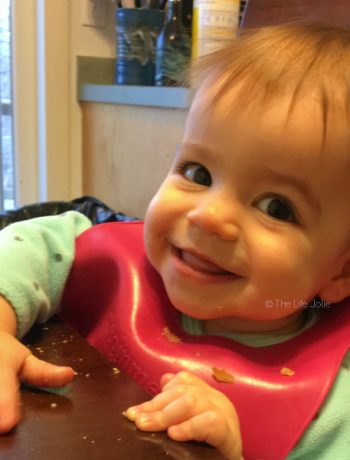 My postpartum experience- the early days