Our eating this past week was a little bit all over the place since we were traveling as you saw in yesterday’s post. While it was challenging in some ways it also presented the opportunity for A to try some things that were a direct result of our trip. 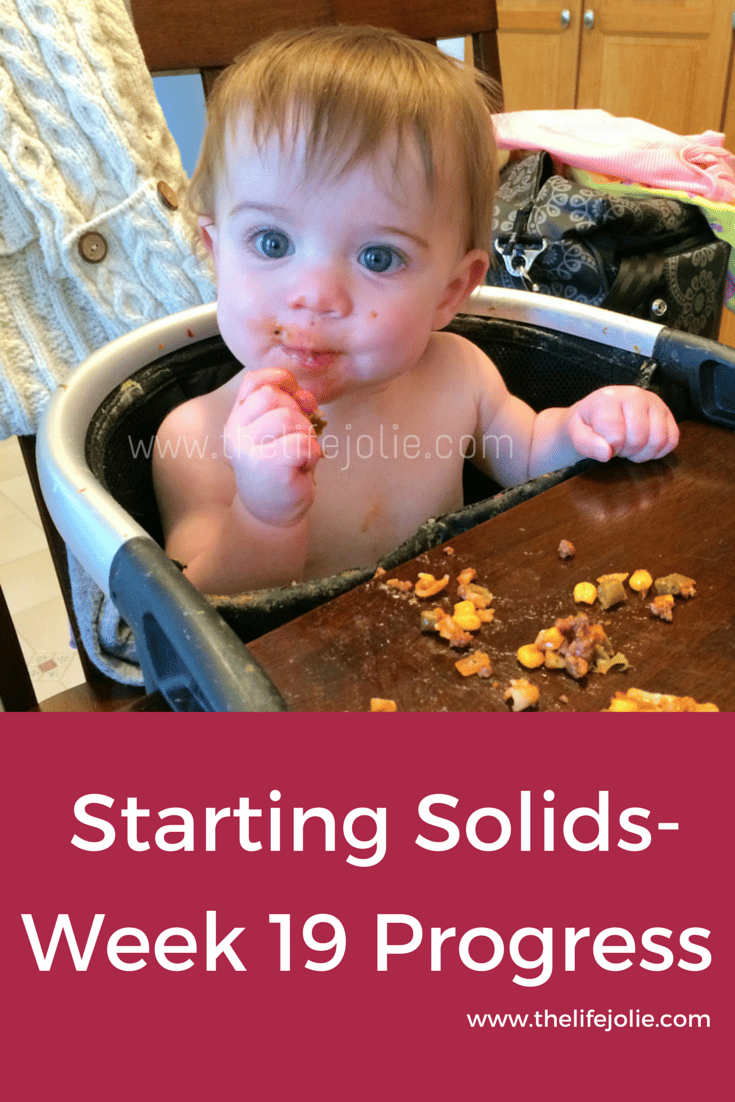 Some of the items that A sampled this week included grits (with white cheddar and bacon- and yes they were as amazing as they sounded), fried green tomatoes, pizza (wood fired, margarita- only the best), cream of wheat, ham, black beans, fried rice, mushrooms, enchilada sauce and vanilla ice cream. 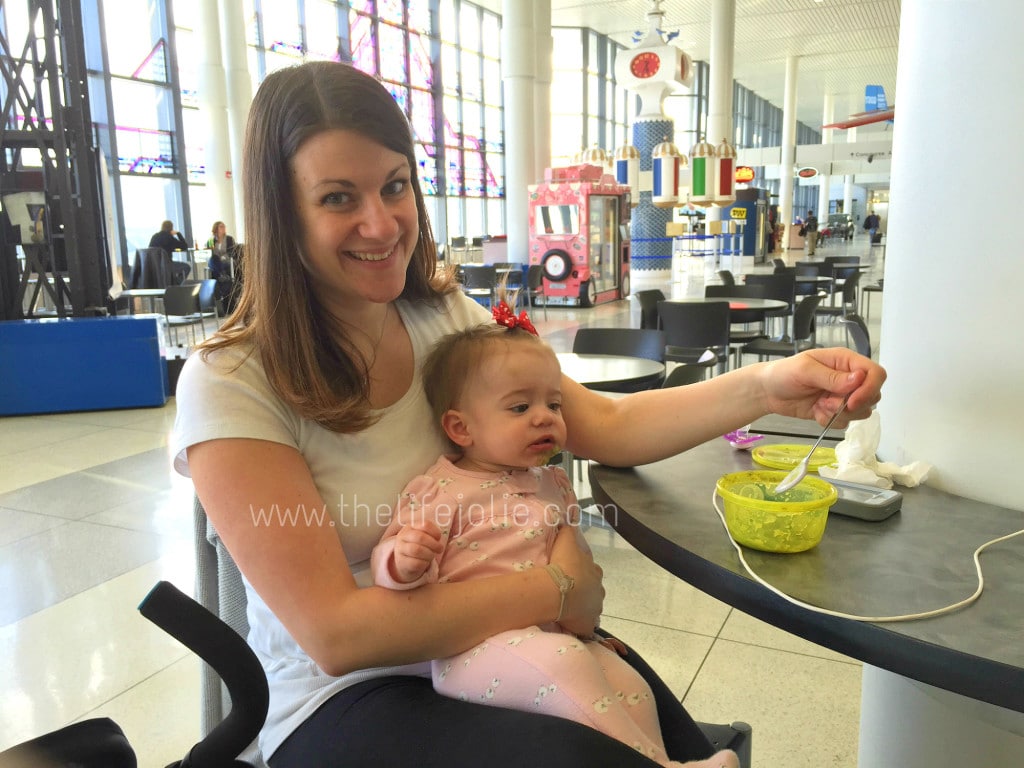 Another notable thing was drinking out of a cup and a bottle of water (not a baby bottle). Up until now I’d never really thought to give her water this way, but when J’s mom mentioned this it seemed obvious. A certainly got a kick out of it, though drinking out of the cup was pretty messy. 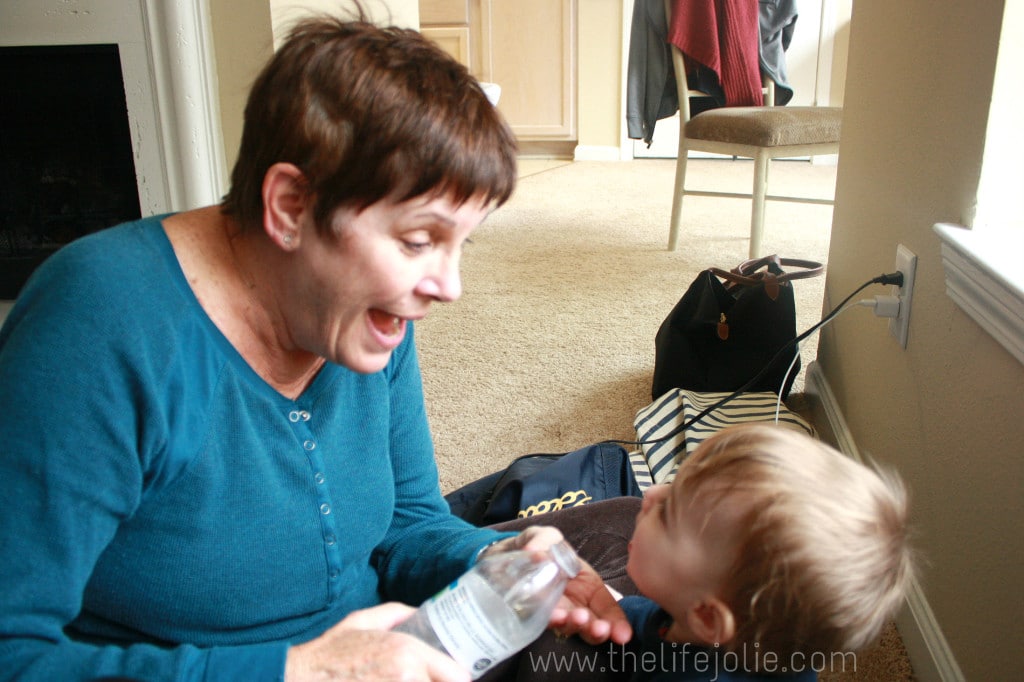 One other thing that was new was that A tried a food item specifically designed for babies. Up until now it’s only been foods that we adults eat (although sometimes pureed). When we arrived in Nashville, we found that my inlaws picked up a few items for A, which was very thoughtful of them and definitely appreciated. One such item was Baby Mum-Mums. These are “rice rusks” or in plain English baby rice crackers that look like little surf board. Ours were banana flavored, though I’m not sure if they actually make any other flavors. A seemed to enjoy them, just as she does everything else and it was interesting watching her take actual bites out of these versus her usual shoveling cut up foods into her mouth or nawing on strawberries. While I won’t be going out of my way to buy her snacks specifically designed for babies (and she doesn’t snack on the go anyway) I’m not opposed to her enjoying these along with whatever else she’s eating at mealtimes. 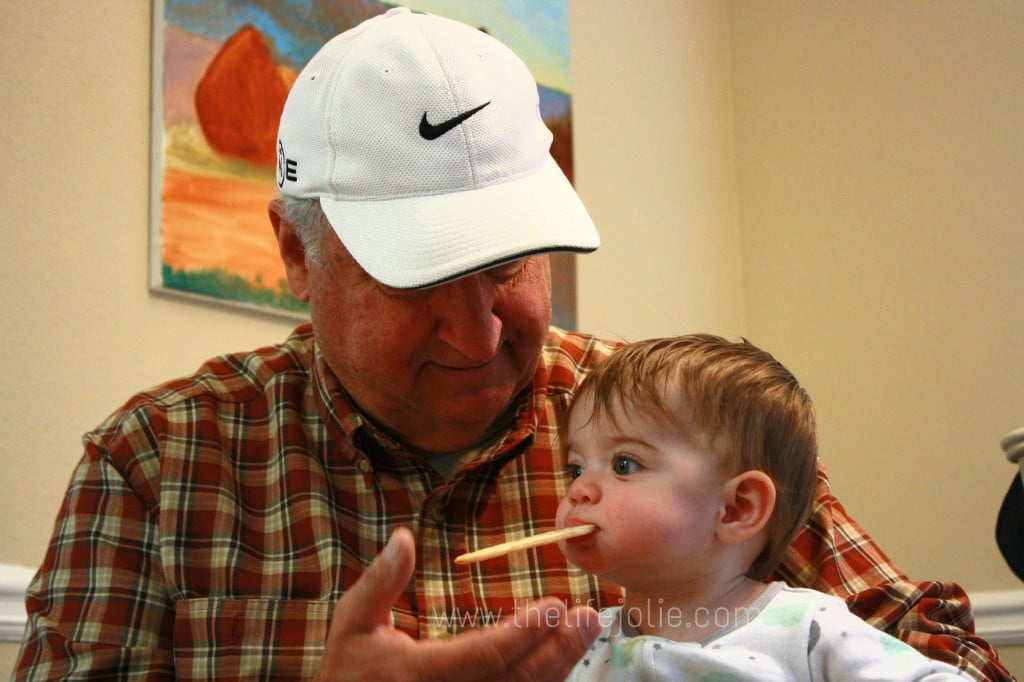 Has your baby tried any new and interesting foods as a result of travels? How did they like them? This can also apply to adults 🙂

Grains/Starches that A likes:

For more on starting solids with A, check out this index. 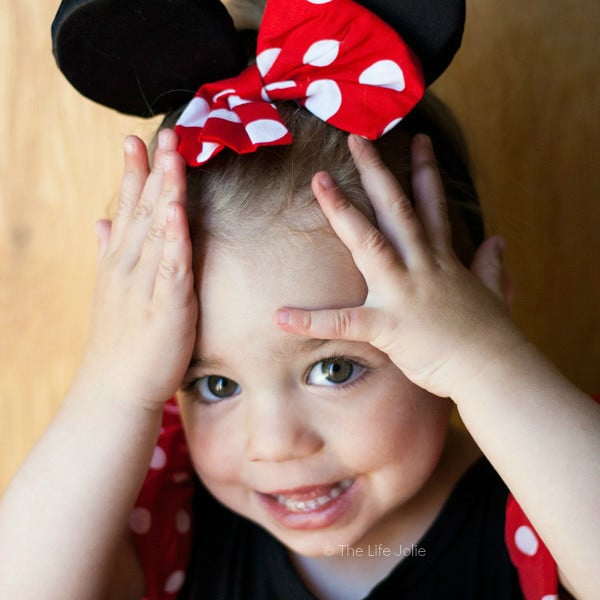 To my Alice on your second birthday 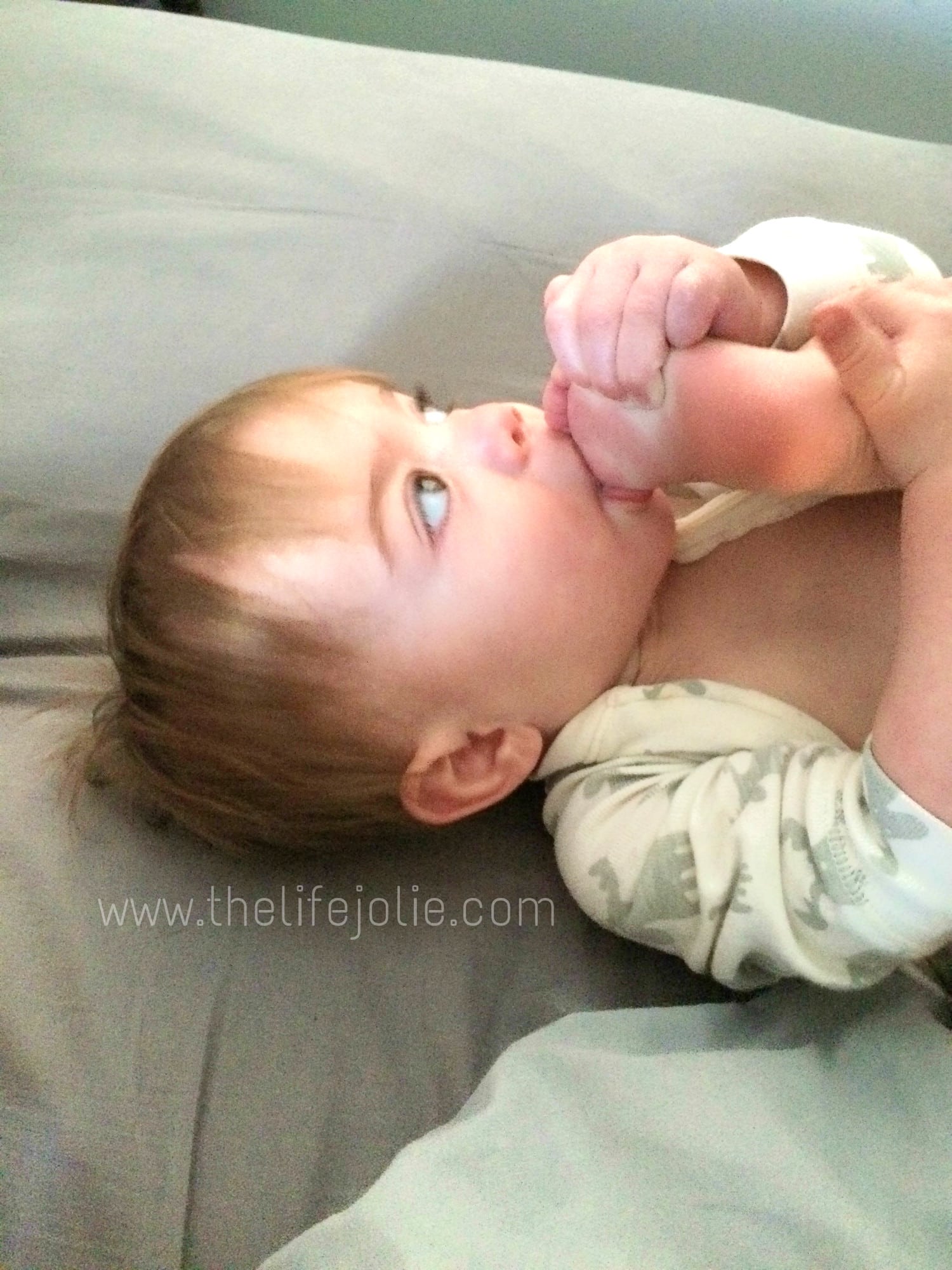 We have reached the ten month old mark