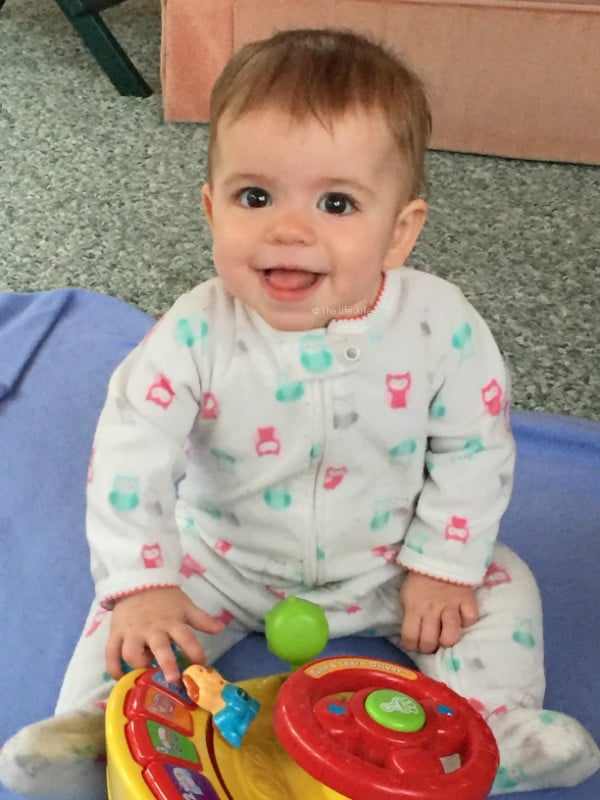 ...And just like that, another month has flown by. Here we are, mid-November with an 8 month old on our hands! I could wax poetic all day long about how time is flying by, but I think you all know that by now.

Tess, my sweet baby, is such a light in our happy home. She has a giant smile lights up the room, which is great news because she rarely stops! Even amid an ear infection, sinus issues (hello congestion!) and a bit of a cough last week, T's disposition remains as sunny as that gorgeous smile. 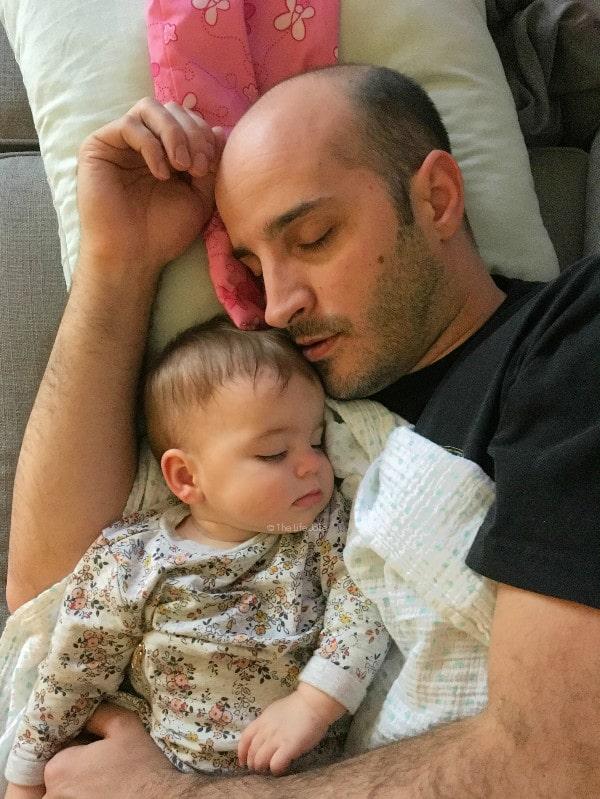 Sleep continues to be consistent and last all night. I couldn't believe that she wasn't waking through her illness, as this is usually the case with sick babies. T-girl powered through it and is currently back to her healthy self! I wrote all about infant sleep here, here and here. Naps are still erratic but we just follow T's signals and it pretty much always works out.

T loves to eat her purees. In addition to the foods I mentioned in T's 7 month update, T also eats pears, asparagus, broccoli and delicata squash (I know, I've been slacking a bit this month!). She also recently started getting baby oatmeal at daycare since we aren't allowed to bring in homemade purees. 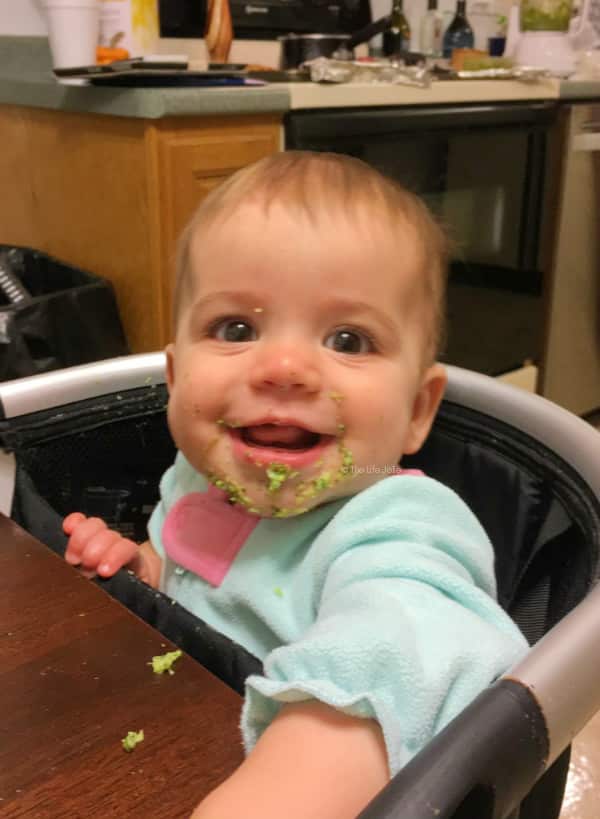 She also loves sitting with us when we eat dinner. We used to have her in her bouncer when we ate and then we'd move her up onto a Bumbo that we had on the table (which I know can be dangerous if left unattended, but one of us always sat there with her and gave her our full attention to prevent her from injuring herself).

Since she's still too small to sit in the little booster we also use for A, we're currently using the one that we can hook onto the table from when A was her age. I'm not linking it because it's a pain in the butt to clean and a hassle to screw onto the table. I don't link products I don't love. Still, it's nice to have T at the table with us. I'm really, really happy we never bothered to get a high chair. Dinner always feels more special with our girls right there at the table with us. 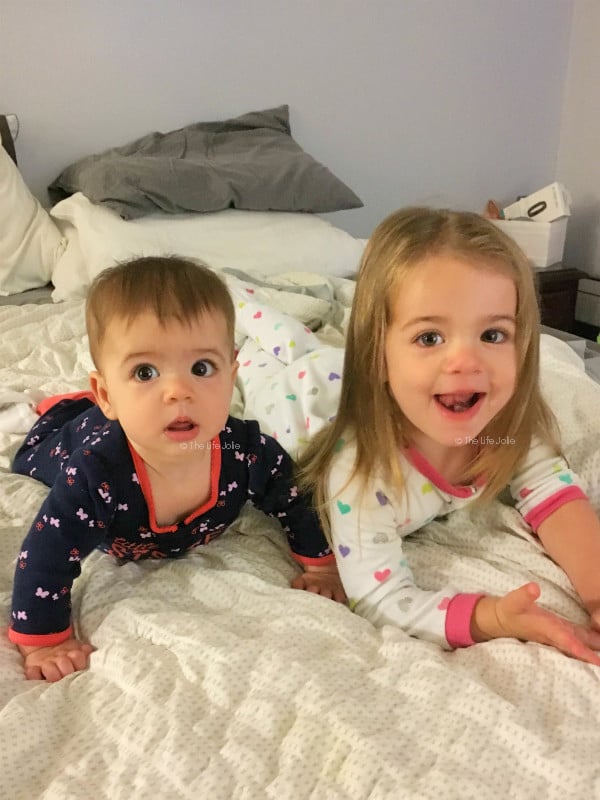 A loves feeding T and often insists on being to one to feed her. She is extra careful to not put too much on the spoon and goes slow. She also gets a big kick out of telling T she's a messy girl in the special voice she only uses when she's talking to T. She also makes sure to tell us that she's being a good big sister when she feeds her.

During baths she asks to bath her as well. Once in a while T gets mad about a little water in her face but for the most part she really doesn't mind. 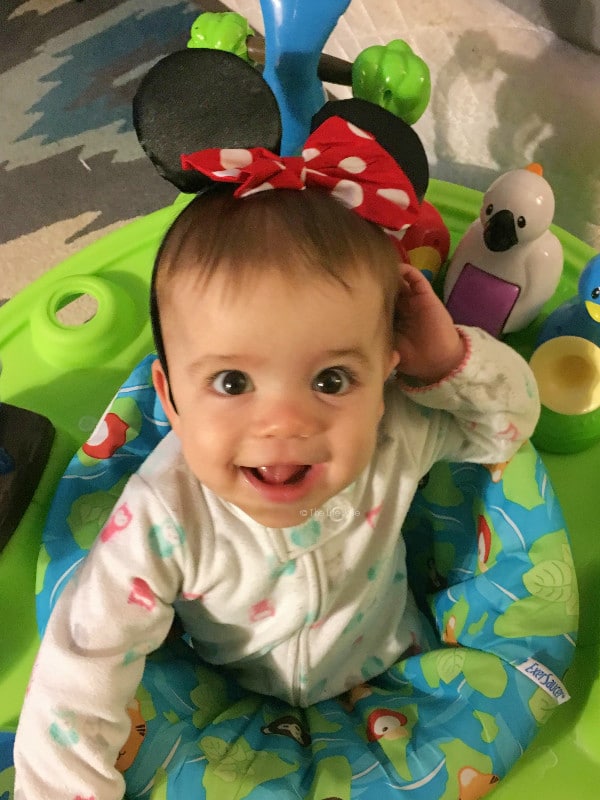 T is still killing it with the nursing. Thank goodness, because formula is expensive and we're still trying to get back on track after my twelve week maternity leave. I'm still pumping each work day and my supply is hanging on for dear life. I wish I had a little more milk in my freezer but I generally have a few extra bags and we also have some formula in the pantry, just in case.

I can't believe that I'm actually enjoying nursing. I never really expected to enjoy it. It help's that T is a pro. It's still adorable when she randomly pulls off and just stares up at me, like she's staring into my soul. 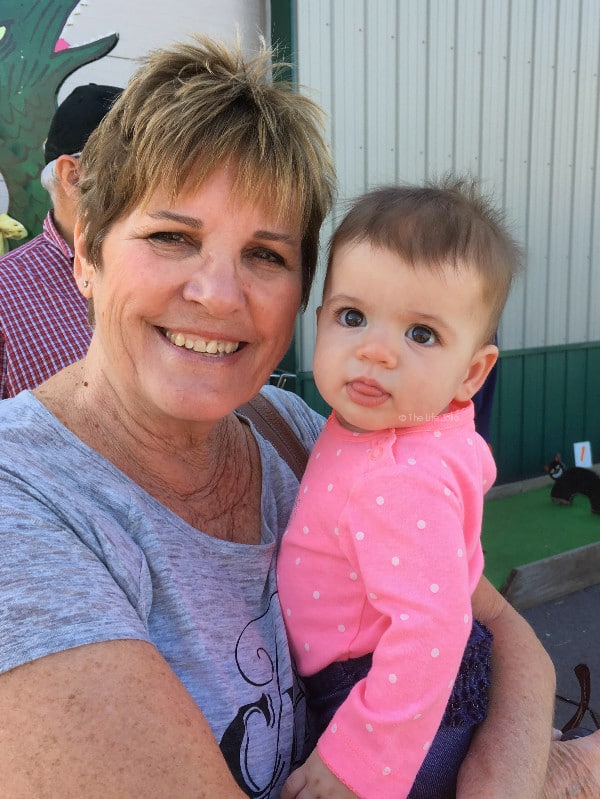 Sometimes while she's nursing, I'll do something that I know makes her laugh, like a fake sneeze or an exaggerated yawn. When I do this, she keeps right on nursing but her the corners of her mouth turn up into a big smile while she's eating and sometimes she'll even let out a little giggle.

I'll admit I do this pretty often because I love how her sense of humor and personality shines through. But she doesn't let that get in the way of her all-important-task-at-hand (eating!). Girlfriend has priorities, just like her mama! 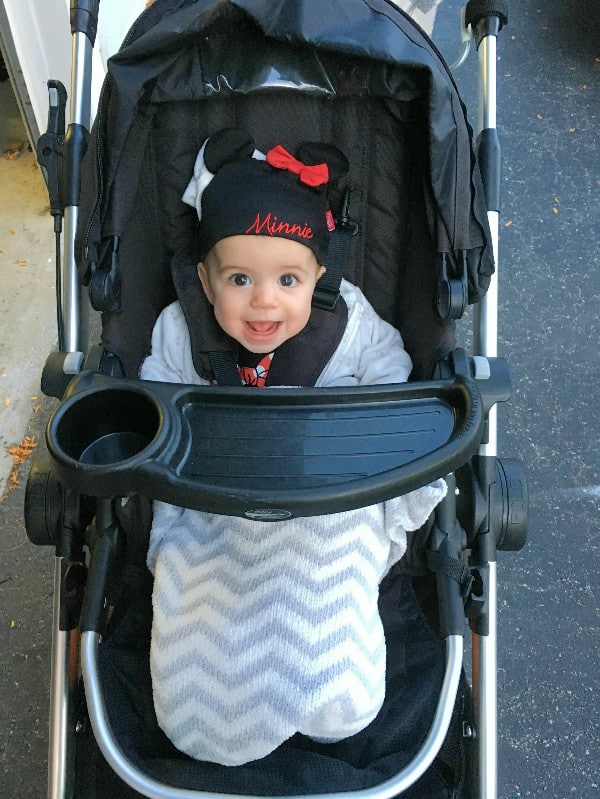 Last week, T began frequently saying "da-da-da-da-da." While she doesn't yet associate that with her daddy, we like to pretend she does. I think A gets a big kick out of the fact that T is trying to "talk" now. She gets a huge smile on her face every time.

T's ticklish on her belly and her neck and loves being tossed in the air and bounced. She also enjoys yawns, fake sneezes and zerples on her belly.  A wide array of noises that we make gets a smile and giggle out of her and she also gets really happy when we talk to her. 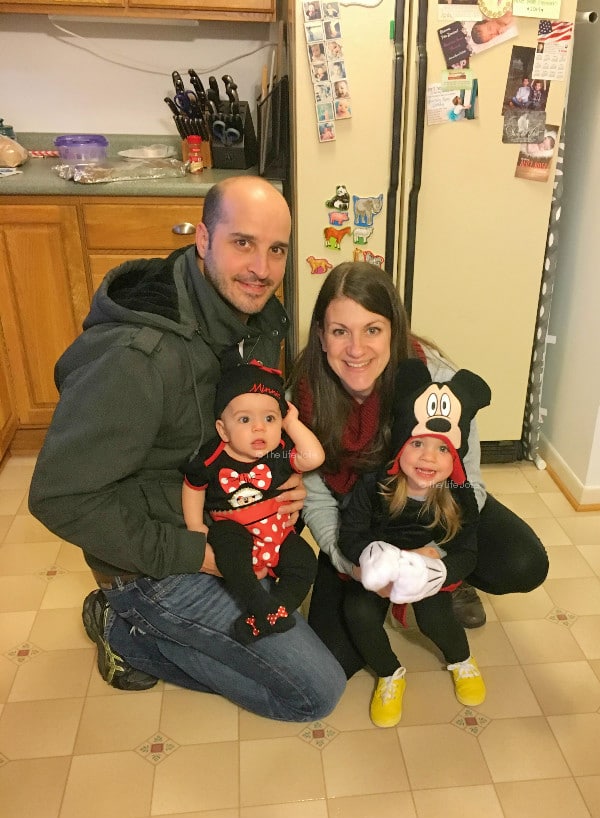 But some of her biggest smiles come from interactions her sister. At any given moment, T will be watching A. She is fascinated with her. For the most part A is down with this and reciprocates that love (though she's still working on being ok with sharing her toys with T). The other day, A discovered that if she looked at T and went "ROAR!!" T would endlessly giggle. So naturally she took this and ran. She couldn't stop and it was so great to watch them going back and forth. 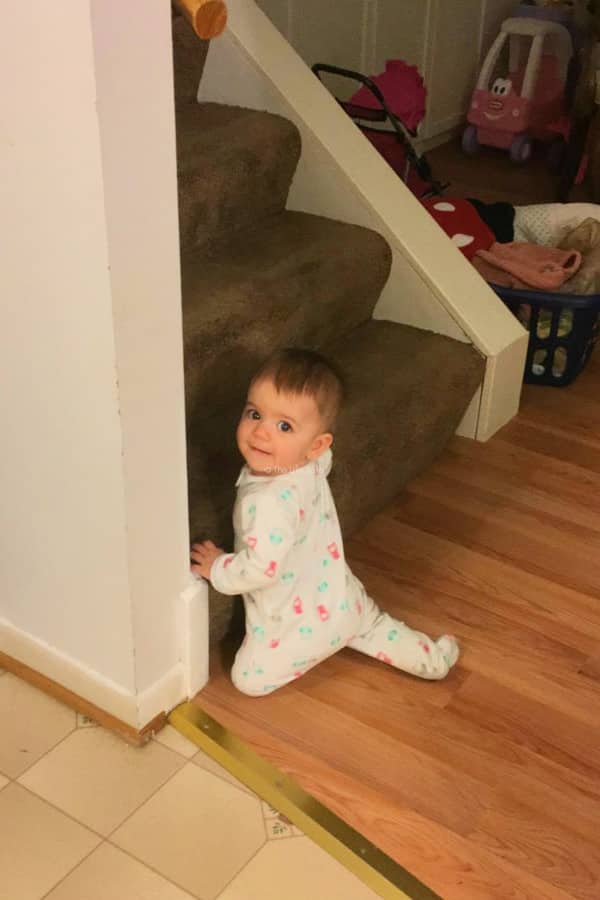 T is now pretty great at crawling. She's not too fast which is fine with me but she certainly gets around and is clearly proud of herself. She is trying to pull up on everything, we'll be lowering her crib this weekend (cue the it's-going-too-fast mommy tears!).

I'm so excited to celebrate T's first Thanksgiving next week. We'll be spending it in Nashville with some of my husbands family and we're all super excited to get some quality time with them! I'm slightly apprehensive about the twelve+ hour drive (which we will likely be breaking up over two days unless a miracle happens). I've never done a road trip with two little ones but I think it'll be ok (and you know I'll be making sure we get an Ikea stop in there!). 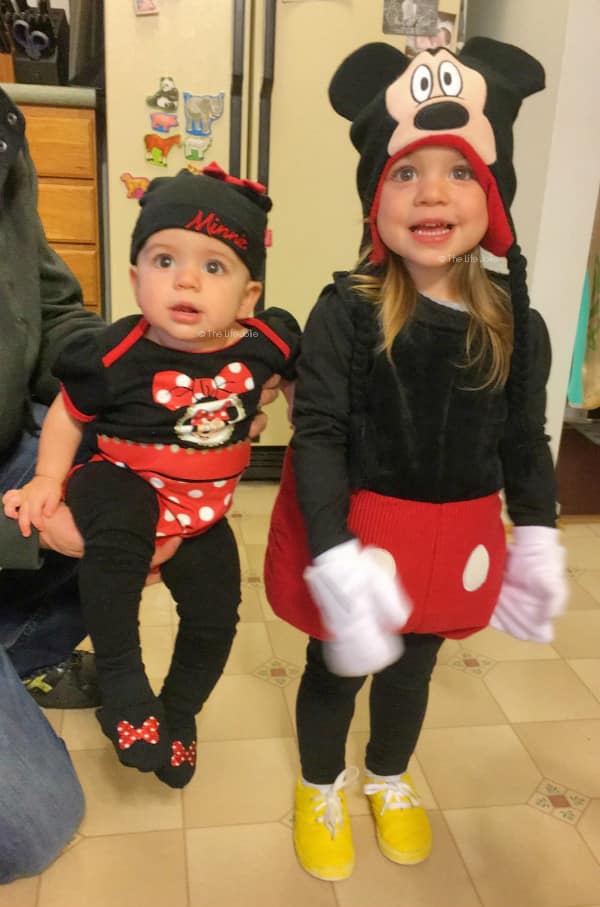 Either way month seven has been a joy! This is such a fun age and it's been a joy watching T start to show us her fun personality. Now on to month eight!