Blog » Pregnancy » The third trimester of my second pregnancy

Yet again, a disclaimer: this post contains some pretty personal information involving the delightful (and sometimes graphic) things that happen during pregnancy. Enter at your own risk. Also, it's long as hell, so treat yourself to a cookie or a giant glass of wine for finishing it. If you don't want to know about my bodily functions that intimately, I encourage you to check out some of my delicious recipes. Because food is always a good idea.

Well. Here I am. Thirty-eight weeks pregnant as of Wednesday.  I think it's safe to say that we're officially on baby watch, though I think Bubbles still has a little baking to do. I'll be honest, I'm feeling pretty terrible physically and have been for much of this trimester. I hate to be the person who complains, and I'd imagine there are women who still have it much harder than me. But this pregnancy has been physically way more difficult than my pregnancy with A.

I'm definitely at the point where I'm ready to delivery Bubbles and start our journey as a family of four. I have 3 acquaintances, all of whom were due with March babies and all of whom delivered in February (they were all full term for delivery and have healthy babies). I won't lie, I have a bit of baby envy, specifically about the fact that they have already gotten to meet their sweet little ones. I'm just dying to start bonding with my gal in person.

The other night I allowed myself a five minute pity party, where I basically felt bad for myself about the fact that she's not here yet. I know this completely irrational, since I'm only thirty-eight weeks. She still obviously needs time to bake and I want her to take whatever she needs. I also haven't lost sight of the fact that I'm extremely blessed to have been able to carry another baby to full term, a luxury not afforded to everyone. I'm just impatient! 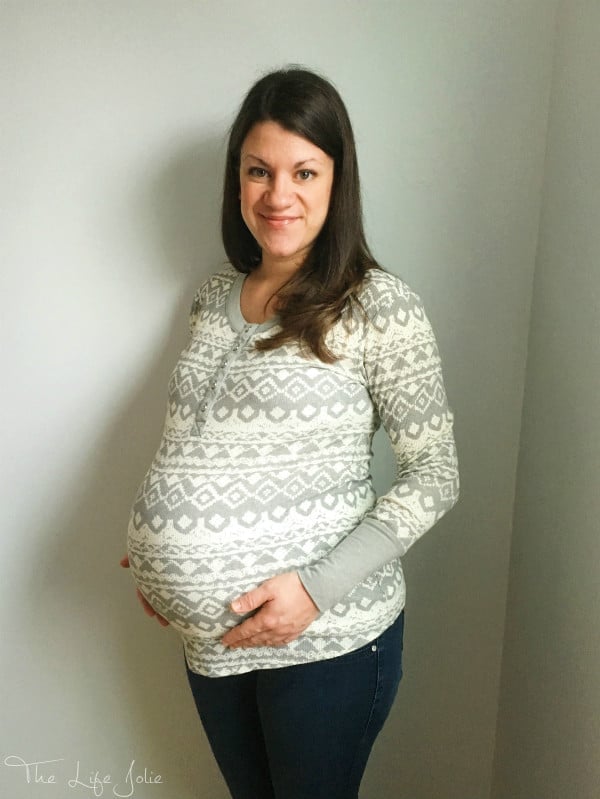 So here are a few FAQ's about this third trimester:

So where does A stand on this whole big sister thing?

We've definitely been discussing A's little sis with her much more as we get closer. She loves to hang out in Bubbles' nursery. As I mentioned in her 20 month update, A is all about the Big Sister book and points out which character is her and which is the baby. When I ask where her baby is she points to my belly and kisses it. I ask her if she's excited to meet her sister and if she loves her and her answer is always yes. Still, I don't think that she truly understands what's coming.

I think it will certainly be a transition for A, but oddly, I don't feel guilty about adding another kid into the mix. I'm just a ruthless pragmatist. I generally don't subscribe to mommy guilt to begin with, but especially in this case. It's normal and inevitable that A will have her moments and challenges regarding her sister, but I'm confident in A's ability to learn from this experience and also in J's and my ability to include her in all of this and reinforce that she is not being replaced. We shall see!

Due Date: This has not changed, we're still looking at a March 16th due date. Many family and friends have mentioned that they think I'm going early (they all said that last time and A was pretty punctual, arriving two days prior to her due date). J has also indicated that he's been telling people she expects her to arrive in the first ten days of March. I'm trying to not to think about it because I'm sure this all totally jinxed me and Bubbles will totally be late!

We haven't had any scans since the anatomy scan at 18 weeks. So to my knowledge, Bubbles is still a girl (it was pretty obvious at that time!).

Have you chosen a name?

Yes and you'll have to wait a few more weeks to learn it.

So there you have it. The ins and outs of this third trimester. I look forward to having happy news to share in the coming weeks 🙂