Blog » Parenting » Information about getting a tubal ligation: Surgery Day

This is part two of a three part series about my experience getting a Tubal Ligation. Part one has information about the time before the surgery. Part three is all about recovery. I also wrote about the emotional side of a tubal ligation. The purpose of all this is to share what my experience was like.

This is all entirely based on my own personal experience and may not reflect other people's unique experiences, so keep that in mind. As always, I will be completely open and honest, so if you don't want to hear intimate and sometimes graphic medical details, I encourage you to skip this post and check out some of my delicious recipes! Most importantly, do your own research (with reputable sources. Real doctors > Dr. Google), learn the risks as well as the pros and make the best decision for yourself. 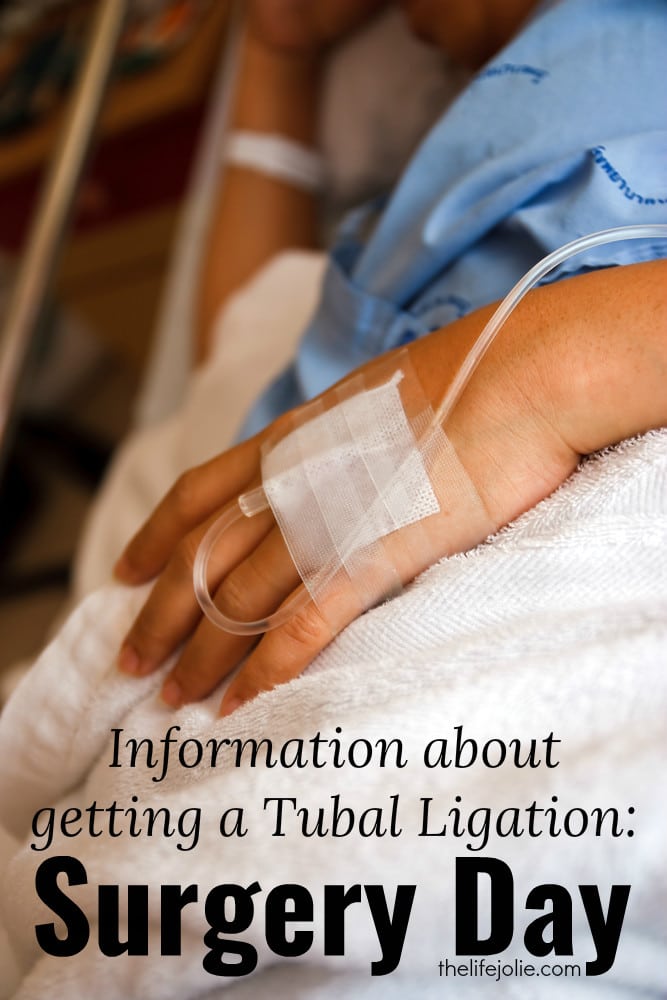 In this post I'll be covering (these are clicky for your convenience):

Now that you've chosen to move forward with your Tubal Ligation surgery, you'll have to do a few things to prepare in the hours leading up to your procedure:

When the procedure was over:

Next week I'll share some information about my recovery at home.

« Information about getting a tubal ligation: Before the Surgery
Spanish Rice »