This is part one of the only Meat Sauce recipe you’ll ever need. It’s an extremely detailed (but still simple and easy) recipe for my Grandma’s homemade, Italian meat sauce and this seriously is the very best Sunday sauce you’ll ever taste. This first part is all about making authentic meatballs and fall-apart-tender pork for your sauce as well as the secret ingredient that makes this sauce so delicious! 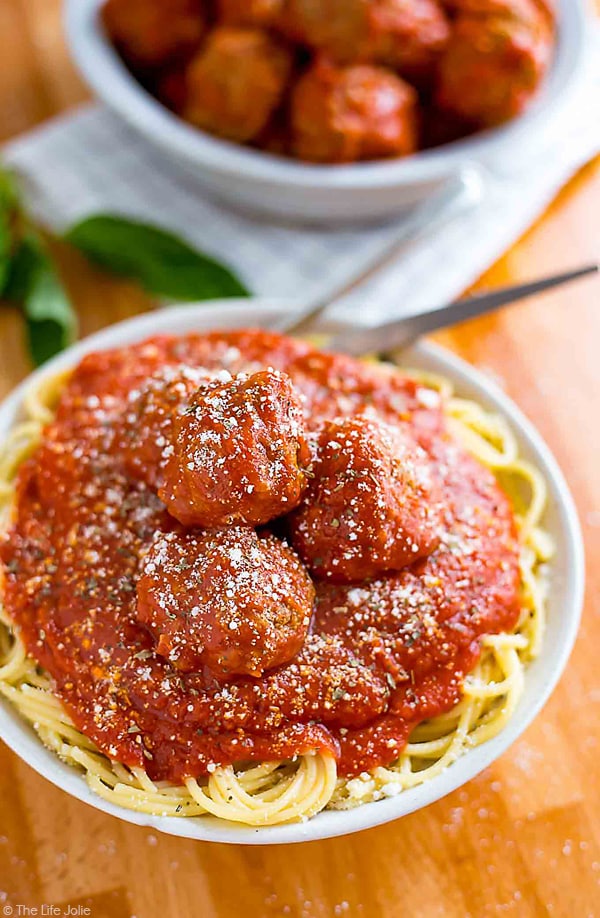 Phew, that title was a long one, wasn't it? I know. It's a little much. But I wanted to make sure I got the point across. 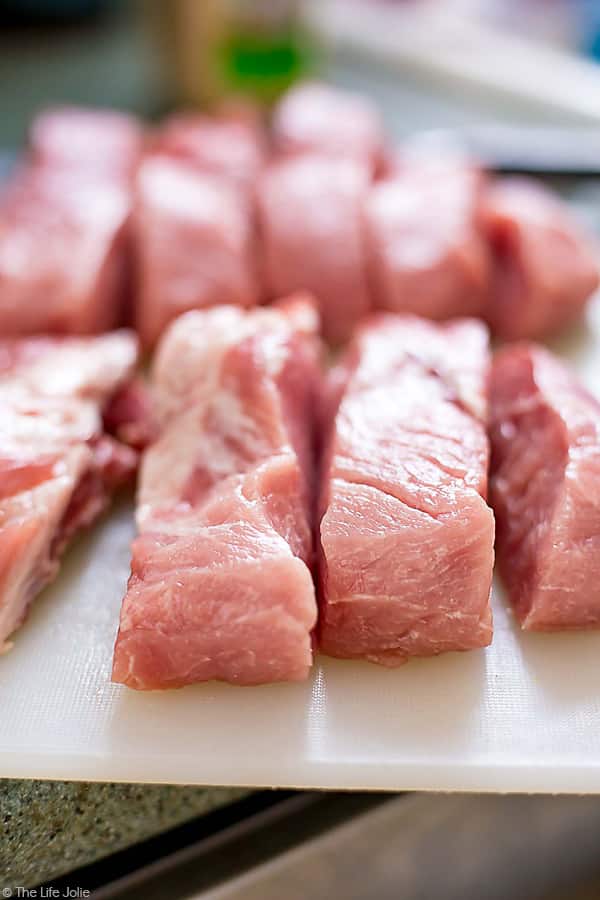 In an Italian-American family, the sauce is King. Every family has their own sauce which they know is better than any other sauce (this one really is, I promise!). And within that family, each member has their own variation of it.

This is certainly the case in our family. They're all generally the same idea, but each of us is doing it with a different hand and feel. There may be things I mention in this post that some of my family would say "No, no no- that's not how you do it- you do it this way." And at the end of the day our sauces will all be delicious and likely quite similar. 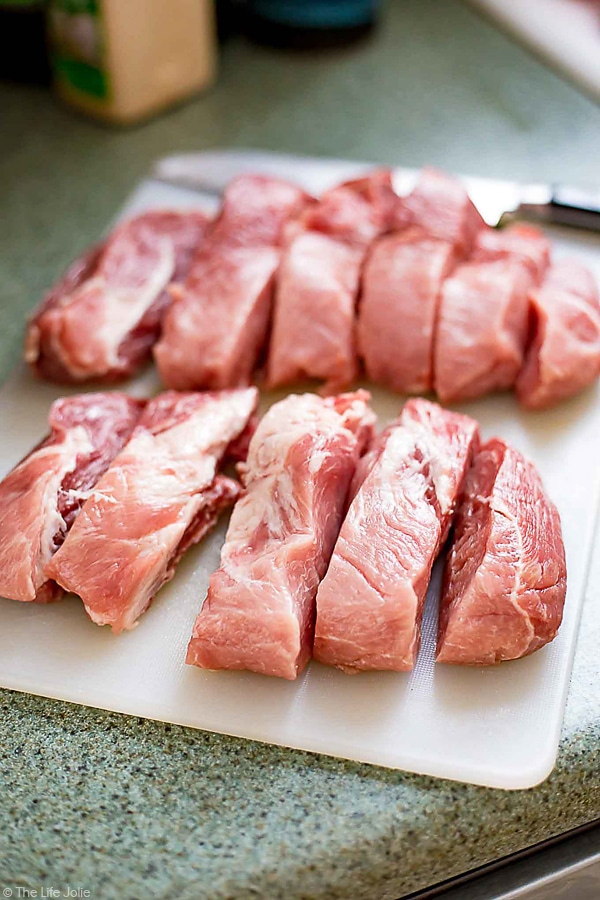 Before my Grandma Rose died, my dad sat down with her for an entire day while she made meat sauce and she showed him how to make it. Being the studious and detail-oriented guy that he is, he wrote down exactly what she said, word-for-word. 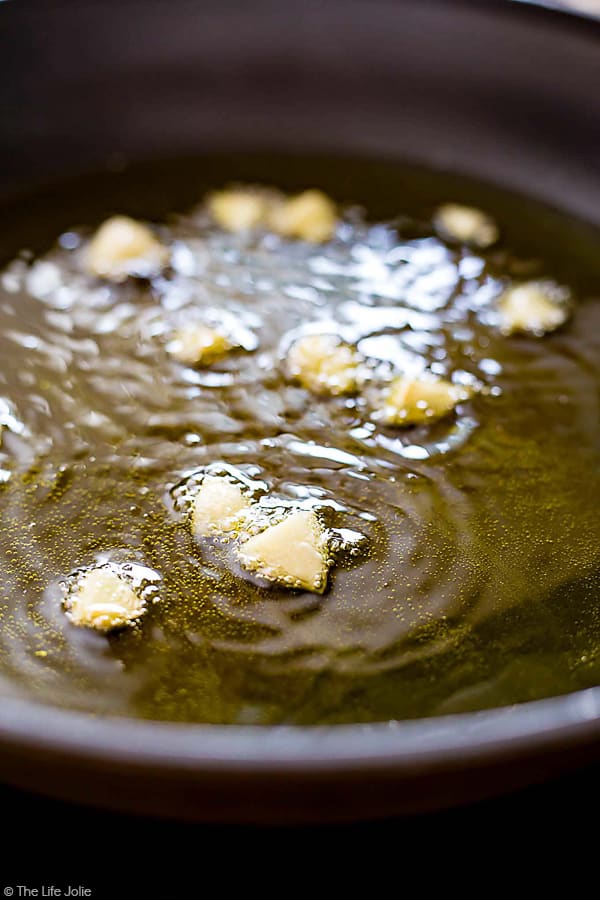 I was super close with my Grandparents and I miss them terribly. I'd be lying if I said there wasn't a part of me that gets a little sad as I read her words. I can just hear her speaking those exact words and kindly but firmly chiding me if I make a misstep. It's comforting to read her words but slightly heart breaking as well. 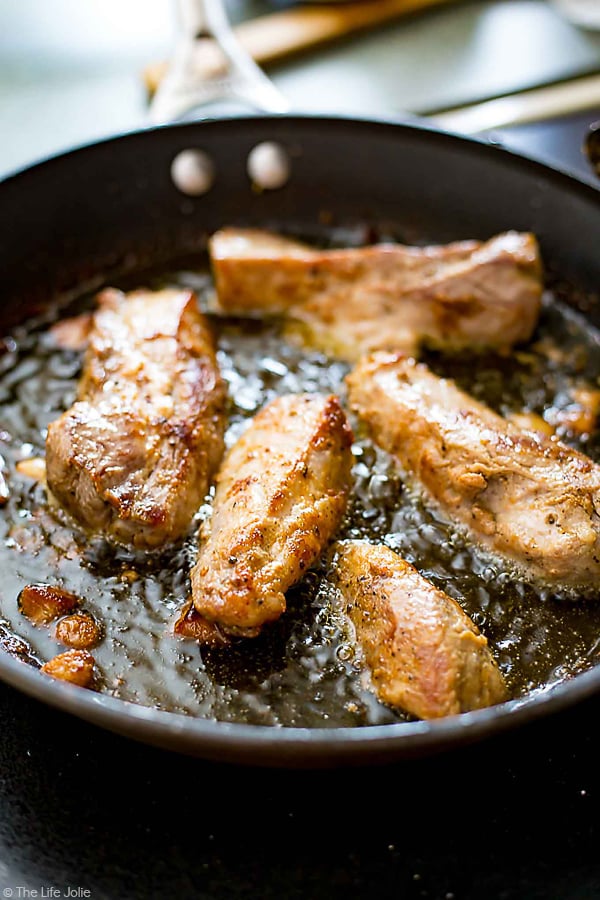 This recipe is the sauce I ate almost every Sunday growing up. It is sacred and it is, without a doubt, the absolute most delicious thing I've ever eaten. As a little girl I can remember making a point to hang in the kitchen, because the minute my mom turned around, Grandma would take a meatball and put it on a saucer and give it to me with a wink and a smile. 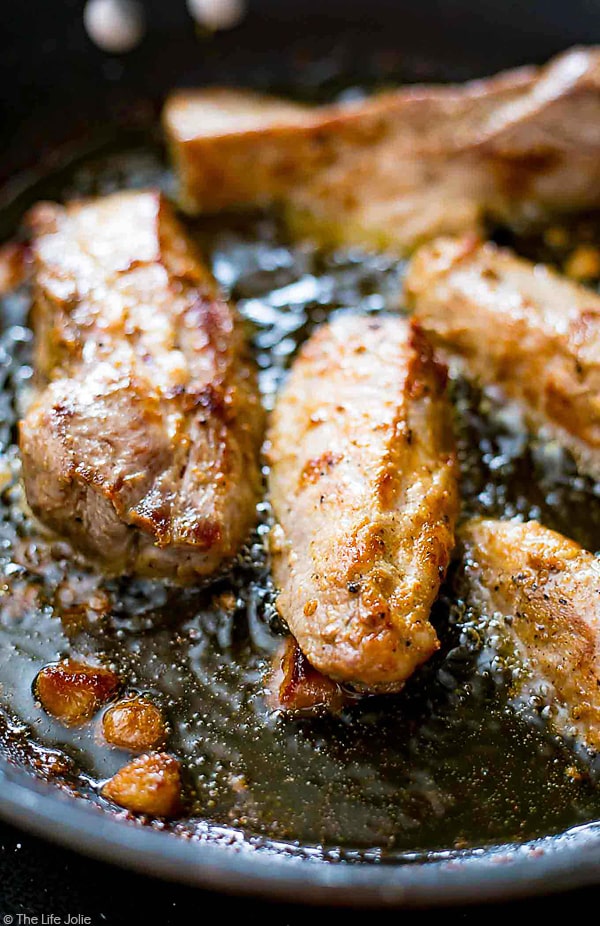 Now some people like to keep family recipes secret. They might argue that I should keep it in the family. And I get it to an extent. But Rosie was always extremely generous in so many ways and I truly believe amazing food should be shared. I also believe that everyone should have this sauce in their life because it really is that good. 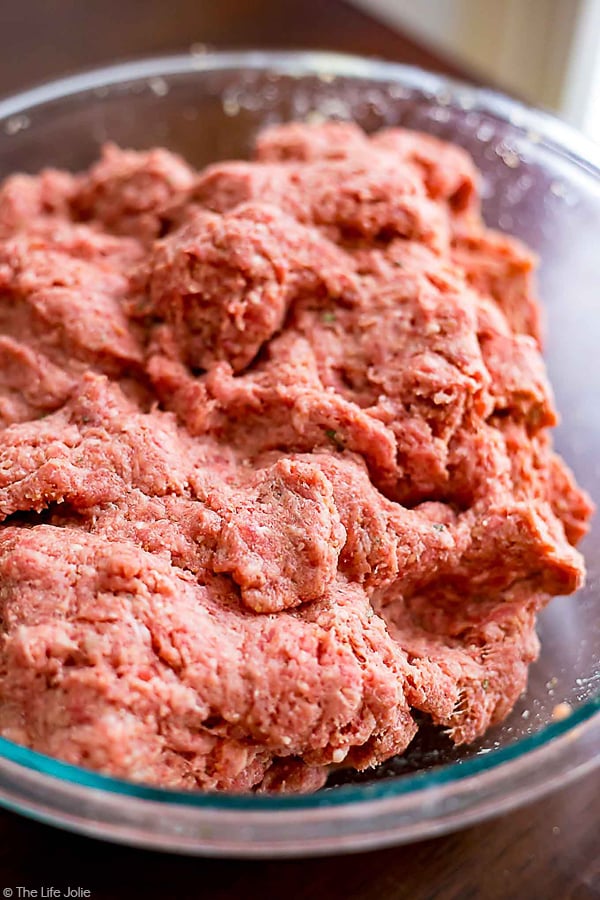 I went ahead and broke this down into two posts. This post is detailing the process of making the most perfectly tender meatballs and pork, as well as the liquid gold. Liquid gold is the secret ingredient that takes this from being a delicious meat sauce to an exceptional meat sauce. 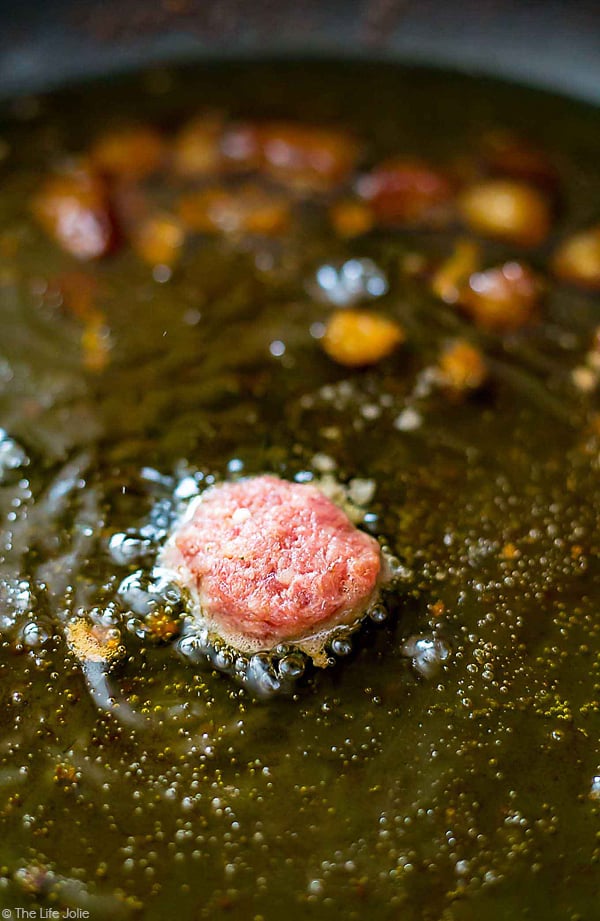 You should know going in that Rosie was extremely specific and picky about her sauce. It had to be a clean sauce, free of chunks of tomato, garlic, onion and basil (even though all of those things are still important components).  Even though bits of onion and garlic and all those glorious brown bits from frying the meat are super important in flavoring the liquid gold, Rosie would not stand of even a crumb of those floating around in her sauce. 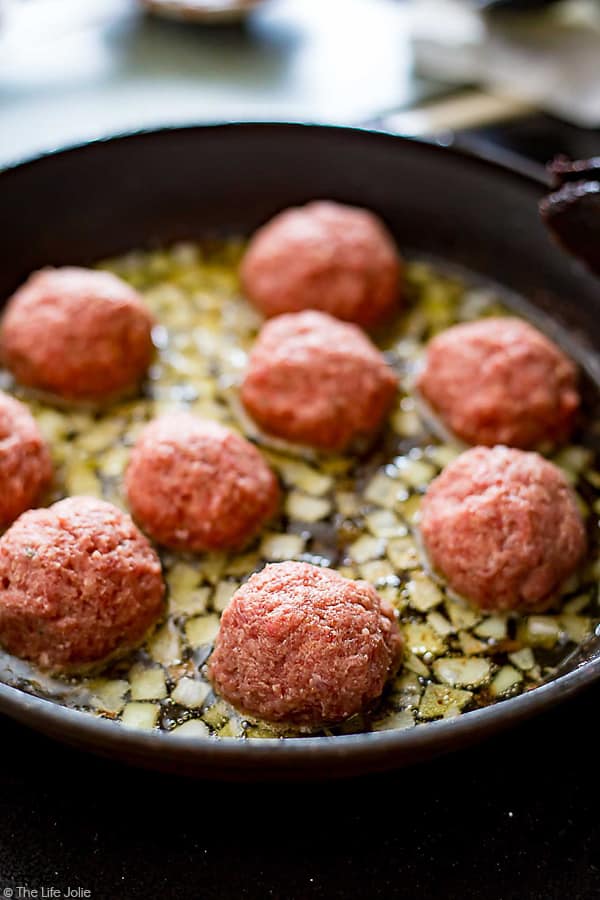 She was also very adamant that while garlic is important, you don't want to go too heavy on it. I can remember her watching Giada on the food network and spending the entire show wrinkling her nose, shaking her head and exclaiming "too much garlic!" But don't worry, this sauce definitely does not lack in flavor. 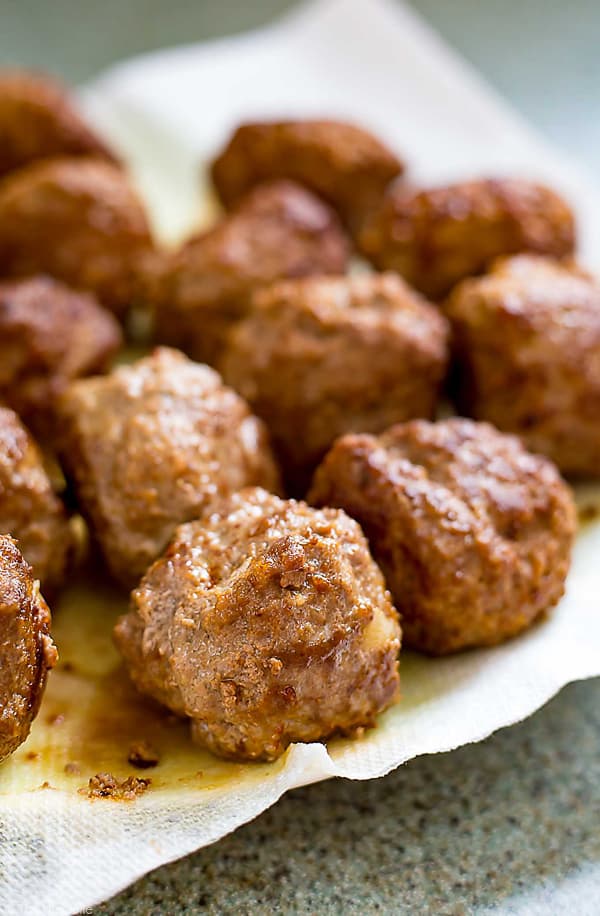 Rosie always used pork, generally country pork ribs (either bone-in or boneless, depending on what looked good. For this we used boneless because those were looking better that particular day). She also made a ton of her perfect meatballs. These meatballs are endlessly tender, perfectly flavored and melt-in-your-mouth delicious. As a general rule, a meatball should never bounce because that's an indication that the meat is too hard. 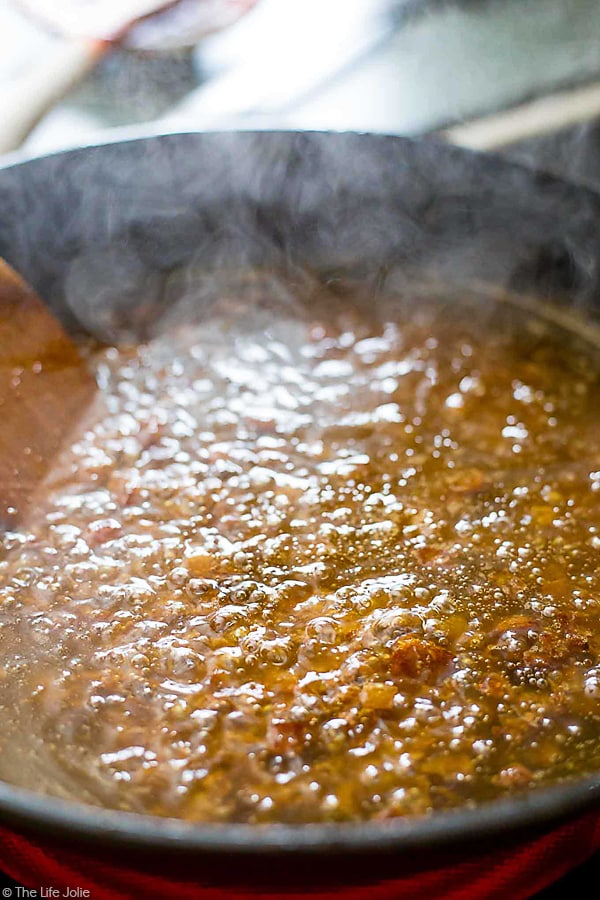 There's also a variation to this recipe for adding Italian sausage. There were many Sunday dinners that included hot and sweet Italian sausage in the sauce but that variation is in the notes because she always did sausage differently so as not to intermingle the different sausage flavors into her sauce flavor. 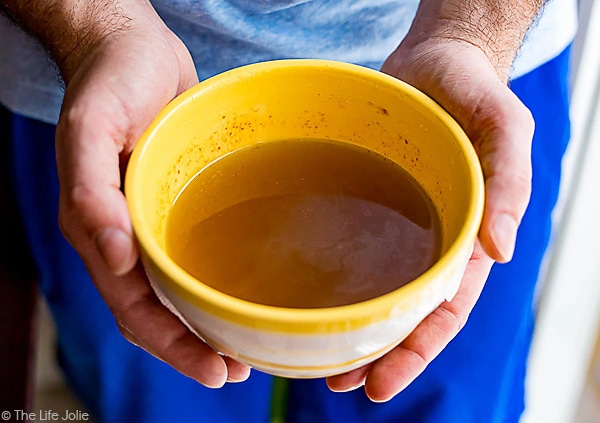 The recipe is long and detailed. I am leaving it in my beloved Grandma Rose's words because that's the way it was meant to be. I may pop in here and there in the recipe to clarify things or add certain notes. You'll be able to tell that it's me talking because I'll put my own words into parenthesis. 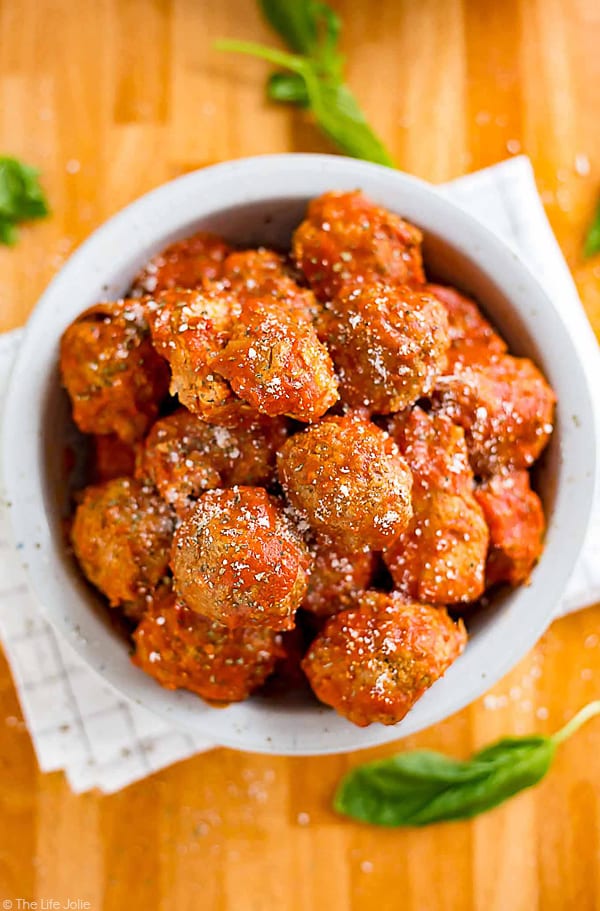 Though the vast majority of my recipes are super simple, this is much more detailed. It makes a ton of sauce: a giant pot! Since it is time consuming, this is a good thing because you can freeze a ton of it and pull it out as you need it. If you have a full day available, bang it out in one-fell-swoop. 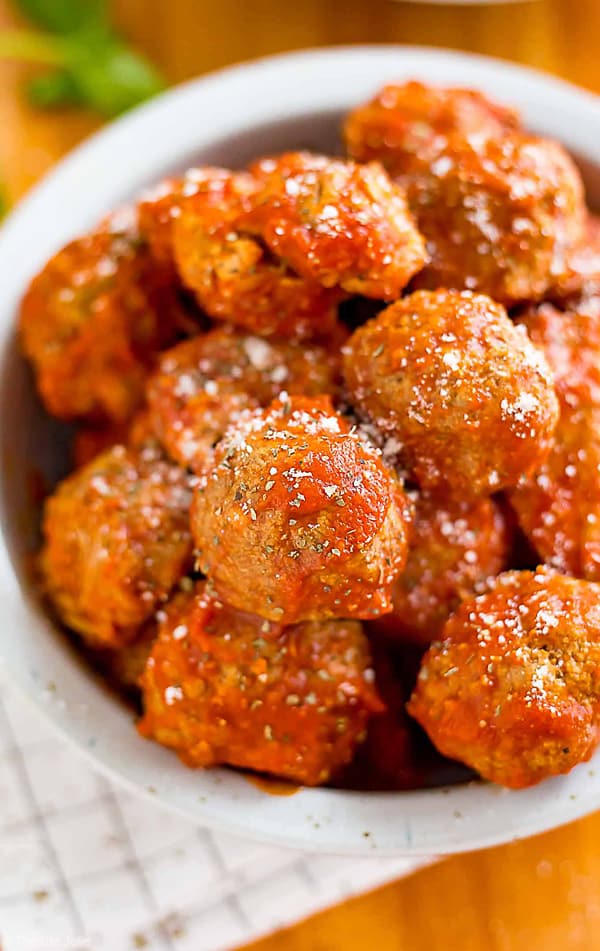 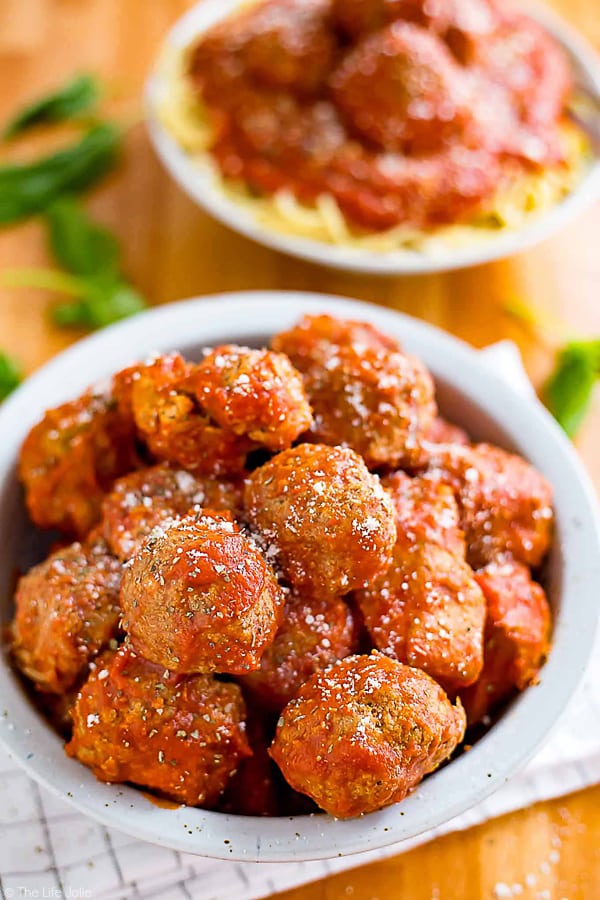 Just know that I'm sending this recipe out into the world with a full heart and with so much love. The ladies in our family put their entire heart and soul into making this and into cooking for all of us. I sincerely hope you can feel that very same love when you eat this.

Other favorite Rosie recipes include: 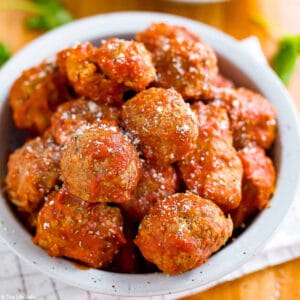 Jessy Freimann
This is part one of the only Meat Sauce recipe you’ll ever need. It’s an extremely detailed (but still simple and easy) recipe for my Grandma’s homemade, Italian meat sauce and this seriously is the very best Sunday sauce you’ll ever taste. This first part is all about making authentic meatballs and fall-apart-tender pork for your sauce as well as the secret ingredient that makes this sauce so delicious!
No ratings yet
Print Recipe Pin Recipe
Prep Time 10 mins
Cook Time 1 hr
Total Time 1 hr 10 mins
Course dinner, Entree
Cuisine Family, Italian, Sunday Sauce

For the liquid gold:

If you want sausage:
Cook the sausage separately- you don't want the sausage grease used because it has a different flavor and you don't want that flavor in your sauce.
After your sausage is cooked, put it on a paper towel to drain the rest of the grease off the sausage and then put the sausage into the sauce kettle with the rest of the meats. Throw out the sausage grease and don't use it. In general:
Keep an eye on your heat. You don't want your garlic and onions to burn so if you notice it's browning too fast turn the heat down. If they get so dark that they are close to burning, remove them from the pan and set them aside until you're ready to make your liquid gold, then you can add them back in for that.
Tried this recipe?Let us know how it was!