This recipe is a family favorite- my Great Grandma's Apple Pancakes are such an amazing, subtly-sweet breakfast option. You cannot eat just one!

Sometimes a delicious breakfast is worth a bit of extra work. My Great Grandma Hinz's Apple Pancakes aren't the most simple breakfast, but they're aren't insanely hard either, there are just a few extra steps. Turning them is a skill that you develop as you go along (be warned, the first one never comes out very good).

But there is something about the sweet/tart peeled and thinly sliced apples mixed right into the not-overly-sweet batter that gets me every time. The Apple Pancakes aren't particularly thick. In fact, if it weren't for the apples, I'd say these would be more similar to crepes. I like to keep it simple topping them with a bit of cinnamon and sugar. I'd imagine powdered sugar might be nice on them. Or, if you're like my Grandma Eve, you could put maple syrup. But I love how the cinnamon and sugar add a tiny bit of sweetness without destroying the subtle flavors of the apples mixed with the that light batter. Add some bacon for a nice savory note and some fresh coffee and you've got yourself a beautiful breakfast.

Which is exactly what Alice, my Mom, my Grandma and my Aunt did this weekend (and later my uncle and Dad enjoyed some as well). It was a nice way to spend a morning with some of the special ladies in our family. We were missing a few key ladies, but it was still a great time and A is now an Apple Pancake enthusiast. 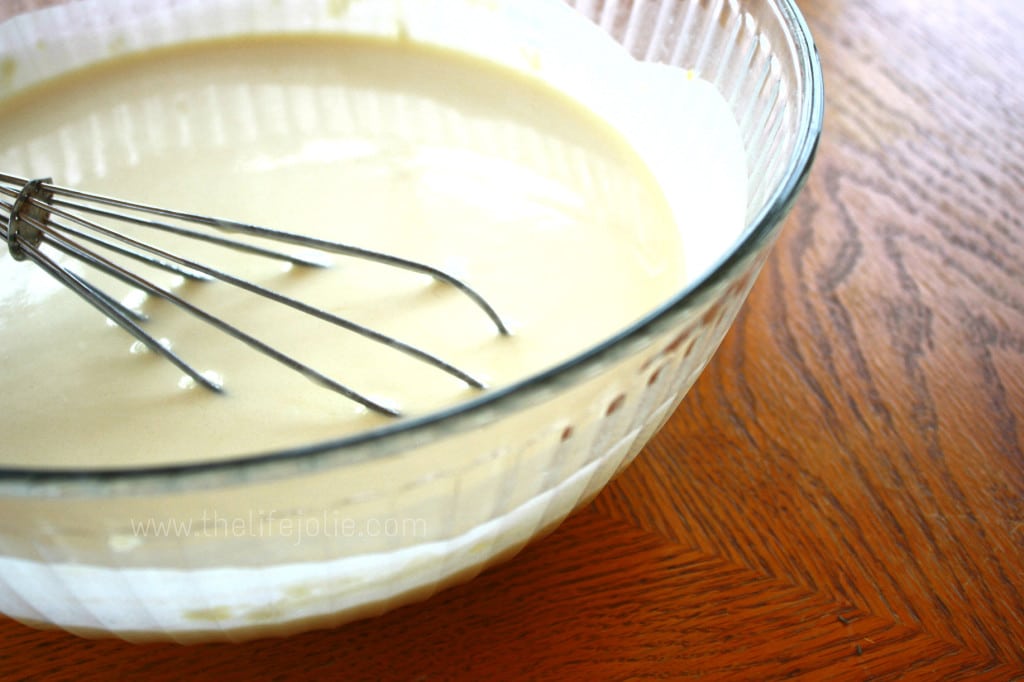 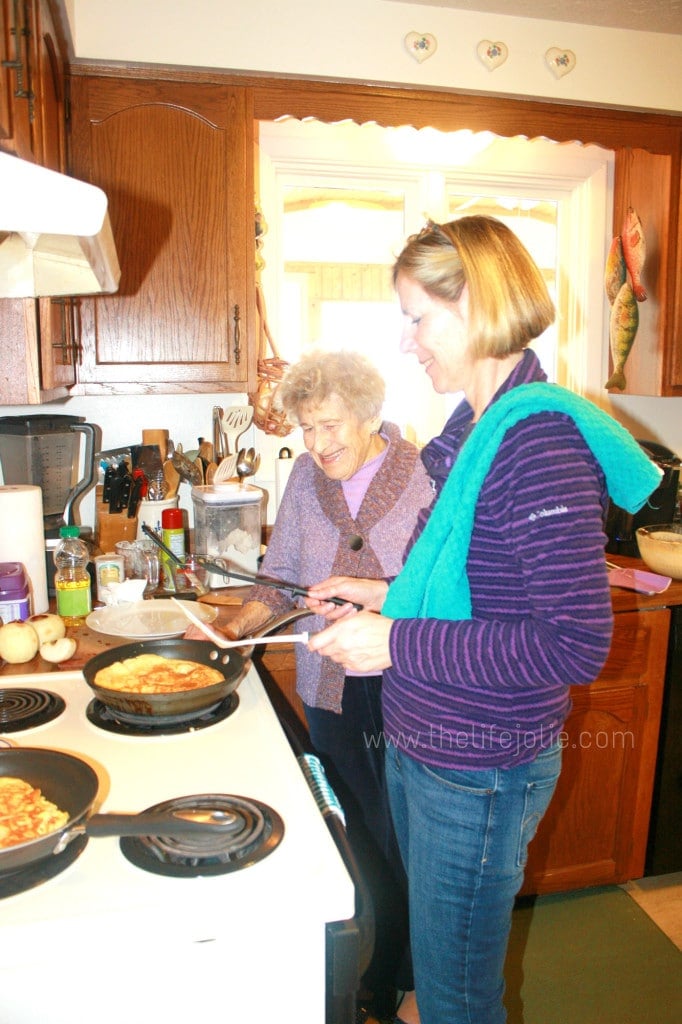 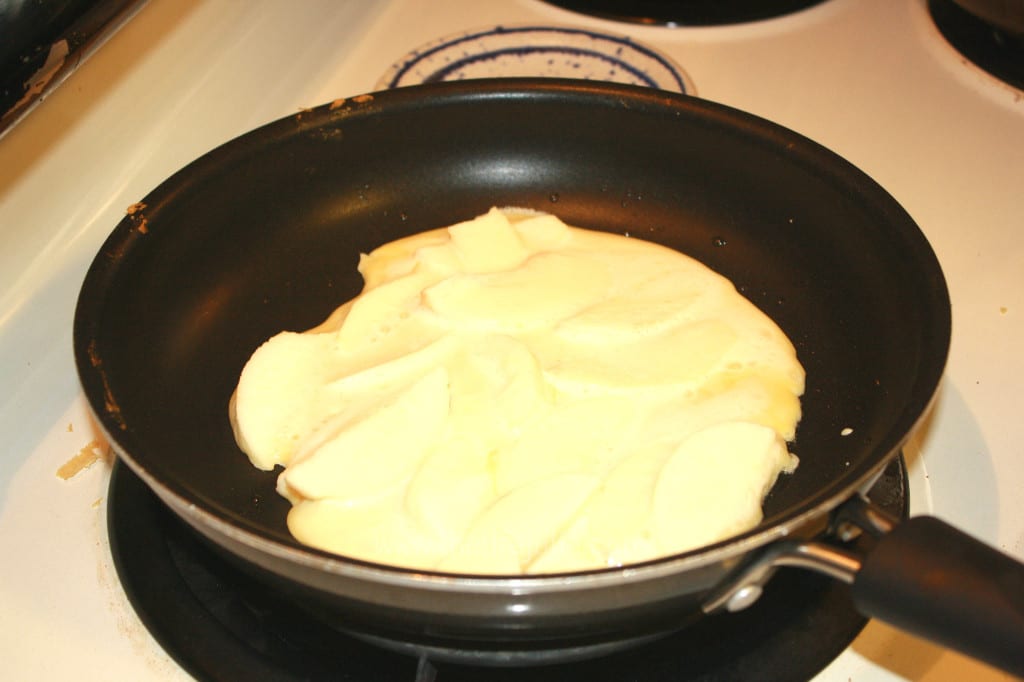 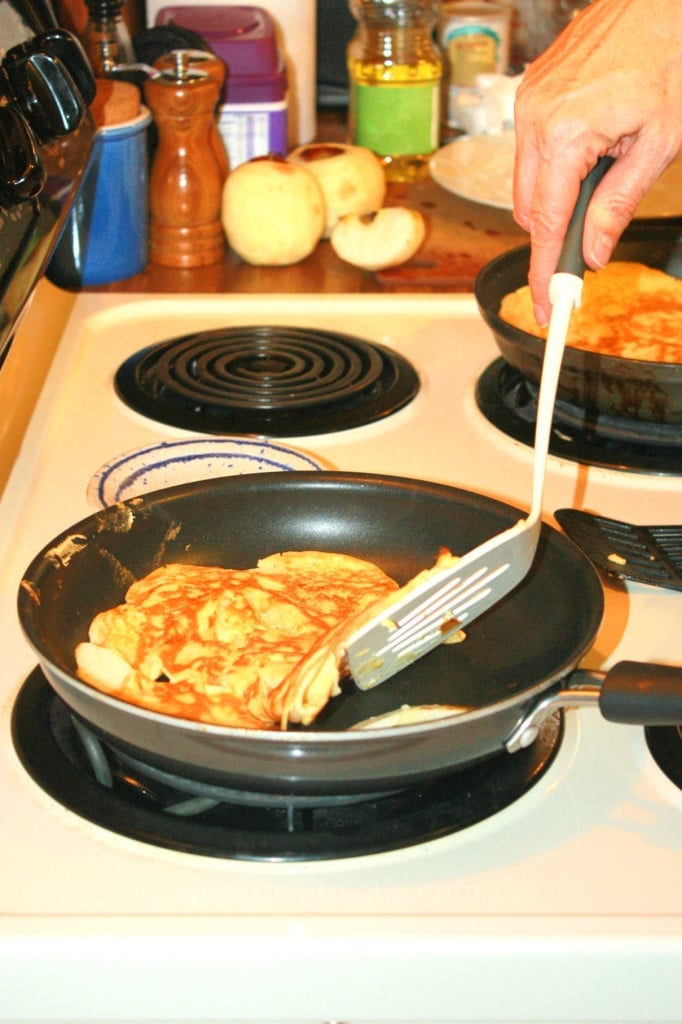 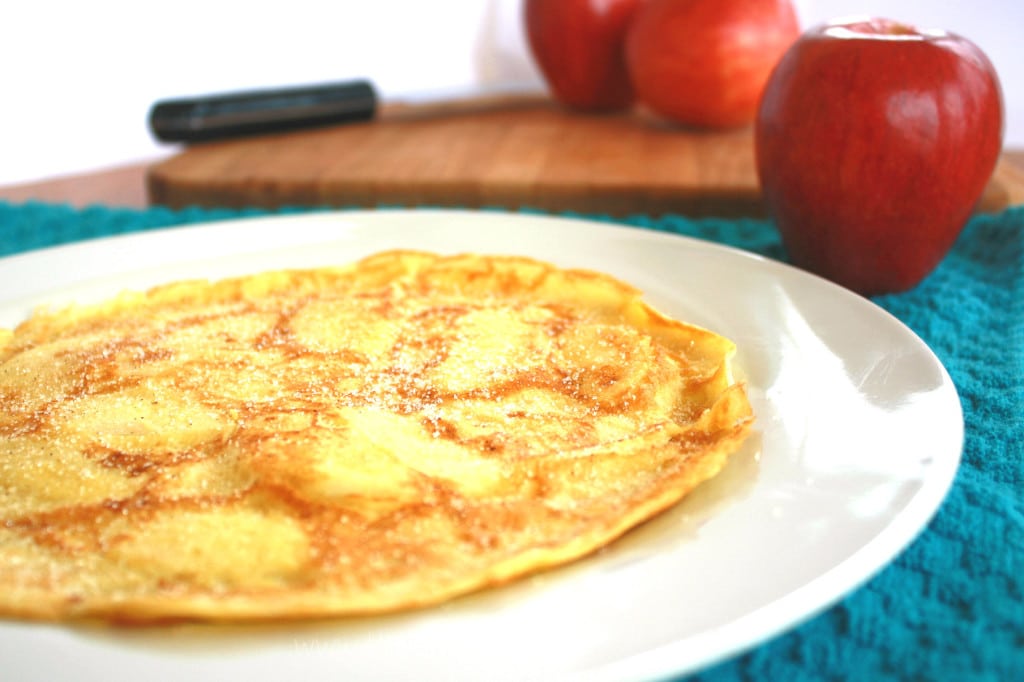 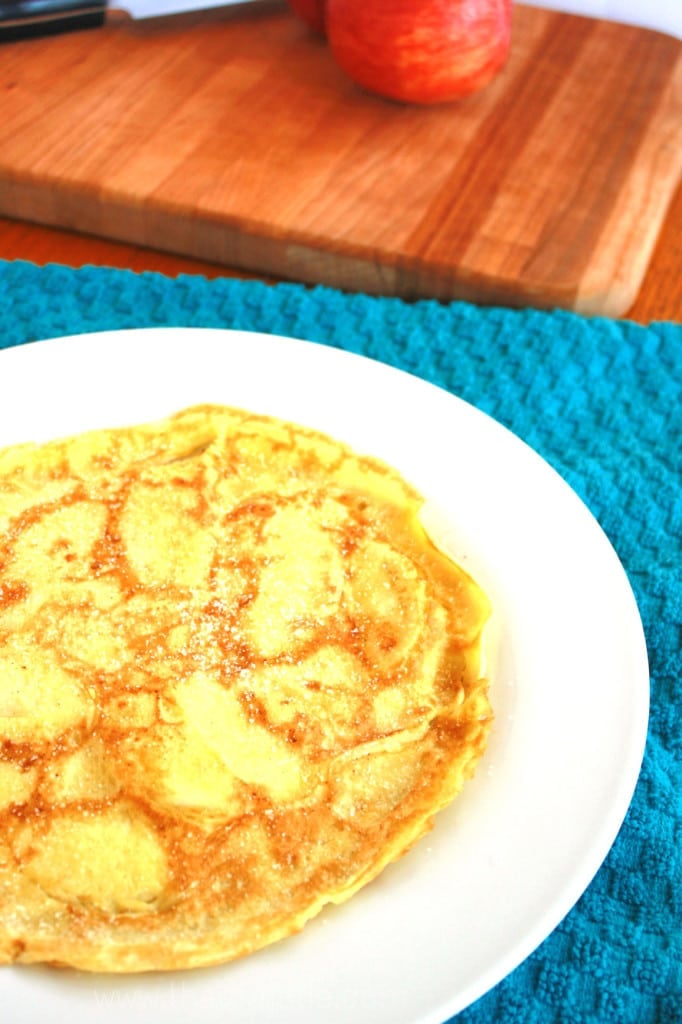 Mix the first five ingredients to make your batter.

Stir in your apples.

Spray your frying pan with cooking spray (nonstick if you have it) and heat just below medium heat.

Put a thin layer of your batter and apple mixture, making sure to spread your apples out evenly before it solidifies and rotating the pan to evenly distribute the batter.

Once the down side of the pancake is golden brown, carefully turn it. This is not easy, because it takes up the majority of the pan. I found that using a larger spatula along with a smaller one worked best.

Once the other side is golden, keep on a plate in a warm oven until you're done cooking them.

Serve immediately with the toppings of your choice