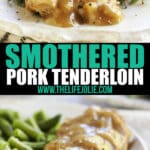 This Smothered Pork Tenderloin in Apple Cider Gravy is the best meaty main dish for dinner. It’s special enough for an intimate dinner party but also makes a quick and cozy weeknight meal! 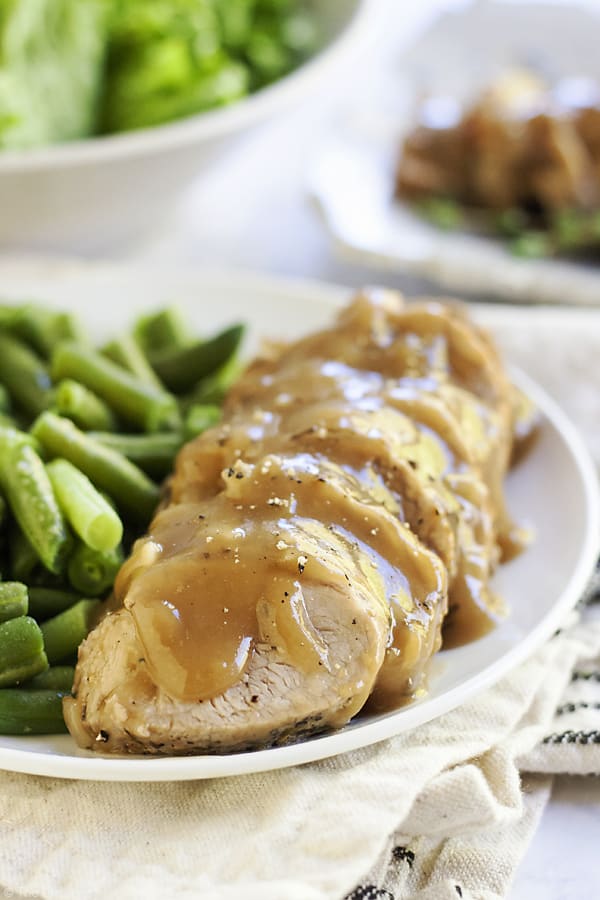 I love a good stick-to-your-bones, meat-and-potatoes dinner. And this roasted pork tenderloin truly delivers! The pork loin comes out perfectly juicy and delicious. The gravy is so good you'll feel absolutely no shame when you drown your entire plate in it as you simultaneously contemplate filling your tub with it (Who me? Never!).

I originally started dreaming this recipe up as a quick and tasty weeknight meal. I make a lot of pork tenderloin, particularly on weeknights. It's a cut of meat that's pretty quick and easy to throw together and it always stays so tender!

Since I has some delicious apple cider hanging out in the fridge, I figured why not throw it into the gravy? And I know that some of you are shaking your heads at the thought of something sweet invading your gravy. But do me a favor and try to keep an open mind. The cider actually helps balance out all of the deliciously savory flavors and adds a nice amount of depth. The saccharine fruitiness that can often overpower some sauces is simply not there. 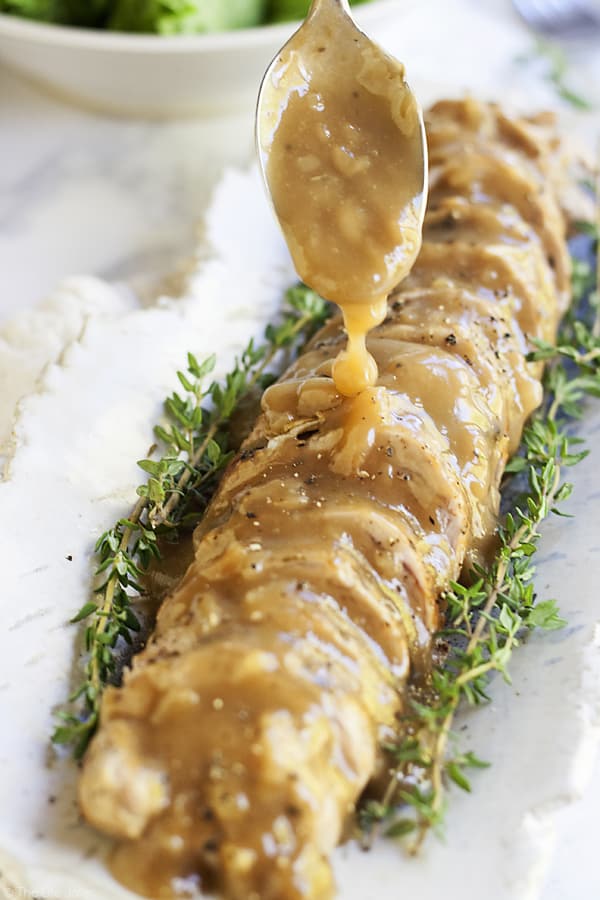 Tips for how to cook pork tenderloin smothered in gravy 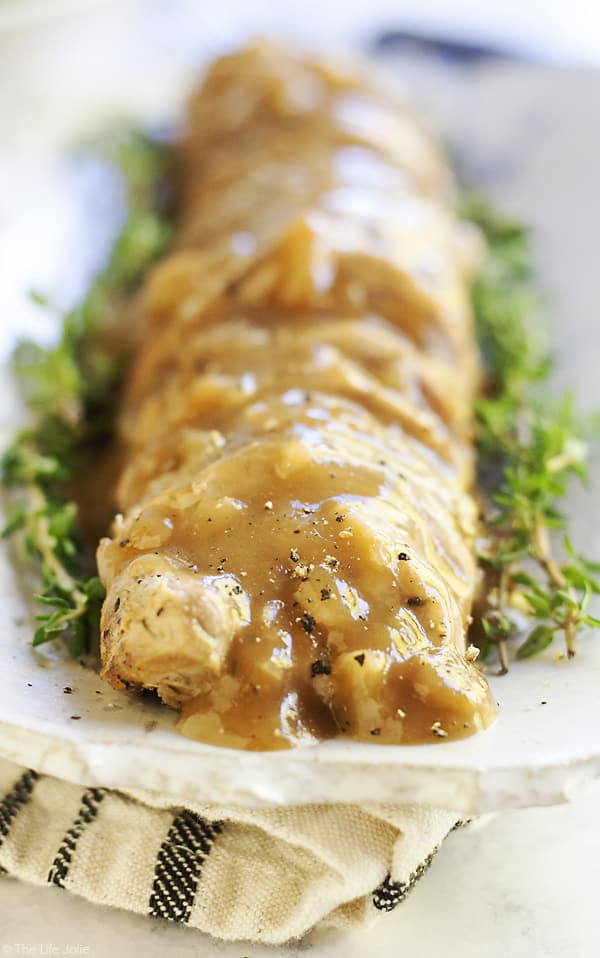 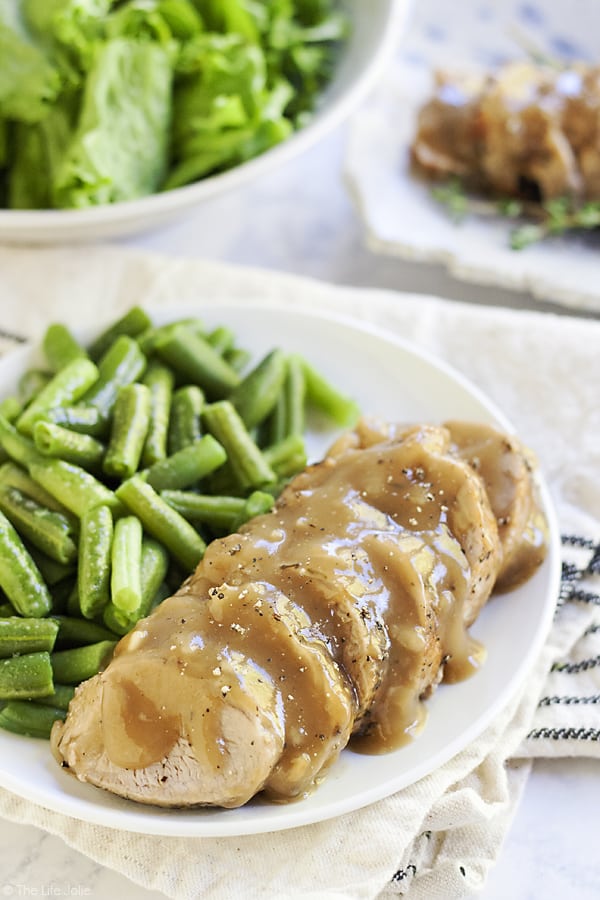 A few great recipes to round out and complete this meal would be: 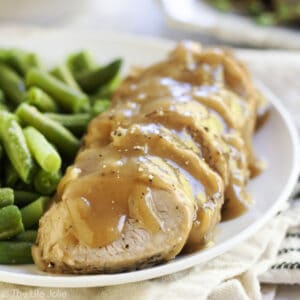 I use a cast iron pan that I can transfer directly into the oven. You can also use a regular saute pan and then transfer the pork into an over-safe baking dish before pouring the broth mixture over it and baking. If you don't use cast iron, make sure you account for a little extra cooking time as regular pans tend to go a bit slower than cast iron.
Tried this recipe?Let us know how it was!

If you tried this recipe please comment and rate it 🙂 I love hearing your feedback and answering your questions! And if you make it please tag me on Instagram with @thelifejolie so I can share it <3

Looking for some other great meaty main dishes?