These Mai Tai Cupcakes are an easy and delicious recipe inspired by the cocktail. There's a small amount of rum (not a ton, there are kid-friendly) in the cupcakes which makes them super moist and they're topped with a fresh orange butter cream that's bursting with flavor and a cherry and a sprig of mint on top, just like the drink! 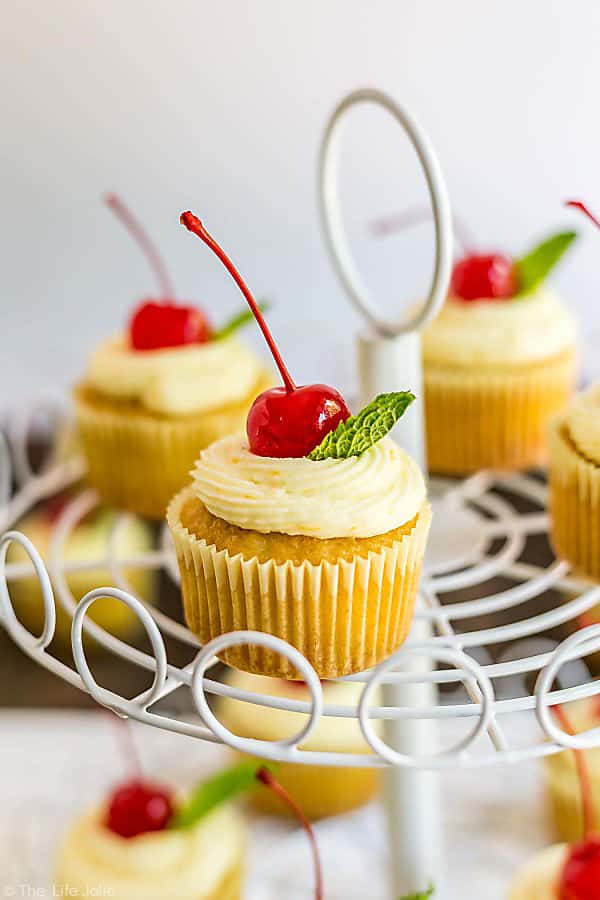 One of the ways I know that summer is (finally!) here is when it's time for the Firemen's Parade. We live in a small village. It's one of only a couple villages in our city that is on municipal electric (which is a huge money saver in our freezing cold winters!).

We absolutely love the small town feel around here. It's a community that has all sorts of family-oriented activities throughout the year and I'm so glad my girls get to grow up in this place!

Each year at the beginning of June, they do a Firemen's Carnival, which kicks off with a parade. In the past we would always see people setting up their lawn chairs. Oddly, they would totally set them up in the morning and then leave them all day in the Village and come back just before they close the main street in the village completely. 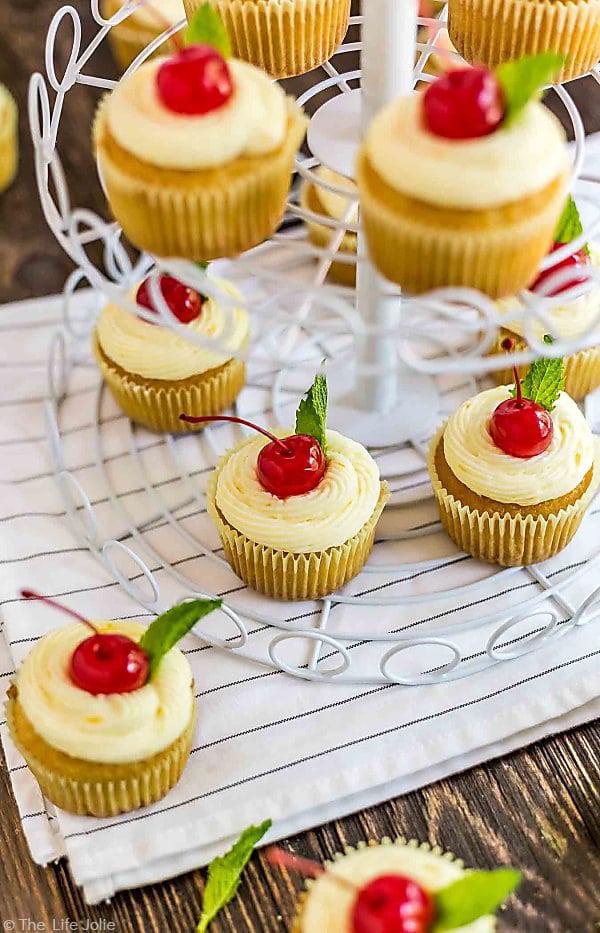 This used to crack us up, because who leaves their stuff on the curb of the main area in their town and expects it to still be there that night? But really, it's a great testament to the more positive small town values that are in place around here. You can bet that every last one of those chairs and blankets are still there holding their rightful owner's spot at night.

This year, we decided to bring the girls. It was a gorgeous night and we had just gotten in from our trip to Pittsburgh (another U2 concert, which was amazing as always! If you follow me on Instagram, you probably saw it in my story) and were dying to hang out with our little ladies.

For the most part it went pretty well. We grabbed some burgers and hot dogs and got a good spot to view the parade. T seemed to enjoy the first part of the parade and was smiling and waving at everyone that went by. Then the firetrucks came by with their sirens blaring....and that was the end of T's fun. We also discovered a pretty full diaper upon our return home, which I'm sure didn't help matters. 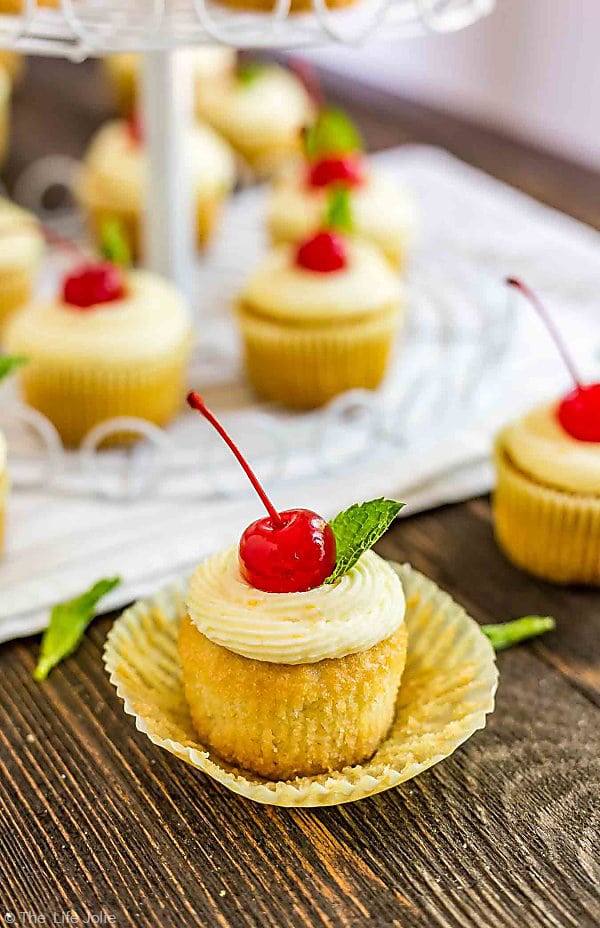 A spent most of the parade on my lap taking it all in. She got a kick out of waving to everyone that went by and seeing all the trucks and tractors. Now, I'm not sure how parades go in other places, but around here, there are usually people in the parade who throw candy to all the kids who are watching.

It was pretty interesting to see how timid A was about this, especially at the beginning. I mean, I get it. She was definitely one of the youngest of the kids around us.

There was a woman and her granddaughter sitting next to us. We ended up making friends with them and chatting. The little girl was around eight years old and her name was Cadence. She immediately made a good impression on us when, not even a moment after meeting A, she gave her a small plush toy that she had with her. 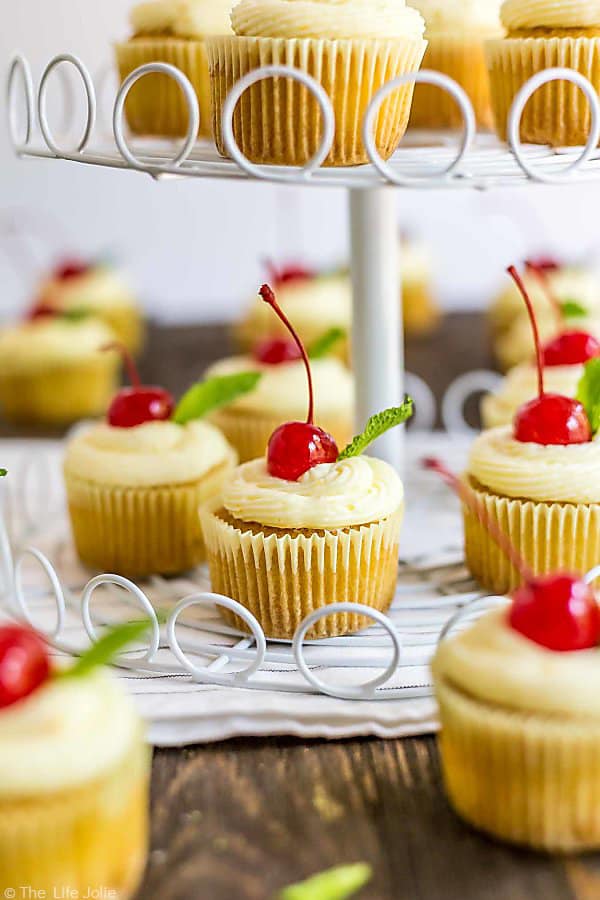 I actually invited Cadence to sit on our blanket so that her grandma could enjoy the chair she had with her. I was really touched by the way this little girl was super friendly to all the kids around her. She shared some of her candy grabs with other kids who didn't get any on those throws.

But she also made a point throughout the night to get some candy for A at each throw, even making a point to ask what she likes and what she was allowed to eat. My heart melted. 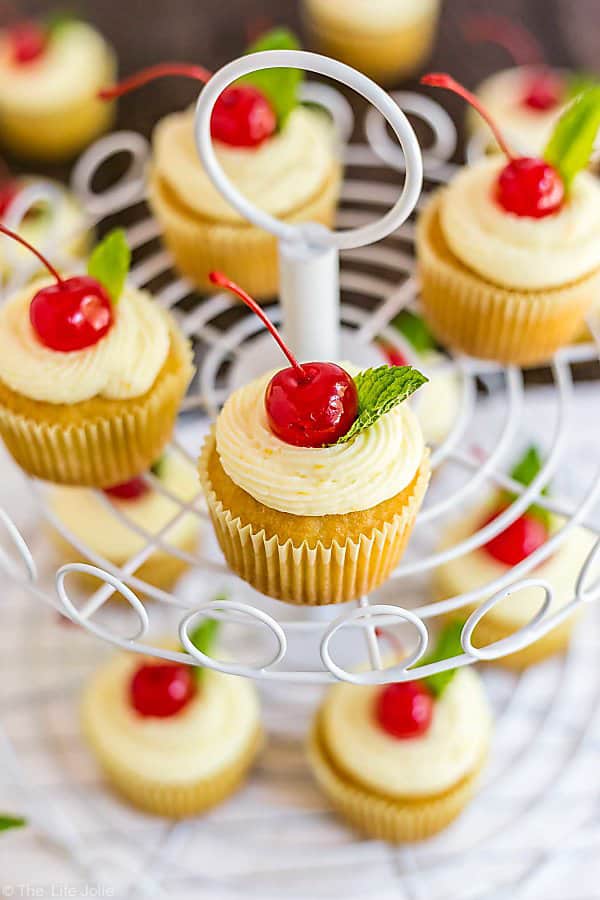 As for A, it took her a little while to really get into going up for candy. I know in the next few years, A will up her candy-grabbing game. This time around, she was pretty hesitant, though she finally got a bit more forthcoming towards the end.

Overall, a great night. My only regret was that Cadence and her Grandma left before I could tell them how highly I thought of her. I can only hope my girls exhibit this sort of love and care for all those around them.

When we were on our honeymoon in Hawaii, J lived on a diet of pineapple, Hawaiian Burgers and Mai Tai's. We're not wild party animals or anything, but let's just say there were a lot of happy hours to be had on that trip!

Mai Tai's aren't actually my drink of choice. I'm not a huge rum fan in general, save for a frozen strawberry daiquiri here and there. It's just too sweet for me. But sometimes things translate beautifully into other areas of cooking. 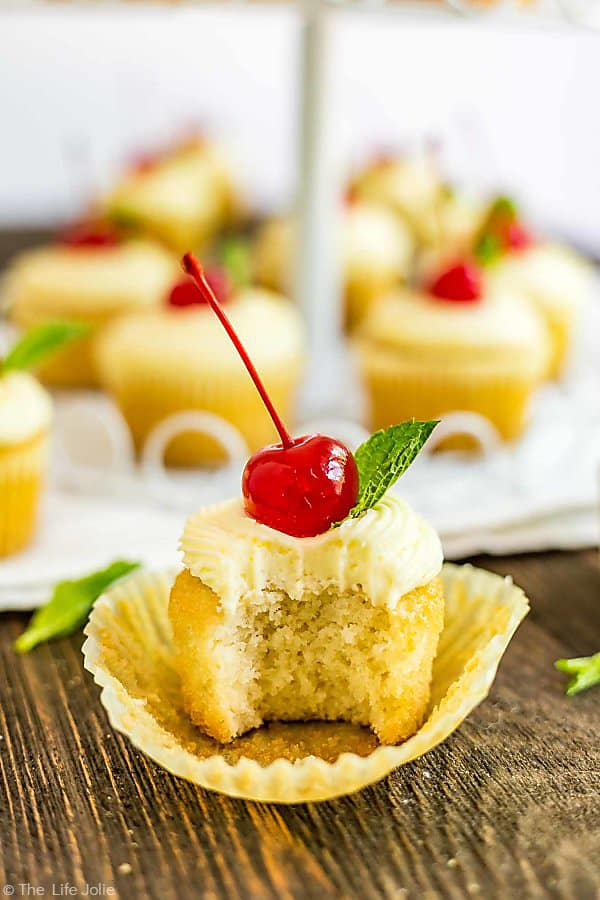 So while I don't drink things that sweet, I will happily consume foods with rum in them! Adding the rum to these cupcakes turned out to be a stroke of genius on my part (not my most humble assertion, but bear with me).

Now these aren't soaked in rum the way a traditional rum cake would be. There's a small enough amount to impart a tasty flavor and add an excellent moistness to these cupcakes, but the booziness baked out and I didn't think twice about allowing the girls to eat them (note: we don't make a habit of feeding our girls booze-soaked foods).

I used Captain Morgan because I think the flavor of spiced rum is a nice addition to these (this is not sponsored, it's just a brand of rum that we like and general have in our home).

I knew I wanted to incorporate an orange flavor into these cupcakes, as it's one of the main flavor components of a Mai Tai cocktail. There's a small amount of orange in the cupcakes, but making a fresh orange buttercream seemed like a natural next step. 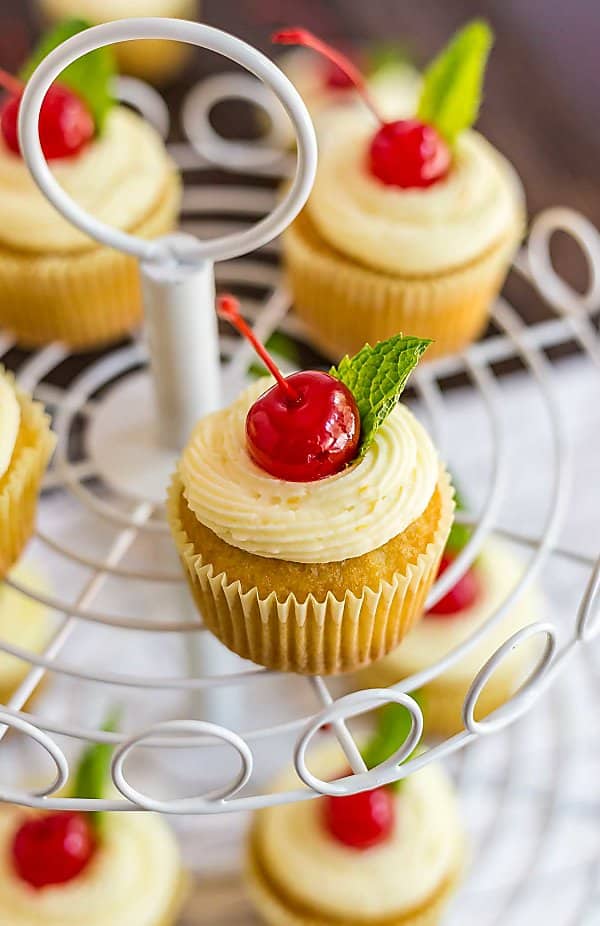 I'd be lying if I said buttercream is my first choice for things to top your cake/cupcake/baked good situation with. I tend to find it a bit too sweet for me. And this buttercream is quite sweet. But the orange flavor is so delicious! I happily ate two of them!

These cupcakes have summer written alllllll over them! Give them a shot for your next BBQ!

Other great desserts to bring to a BBQ include: 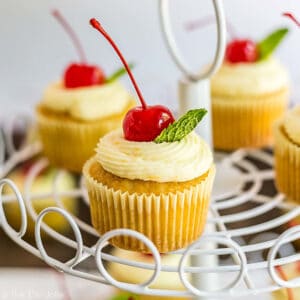 Jessy Freimann
These Mai Tai Cupcakes are an easy and delicious recipe inspired by the cocktail. There's a small amount of rum (not a ton, there are kid-friendly) in the cupcakes which makes them super moist and they're topped with a fresh orange butter cream tat's bursting with flavor and a cherry an a sprig of mint on top, just like the drink!
No ratings yet
Print Recipe Pin Recipe
Prep Time 20 mins
Cook Time 20 mins
Total Time 40 mins
Course Dessert, Snack
Cuisine BBQ, cook out, cupcake, party, Summer

This is not a rum-soak dessert like a rum cake would be. There is a small enough amount of rum that it cooks off as it bakes and is not boozy.
If you are dead set on not cooking with rum you can substitute an additional ½ cup of buttermilk. It will change the flavor a bit but will still taste good.
Tried this recipe?Let us know how it was! 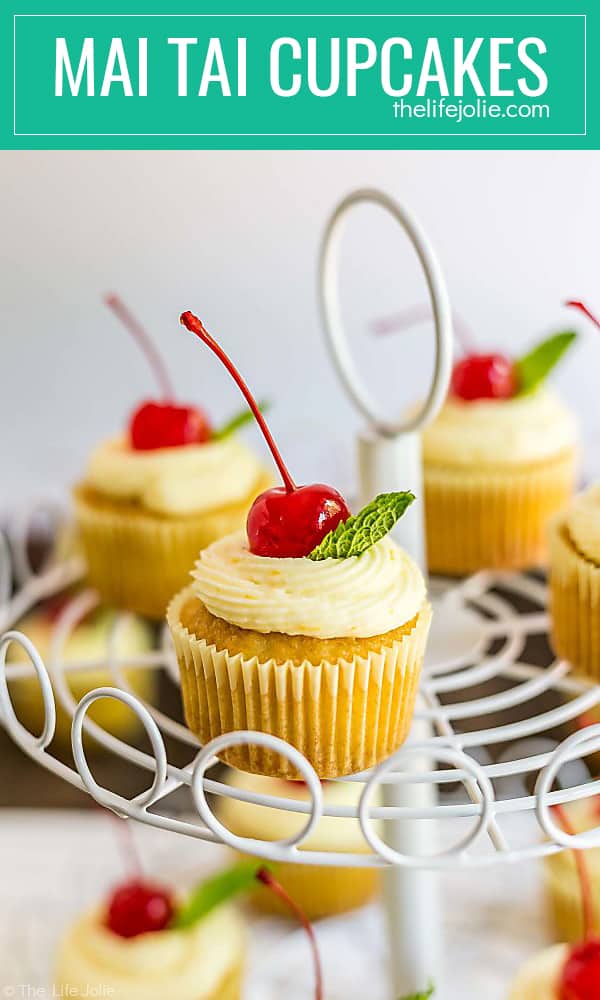