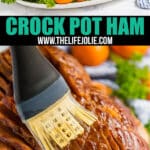 Wanna prepare your holiday ham the easy way? Make this Crock Pot Ham! Just 5 minutes of work for you and the slow cooker does the rest! 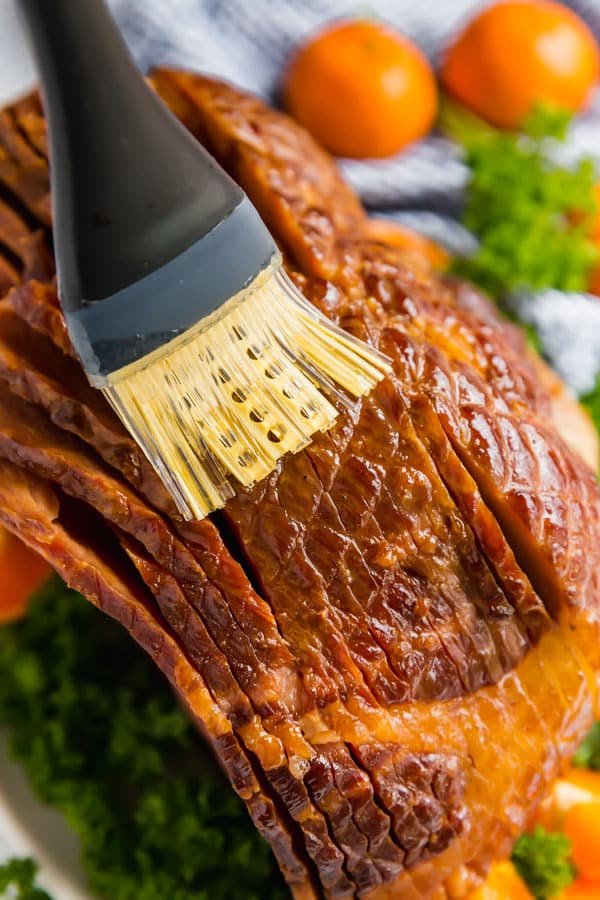 This recipe is part of my Dump it 'til it's hot series of dump recipes. It's all about making delicious food with minimal prep, no pre-cooking, the ability to freeze for a good make-ahead meal. And trust me when I say, easy never tasted so good!

Since I’m working hard this year to bring you tons of easy dump and go recipes, I figured why stop at weeknight dinners? Every year we have a variety of holidays that come up. So why not make some menu options for holiday meals as well? So that’s exactly what I did.

In our family, a spiral ham is a mainstay  at many family gathers, especially for different holidays. And why shouldn’t it be? It’s generally pretty easy to prepare and and a total crowd pleaser in terms of taste. It’s also a budget-friendly way to feed a crowd.

But making a slow cooker ham is a great way to make an already easy main dish effortless. I’ve come across a variety of ham recipes in the past. Many were delicious! And I was excited to put my own spin on this.

Now of course I included brown sugar. But from there, I added some unexpected items to bring a little depth into the recipe. Jim Beam Red Stag brings a deep sweetness  (don’t worry, the alcohol cooks off!) and a few dashes of hot sauce add a nice zing without actually making it spicy. 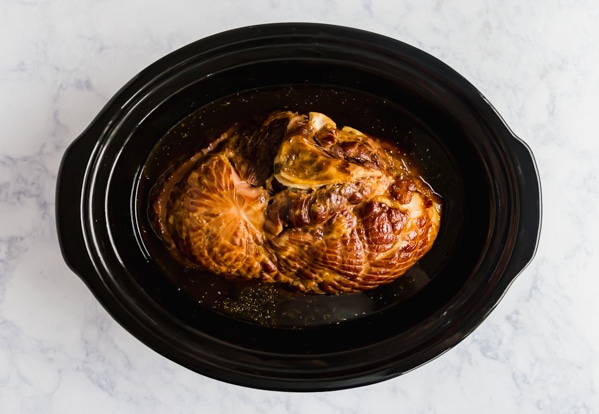 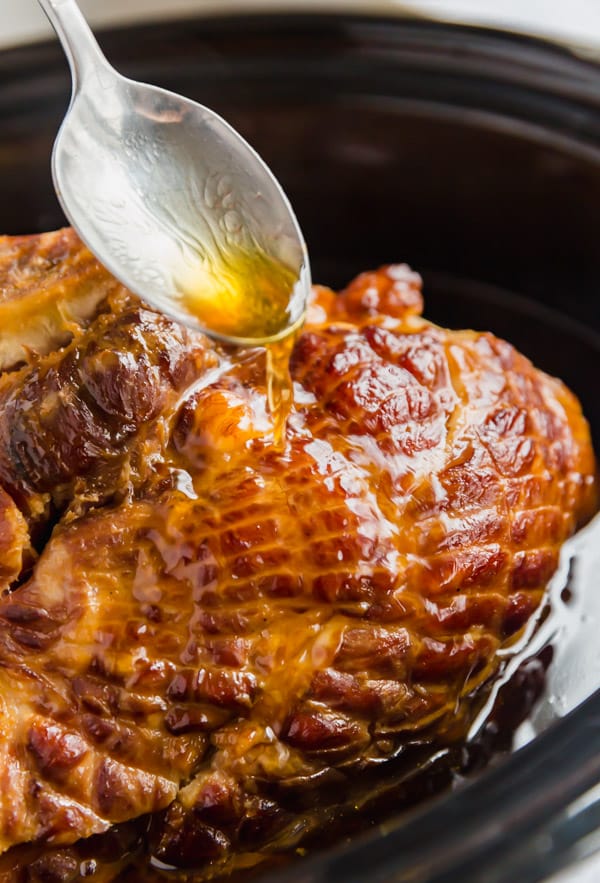 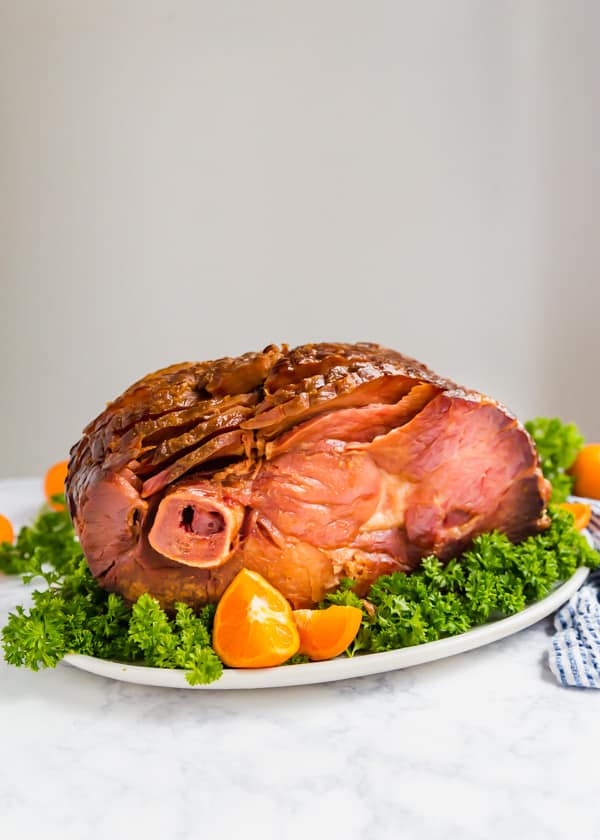 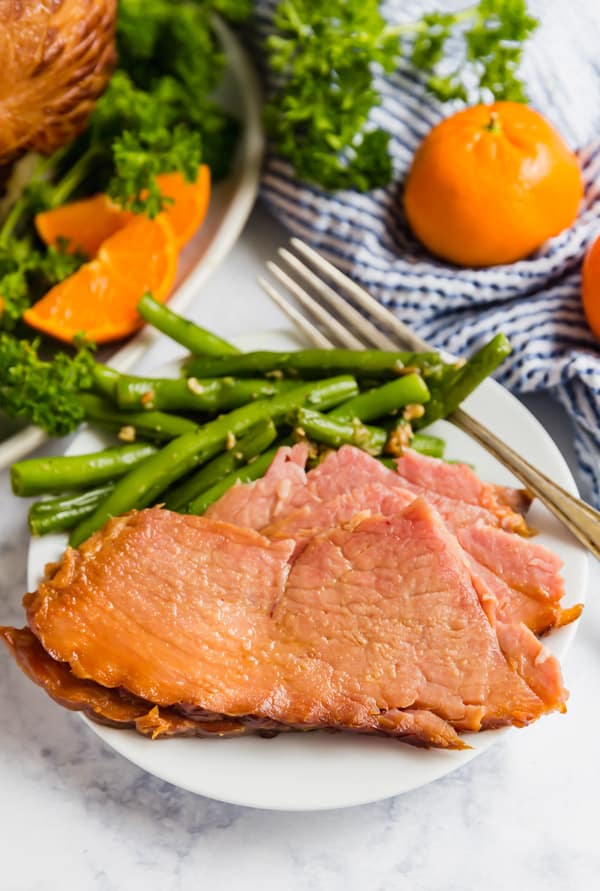 Although this is designed to be a dump-and-go recipe, here are a few “upgrades” you can make if you have a little extra time on your hands and don’t mind doing a small amount of extra work. You don’t have to do them to have a delicious meal, but they will make this recipe come out even more delicious:

A few great recipes to round out and complete this meal would be: 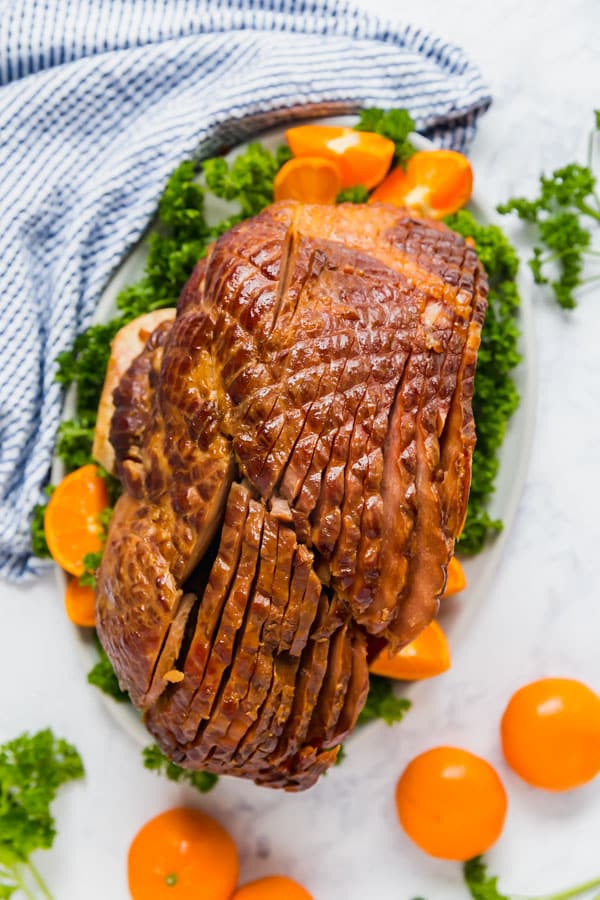 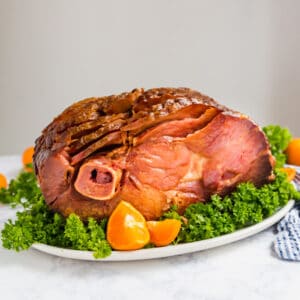 To make a ham glaze, place the juices into a pan and reduce them. If you’re pressed for time you can just thicken the juices with a cornstarch slurry.
Tried this recipe?Let us know how it was!

Now that you know how to make this Crock Pot Ham recipe, be sure to share it and tag @thelifejolie on Instagram and Facebook.  And be sure to pin it to save for later or bookmark it!

Check out other Dump It ‘Til It’s Hot posts: