Introducing: 1 Hour to Quicker Dinners- simplifying meal prep to bring balance back to the kitchen 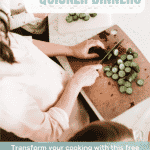 Are you ready for a truth bomb? This is an unpopular opinion, for sure. But I’m going to put it out there. So here goes. I don’t like meal prep.

I know, a ton of people love all the meal prepping ideas out there. And don’t get me wrong, I gave it the college shot. Seriously, I tried it a few different times and each times I tried  to like it. And each time I couldn’t stand it. Here’s why: 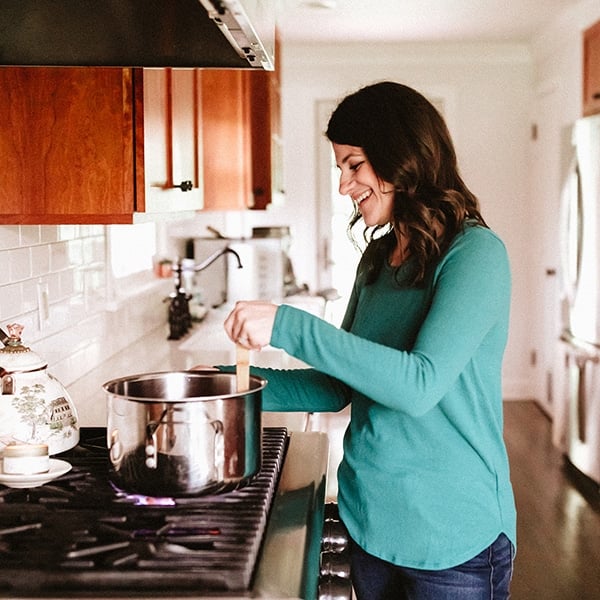 But as I have talked about in so many of my Instagram videos, it doesn’t have to be an all-or-nothing-thing. So I started thinking about something an old boss once said to me, that really stuck with me.

“Take a few minutes to do a thing right now that will prevent you from having to spend an hour fixing it later.”​

Talk about an ah-ha moment! The light bulb immediately went on, the wheels started turning and they haven’t stopped since. I have come back to this train of thought in so many aspects of my life and when I started incorporating this philosophy into my cooking, it changed everything.

So when I incorporated my previous boss’ super smart saying into meal planning, the answer became very obvious. I thought to myself, “Why not take an hour each weekend to save myself a bunch of time cooking dinners on the busy weeknights?” It seemed like an interesting idea, but I wasn’t sure it was realistic. So I began testing it. 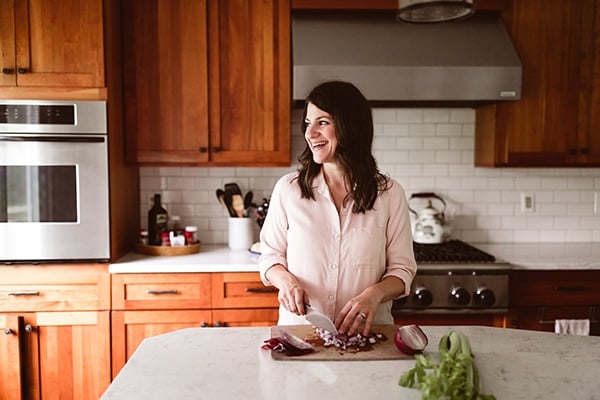 For months, I would prep ingredients for the week on Sundays after the first of my weekly grocery trips (I do two trips each week due to a lack of fridge space and all the extra food I need to buy for our recipe video business). I’d list out my recipes, figure out what ingredients I could prep in advance and start the stopwatch app on my phone. I wouldn’t stop it until I had cleaned up from prepping, because no one likes the old bait-and-switch.

Let me just say, I was pretty amazed with the results. As in: prepping ingredients for an hour (or oftentimes less!) on the weekend was an absolute game changer for my weeknight dinners.

For example, on video shoot days I will make and shoot around four different client recipes throughout the course of the day. Although I try to plan our dinners around my shoot schedule that isn’t always possible (as much as my kids would love to eat cake for dinner!). By the time 5pm rolls around on those days the idea of cooking dinner sounds like the absolute worst ever!

But once I started doing ingredient prep in advance, the prospect of cooking dinner after a long work day was no longer daunting. Because a lot of the heavy lifting was already done. Now I get to spend much more of my time on weeknights doing what matters to me the most: spending quality time with my family. And I’m still able to make them delicious, fresh meals on these nights.

So naturally, I had to share all of this with you! I’ve been sharing bits and pieces on my Instagram stories for a while now and the response has been just amazing. So I knew I had to put together a series so I could dive deep into all the tips and tricks. And that’s exactly what I did! 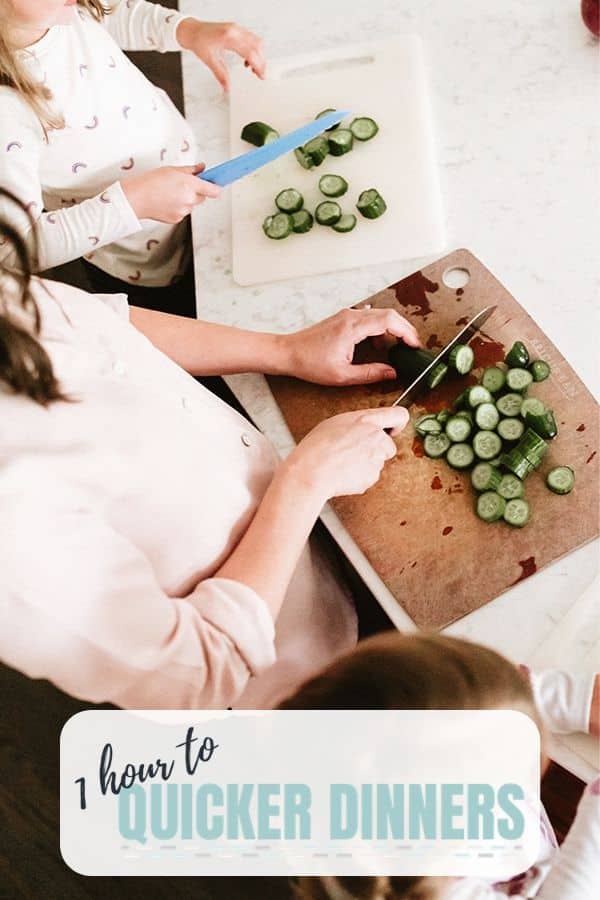 Here’s what you need to know:

What is it? 1 Hour to Quicker Dinners is a free series to teach you how to save a ton of time on your weeknight cooking without sacrificing more than an hour of your weekends.

So what do I get? As part of this free series, you’ll get:

When will the series run? The series will go from February 21st – February 24th

Why are you doing this? Far and away, the biggest feedback I get from you guys is about struggling with finding the time to cook. And I get it. Life is busy no matter what phase of life you’re in, especially on weeknights. My goal is to transform your cooking in a way that’s easy and fun so you can finally look forward to cooking and bring balance back into your weeknights! This was a total game changer for me and it will be for you too!

If you’re ready to stop stressing about weeknight dinners. If you are raring to free up more time to do the things you WANT to instead of being stuck at the stove all night. If you’re yearning to make weeknight meals easier without losing your entire weekend. If you’re excited to streamline your cooking, you need to sign up below for 1 Hour to Quicker Dinners. 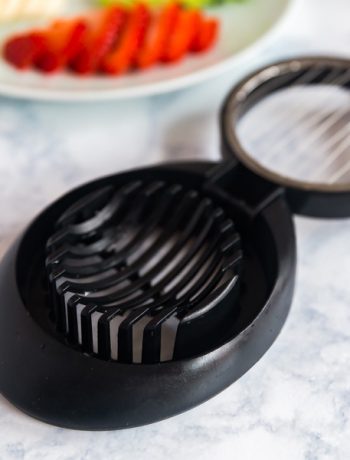 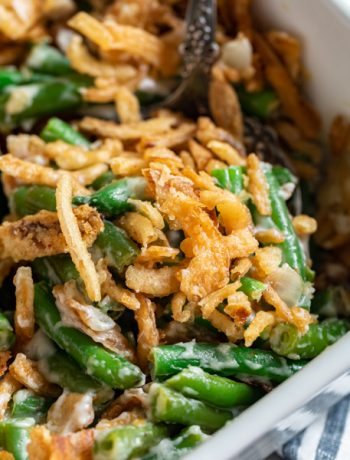