This Zucchini Soup Recipe is super easy to make. It's light and healthy: the perfect detox Italian meal. A few simple ingredients and you've got a delicious, satisfying lunch!

Remember that old saying "don't judge a book by it's cover"? This recipe perfectly illustrates the importance of this rule! For as long as I can remember, my beautiful Grandma Rose made this simple, light recipe for our family. Once I got over the picky-eating stage of my childhood, I became a relatively good eater.

But throughout my childhood and teen years, I still refused to even try Grandma's Zucchini. I'm kind of embarrassed to admit this, but here goes. The reason I refused to try this dish was because I thought it looked gross. So silly, right? I'm pretty sure I even knew deep down inside how silly it was. 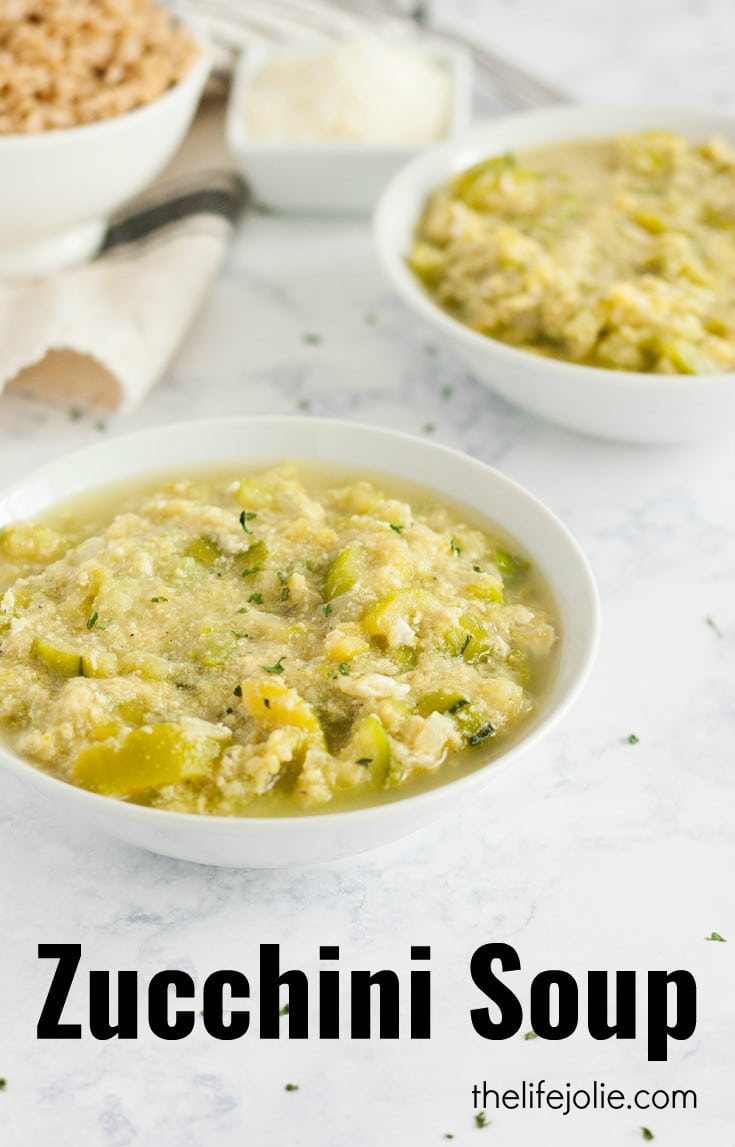 Everything my Grandma made was consistently delicious. So logic would imply that this recipe would also be delicious. But I was a kid, and as I now understand more than ever, kids don't always operate on logic. I could not get past the mushy look (I'm always been a person who doesn't favor mushy textures. I still cannot bring myself to eat oatmeal, but that's a whole other blog post!). 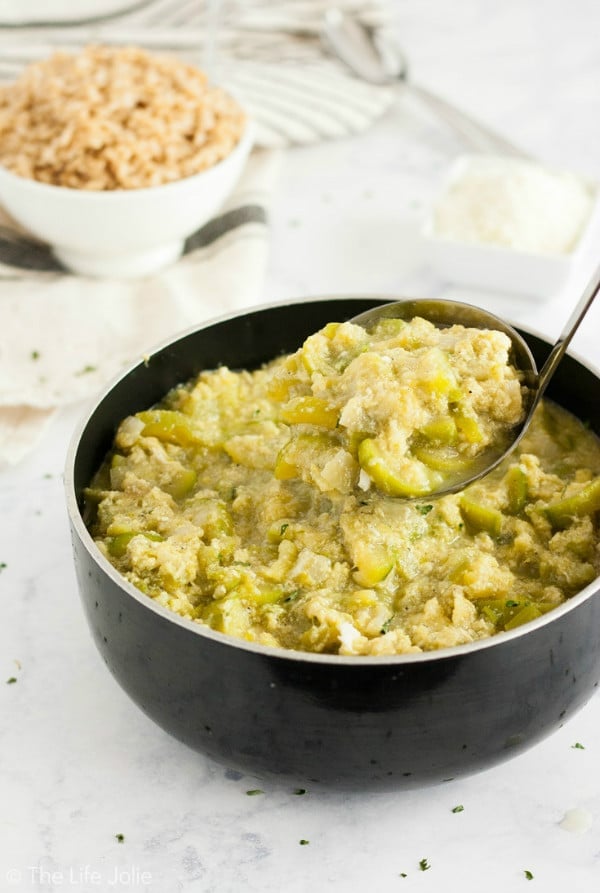 Then, one fateful afternoon when I was around 18 or 19 years old, I was hanging out at Rosie's apartment enjoying various dishes with some of our extended family. This was not a new situation. Being as close as I was with my grandparents, I often found myself among many members of my large family enjoying the fruits of her labor (she was the matriarch and was famous for her fantastic skills in the kitchen). 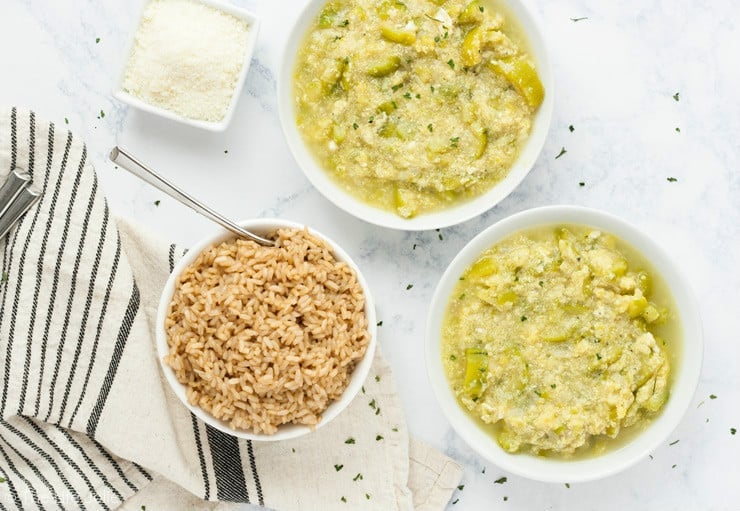 Eventually, I learned to make this dish and it has become a fixture in my rotation of lunch recipes. Is it the prettiest? No. But it is absolutely light and delicious. It's pretty healthy and super easy to make. It's also inexpensive which never hurts.

I like to enjoy it over brown rice and sprinkled with Romano cheese. I was especially excited to make it this weekend because after a long week of delicious but heavy foods, my body needed a break. This tastes super delicious served alongside my Open Face Tuna Melt. 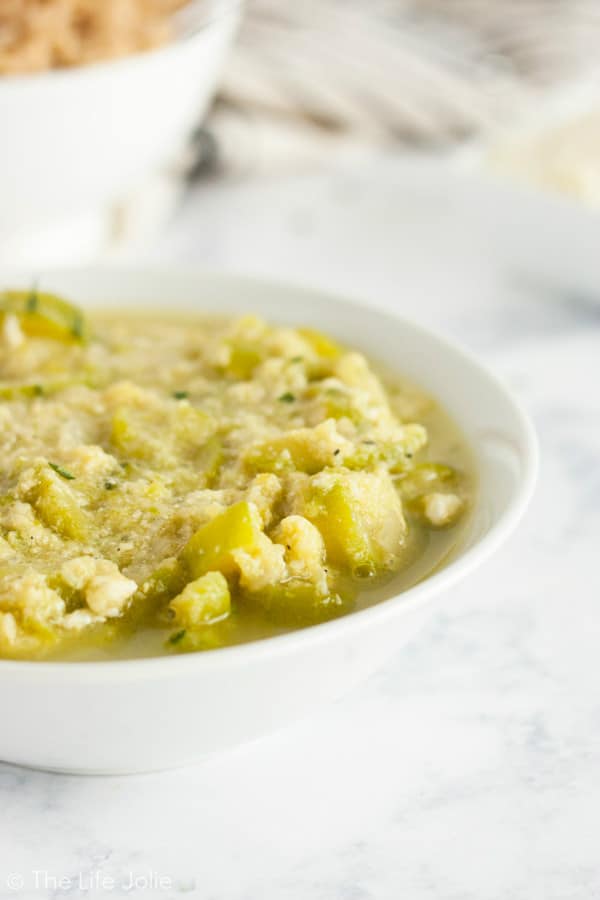 The recipe you see below can easily be doubled to feed a crowd or make a bigger batch if you want more. I made a smaller amount because J doesn't eat zucchini and I don't like wasting food (my mom tells me you can freeze it, but I'm skeptical).

I call it a "soup" for lack of a better term because it's most similar to a soup but it's not extremely broth-y.You could always add more broth if you wanted it more soup-y. It's up to you.