The savory and sweet mix of bacon and brown sugar, wrapped around cocktail wienies (or lil smokies, as some like to call them!) makes these an addictive treat- don't plan on having any leftovers with this one!! 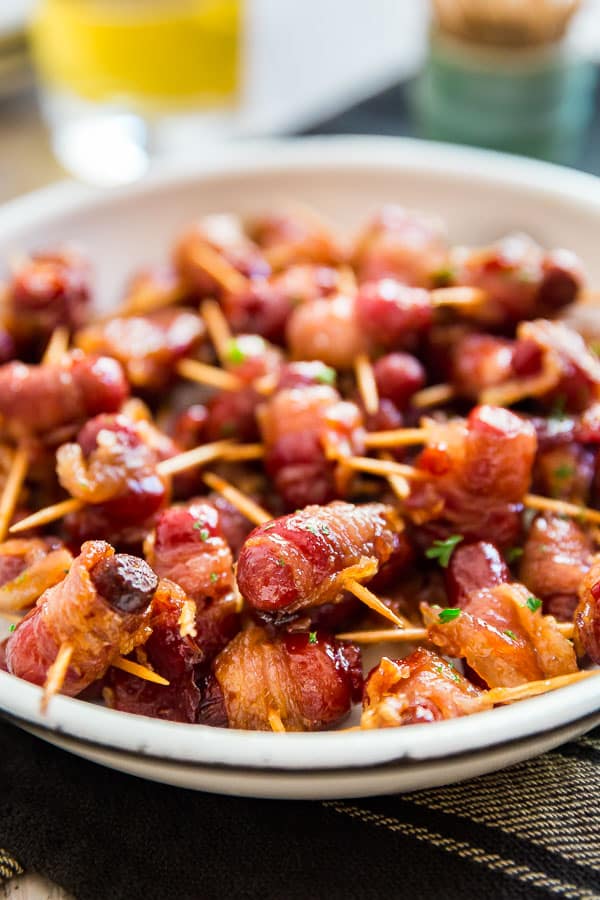 Anyone who's a parent knows that even if you have the most well behaved kids, you're going to have days and outings that are rough. This past Sunday was one of those days.

I had to go to a mall that's across town (they had a specific store I needed to get to). The plan was to go after the girl's naps. Except T decided a nap wasn't a part of her plans for the day. And she also decided that A had been napping for two long and it was time for her to wake up and play, so she went and knocked on A's door, cut A's nap short and woke her up. 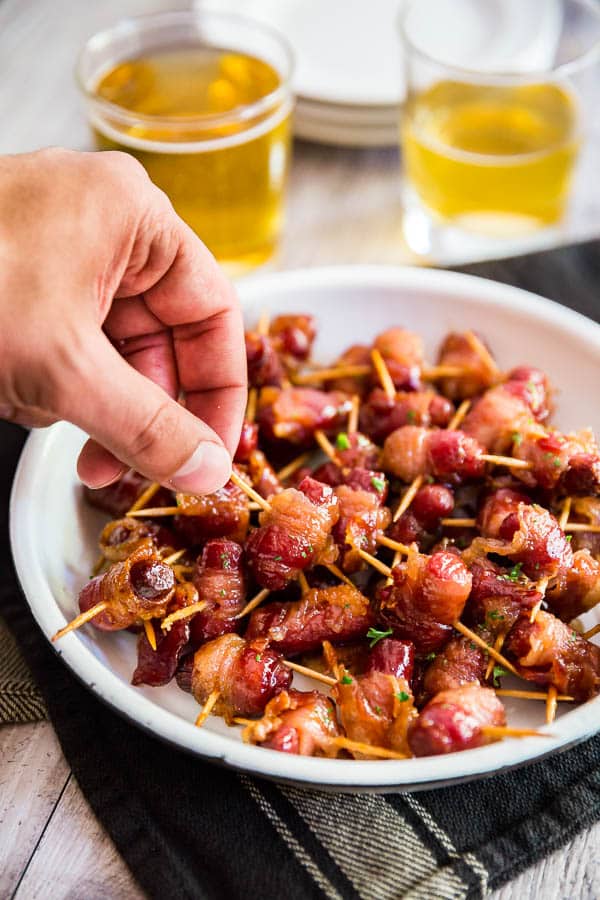 So we got the gals ready and loaded up the car. But as we were getting ready to leave, we realized we forgot our stroller at my parents house the previous day and our smaller umbrella stroller was MIA. But since my parents lived in the other direction, We agreed that we would just head to the mall without it and make the best of the situation.

You can pretty much file this situation under "Poor Life Decisions" In addition to having to carry the diaper bag as well as a heavier shopping bag from my store of choice. T was totally grouchy and super restless. A followed suit and threw a fit at the mall. Needless to say, we didn't stick around too long and have the fun afternoon we'd hoped for. 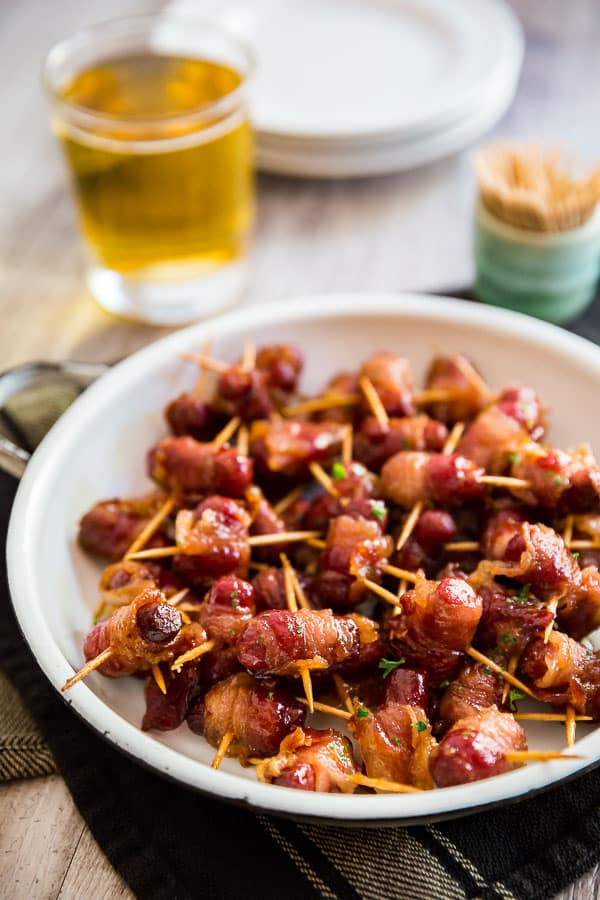 In another apparent lack of judgement, we decided to head over to a popular chain restaurant to grab some dinner since it's next to Trader Joe's and I needed to make a Trader Joe's stop.They seated us outside and it was truly the perfect weather for dining al fresco. By then everyone was totally hangry and to make matter worse the service was incredibly slow.

By the time dinner came, we were both exhausted having taken turns walking T up and down the sidewalk near our table while the other exhausted every possible strategy for distracting A during out (long!) wait for the food. The gals ate well, but T kept getting mad- we think she might be teething and may have bitten her tongue too.

By the end of the meal, A kept removing the cover from her milk and trying to stir it with the straw. We asked her to stop pretty quickly and when she blatantly ignored us, I told her its time for us to go take a little walk so I could get her out of the public situation and nicely discipline her. Well that led to a bit of a tantrum, so I picked her up and brought her to the car, and there we stayed until J and T joined us.

I love them so much, but man, sometimes parenting is hard- amiright?! 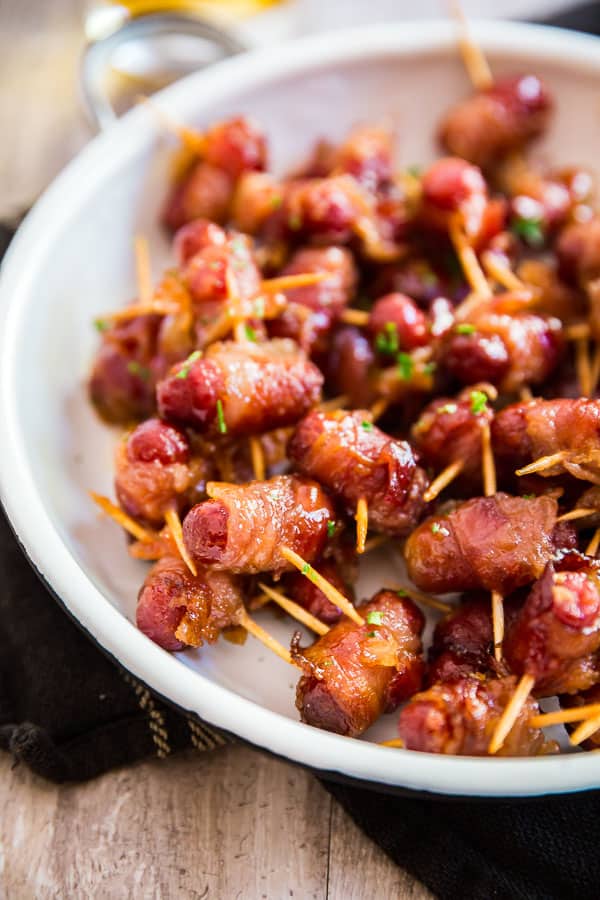 When I first heard about this appetizer, I was skeptical. In fact, even though I love bacon and hot dogs on their own, the idea of them together always seemed like a bit much (and I say that as a lover of meat). So when my sister and her boyfriend showed up one Christmas Eve with this dish as their appetizer I was not convinced, I think I envisioned them being really chewy and fatty (from the bacon).

I have a hard time saying this because I'm a very headstrong person, but I was so wrong. Seriously. The minute they came out of the oven, this sweet and smoky smell began circulating in my Aunt's house. 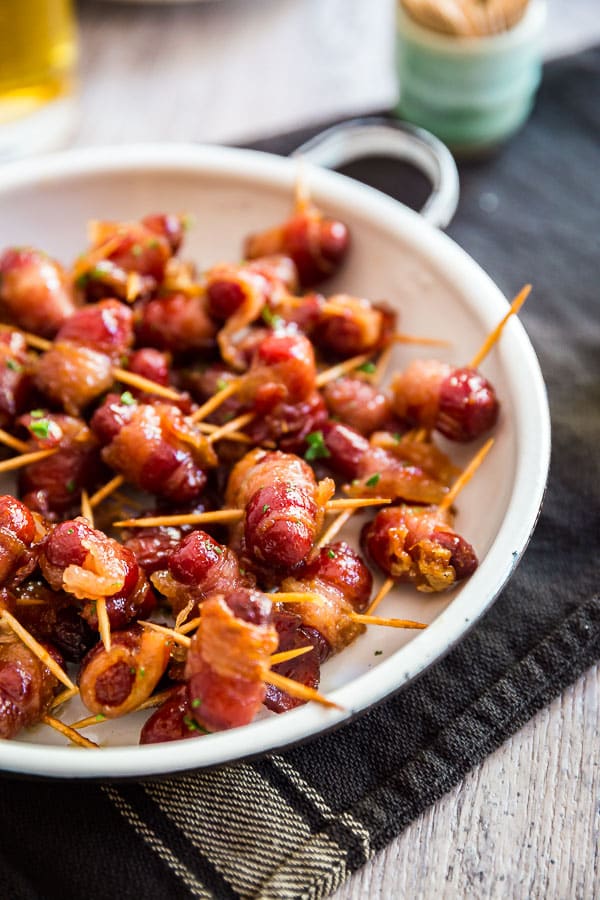 The brown sugar had caramelized in such a way that the bacon had a texture that wasn't chewy in that gross, grizzly way I had pictured. I don't want to say that it was crispy, because there wasn't any crunch to it. But it had this amazing texture; that of candied bacon. The flavor was sweet and salty and smoky. This was a decadent appetizer and all from three simple ingredients.

I would encourage you to double this recipe if you're making them for more than a couple of people; these will go fast. If you're thinking ahead on this one, you should definitely assemble these the night before and let them sit and "marinate" in the brown sugar overnight. If not, they'll still be delicious. But you won't regret letting them hangout over night, if you can. 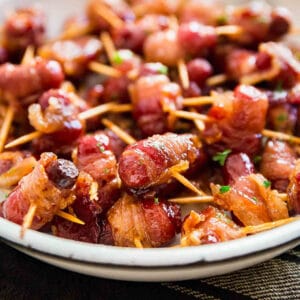 If they're not caramelized enough for you- put them under the broiler (I did it on high) for two minutes on each side. Please note: you'll want to keep a close eye on them so that they don't burn.
Tried this recipe?Let us know how it was! 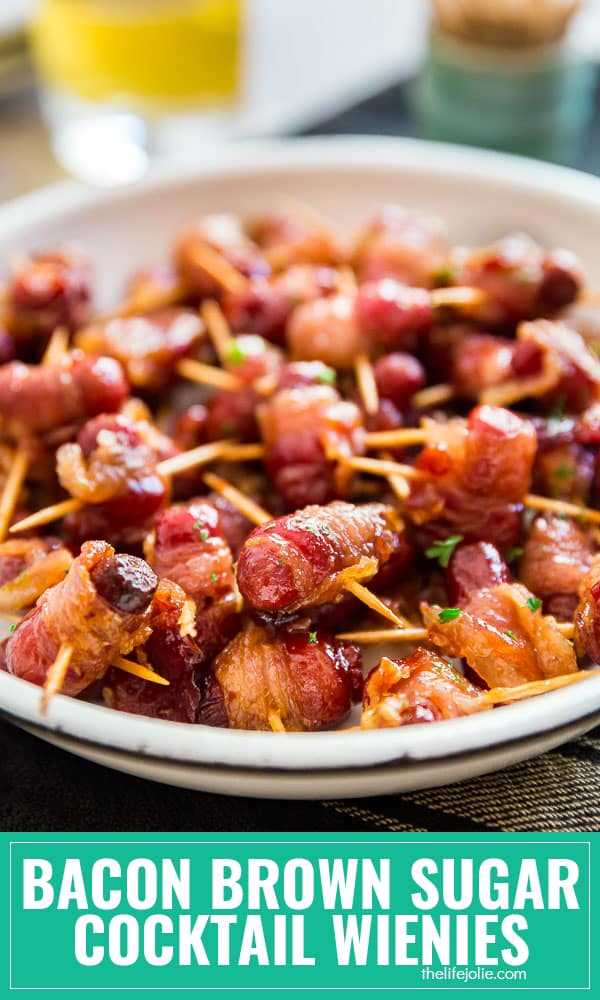