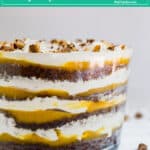 This Kahlua Toffee Chocolate Trifle Recipe is the ultimate make-ahead dessert. It's also so addictive that your family will be fighting for seconds! 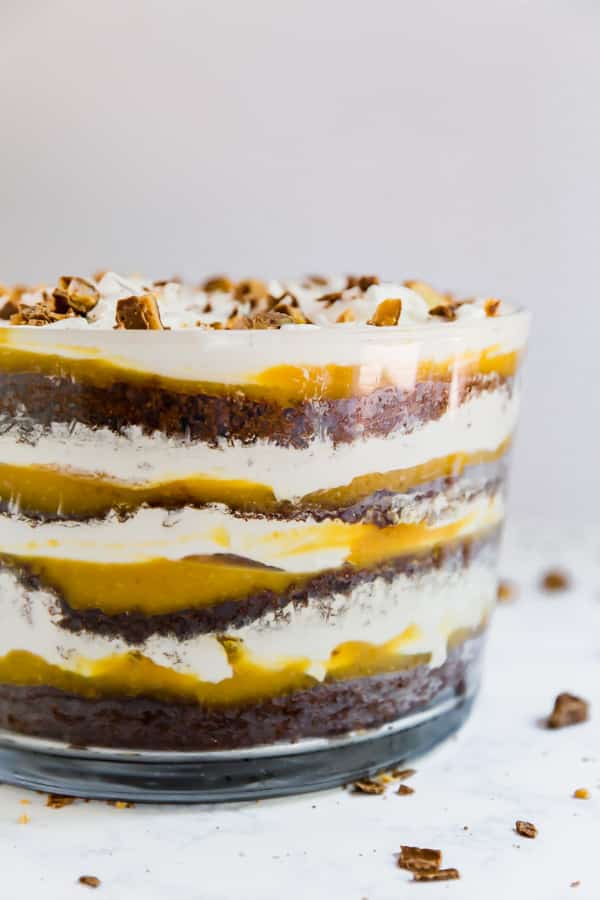 Can I tell you a secret? I've never really liked Trifle. I feel like, for many people, this is probably the cardinal sin. You're probably sitting there thinking, "how does she not like trifle?!" Hear me out.

I think we can all agree that a large thing that can make or break someone's feelings about various foods is texture. And that is pretty much the clincher for where I stand with trifle recipes. I've always found them to be sort of mushy, and it's just not my thing. But then I tried my mother-in-law's trifle recipe.

And I'll admit, I was a tiny bit skeptical. But only a tiny bit because everything that she makes is always seriously delicious! And this was definitely not an exception. I had two helpings that day!

First and foremost, it didn't get soggy the way many trifles tend to. I mean, it still had that comforting trifle texture but it was super enjoyable and the pieces of Skor bars added a nice crunch.

This also has a super delicious combination of flavors that taste even better together. Think of it as a chocolate trifle with some serious upgrades. Vanilla pudding made with Kahlua becomes tasty, it'll be difficult not to eat the entire bowl before you get around to assembling the trifle.

This mixed with creamy whipped topping, layers chocolate cake and those buttery and perfectly crispy toffee bits make a dessert that will have everyone fighting for seconds! And best of all it's a super easy trifle recipe, so there's no stressing about dessert! 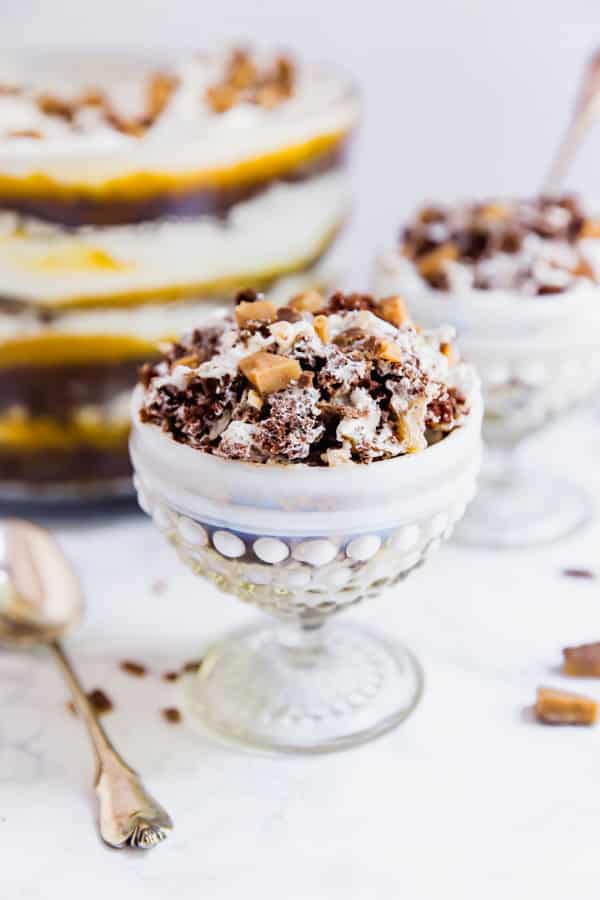 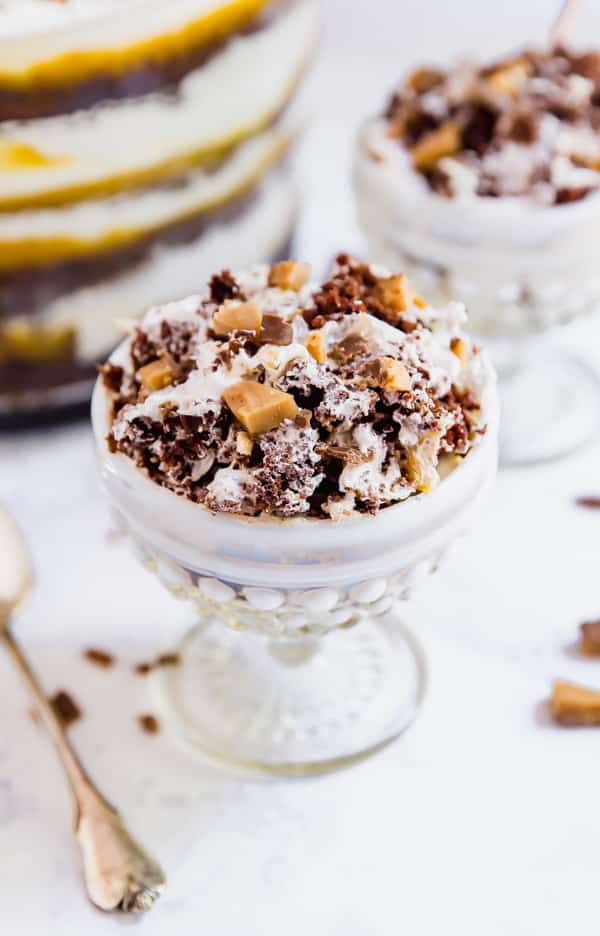 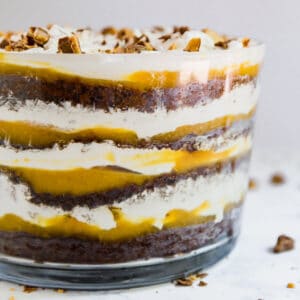 This is best if you let it rest a full 24 hours.
Keyword trifle recipe
Tried this recipe?Let us know how it was!

Looking for some other chocolate dessert recipes? 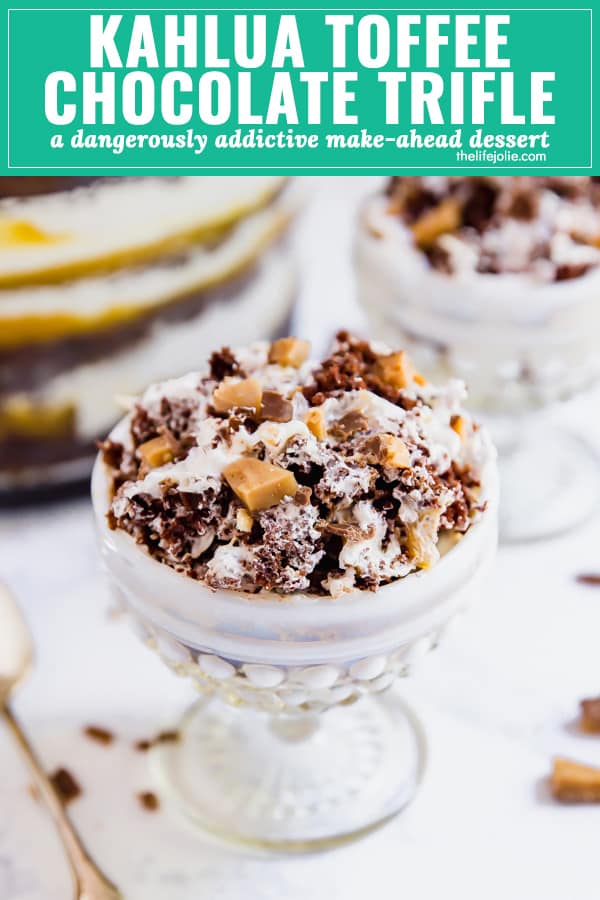