Well, another Christmas has come and another Christmas has gone. I hope everyone had as great of a holiday as we did! And now that we’ve had a moment to breath after all of our Christmas festivities, I’m look forward to New Years. New Years Eve, to me, is more about relaxing and eating delicious things than it is getting all dolled up and going out. Sure, those days were fun, but I prefer a nice, quiet entrance into a the new year. With that in mind, I’m certainly not above getting a little decadent with my New Years Eve food. Why not send the old year out with a bang? And these Clams Casino that I’m going to tell you about today certainly fit the bill! 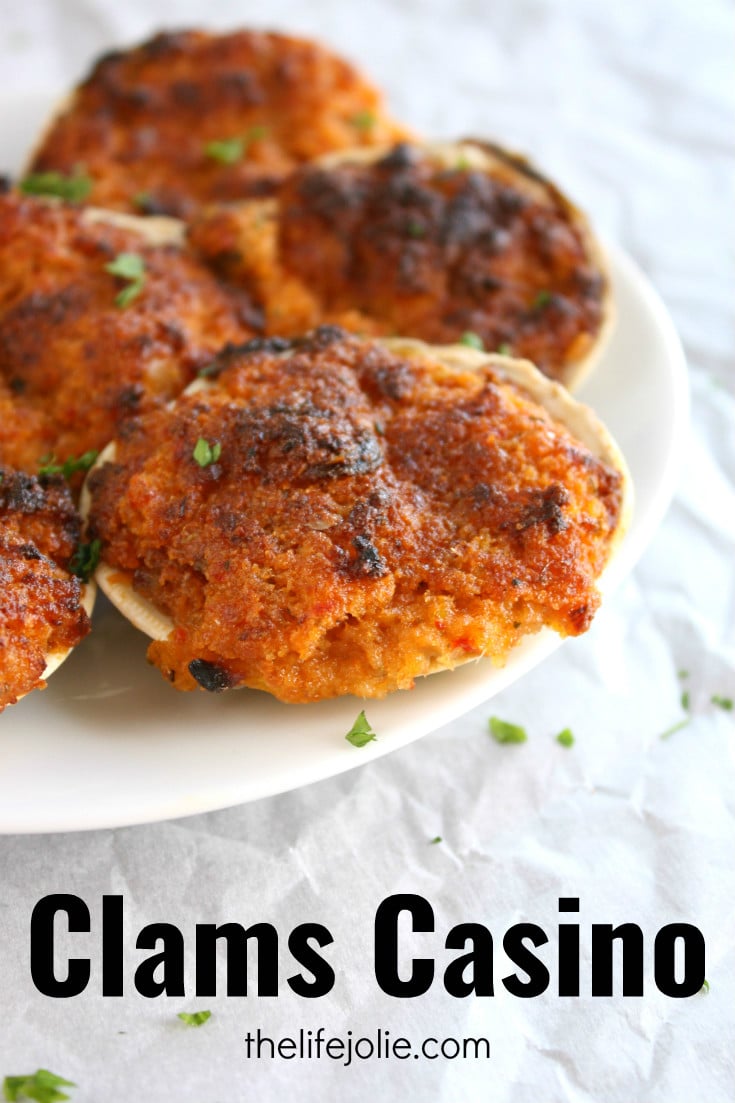 This is a recipe that my Uncle Richard would make each year around the holidays. Are they healthy? Not a chance. Are they delicious? Absolutely. And even better, they’re insanely easy to make and are even meant to be made ahead and frozen. Which makes these Clams Casino even more of a win. Because we all know about my penchant for simple, easy foods. 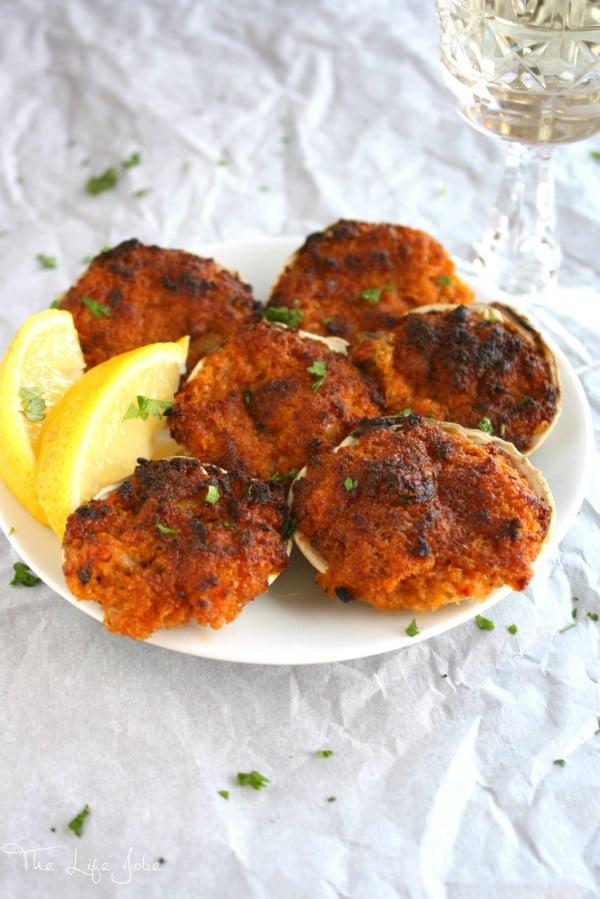 Now the original recipe had way more butter and less clams, but I’m not trying to give anyone a heart attack before we even start the new year! So I cut down the butter a bit and got a little excited when adding clams. What can I say. It’s a celebration! 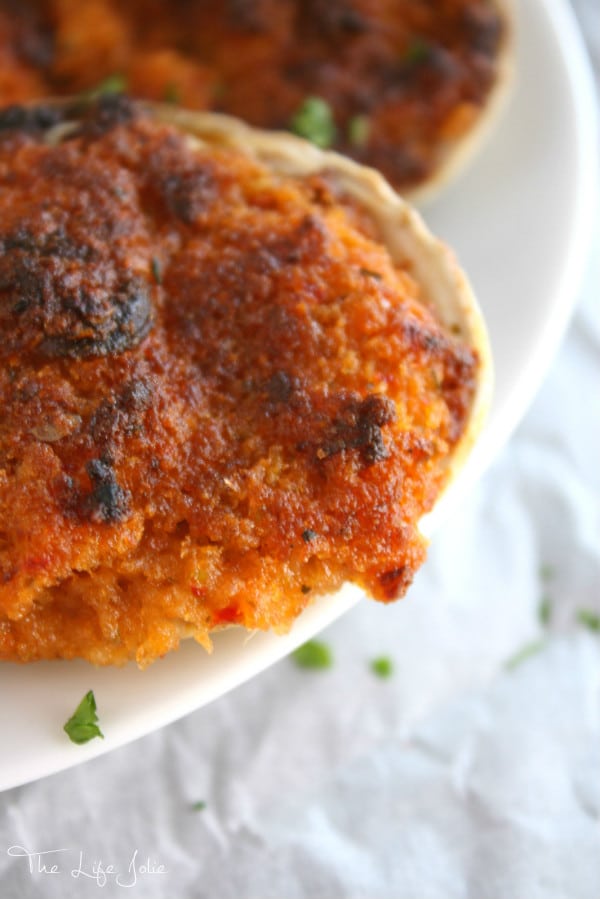 Now we typically serve these in the clam shells and then wash and save the clam shells for future batches of Clams Casino. Of course last year, my sister “accidentally” threw out the shells. So I picked up twenty five little neck clams and steamed them off with water and a bay leaf. Because come on guys, I don’t need the hassle of shucking clams and neither do you. Once they all opened up, it was super easy to remove the clams and separate the shell halves. And I had about a can’s worth of chopped clams to add to the mix. 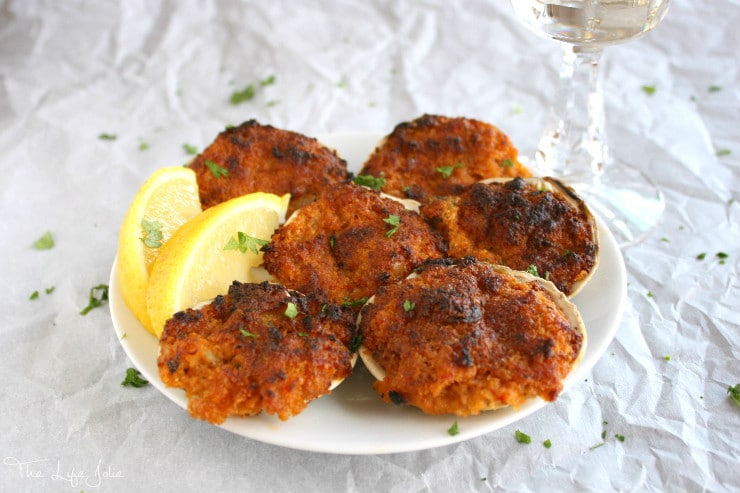 I like to enjoy these little guys with a generous squeeze of lemon. This makes enough to fill around 50 clam halves and while it broils up just fine right after you mix it, this recipe is actually meant to be frozen and broiled directly from the freezer. Either way they taste good, but I like the texture a bit better when they’re been frozen (and the whole make-ahead aspect. 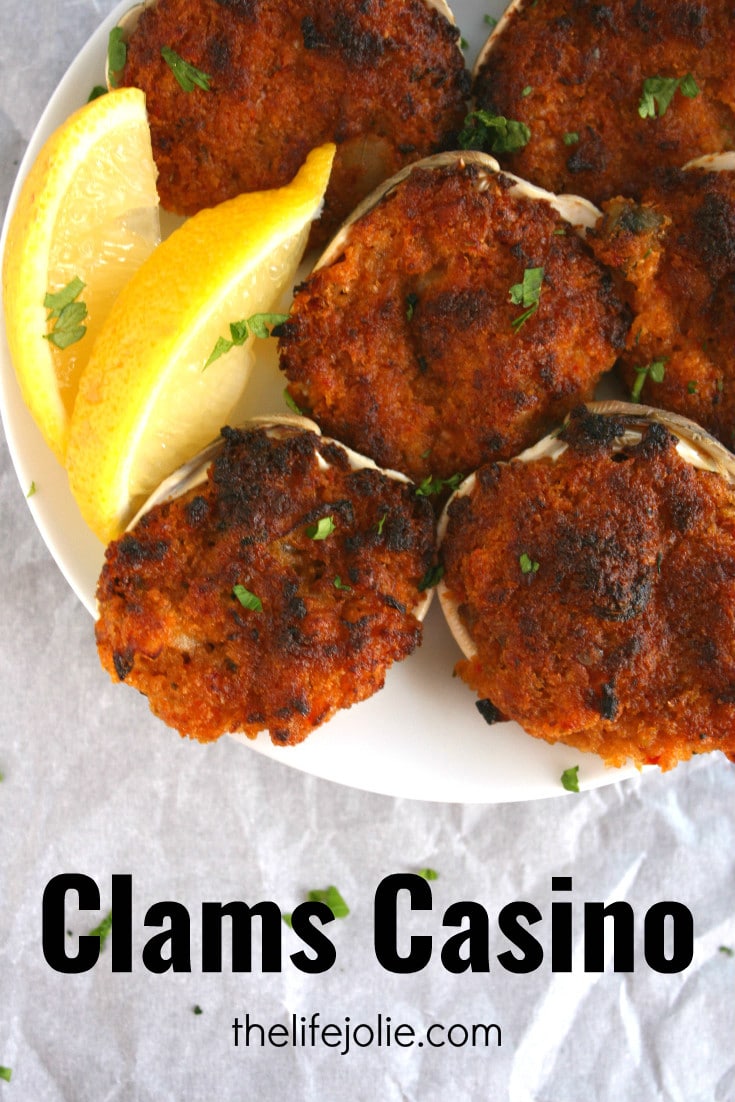 Melt your butter on the stove over medium heat.

While the butter melts, mix up your pimentos, onions and celery in a food processor until they are well combined (they should make a wet mixture).

Add you melted butter to the vegetable mixture and combine well with your clams and bread crumbs.

Spoon the mixture into your clam shells, and pat to smooth the tops.

If you’re broiling them right away: place them under the broiler for a good 10 minutes or until well browned on top and cooked through

If you’re freezing: Freeze them on a pan individually and once they’re frozen through transfer them to a ziplock back until you’re ready to broil. When you make them, Place them on a pan and broil for 10-15 minutes or until well browned on top.

Note: Keep an eye on them under the broiler, because every oven is different. You’ll want them to brown well but not burn. This recipe makes enough to fill 50 little neck clam shell halves.

A few great recipes to round out and complete this meal are:

December 28, 2015 By Jessy Freimann
12
The second trimester of my second pregnancy Christmas 2015 Recap 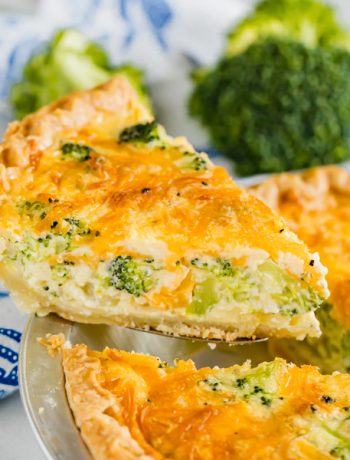 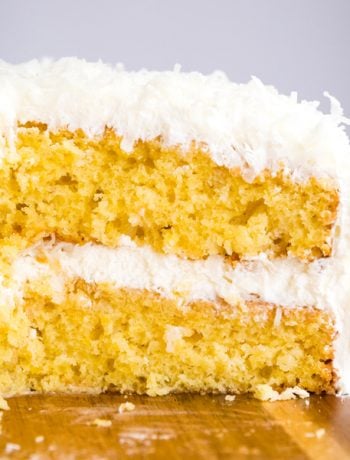 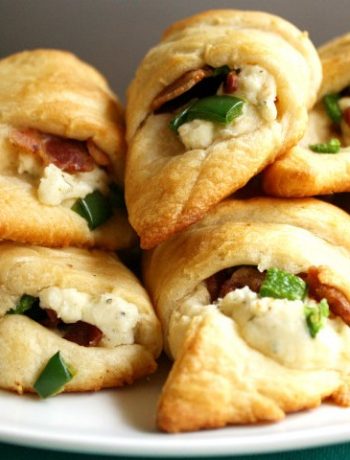