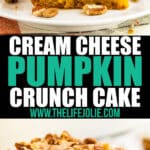 Cream Cheese Pumpkin Crunch Cake is the seriously easy fall dessert that you'll want to bring to every party! Every single person who tries it goes crazy over it and begs for the recipe. 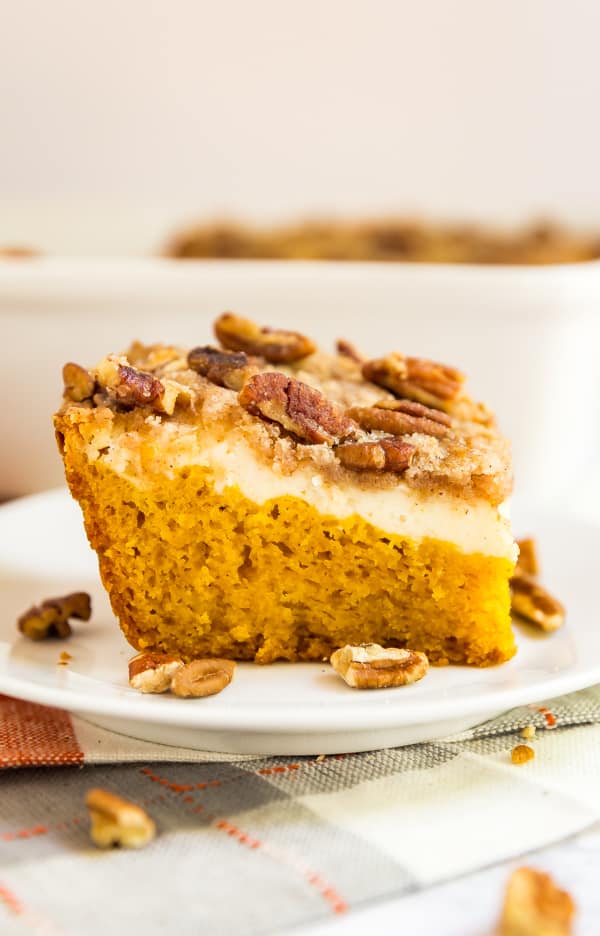 So here's the thing. I'm actually not really a pumpkin fan. Right now everyone on social media is doing their countdown until pumpkin spice season officially begins and I'm over here like "Noooooo, give me a few more months of summer!!" Perhaps I need to turn in my basic girl card for saying that.

But blogs are like magazines and we work ahead when it comes to recipes and in my efforts try and eat more of the things that I don't love, I developed this recipe. Imagine if pumpkin spice cake and a pumpkin cheesecake recipe had a baby with the most irresistibly crunch pecan streusel topping. That is what this cake is, and it's so good with will turn even the most staunch pumpkin hater into a pumpkin enthusiast. 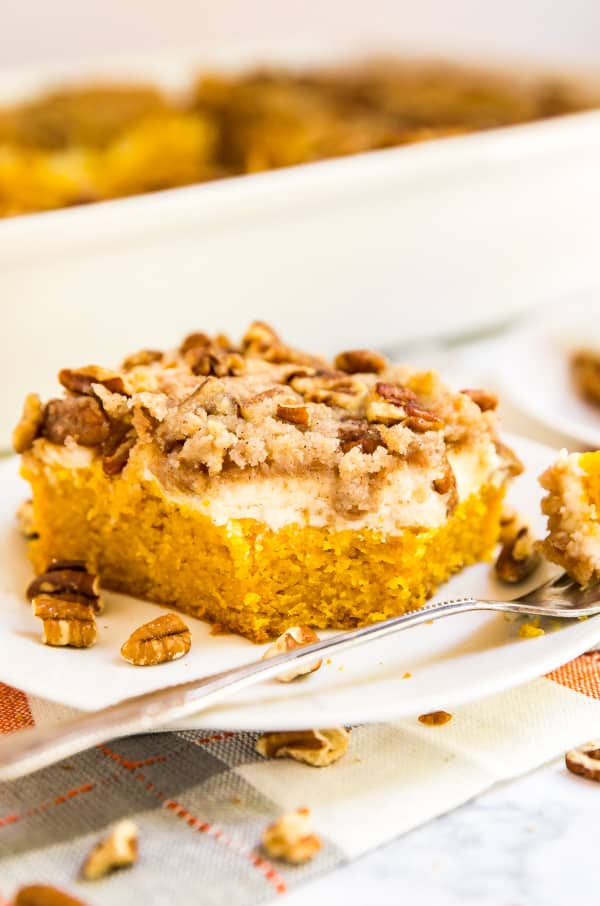 What is Pumpkin Crunch Cake?

I was hoping to make this into a pumpkin dump cake recipe but there's a tiny bit more too it than dumping the ingredients into a pan and popping it into the oven. But don't let that deter you because it's shocking how easy this recipe is. The pumpkin sheet cake is a variation of my favorite cake mix hack. It's the most moist and delicious cake you'll taste. Trust me on this.

I wanted a cheesecake aspect to be a part of it but I ultimately decided against making that layer a pumpkin cheesecake because I didn't want to overdo on the pumpkin. But the layer of cheesecake really adds an extra surprise that people love. I'm also a streusel topping enthusiast. That delightful crunch gets me every time. So naturally I had to put one on this cake. 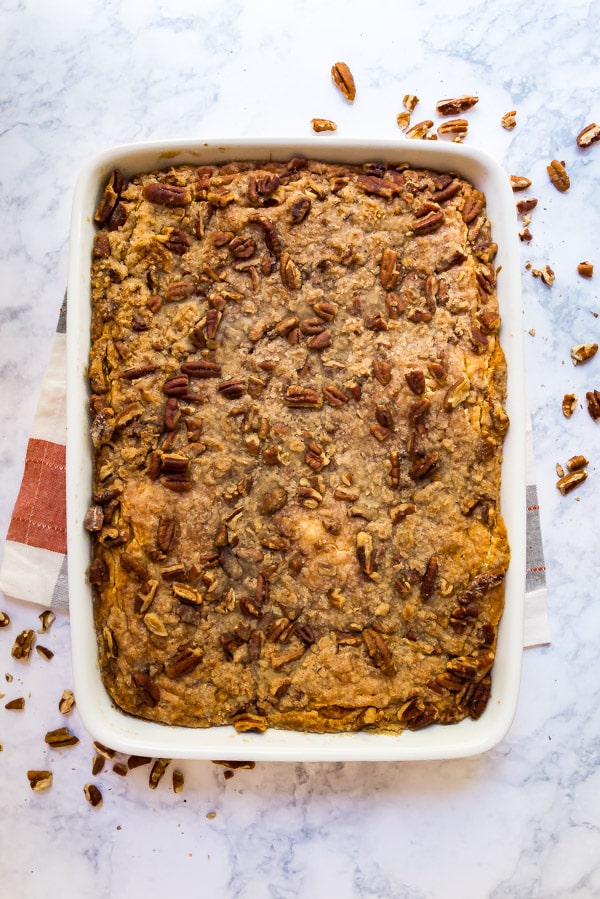 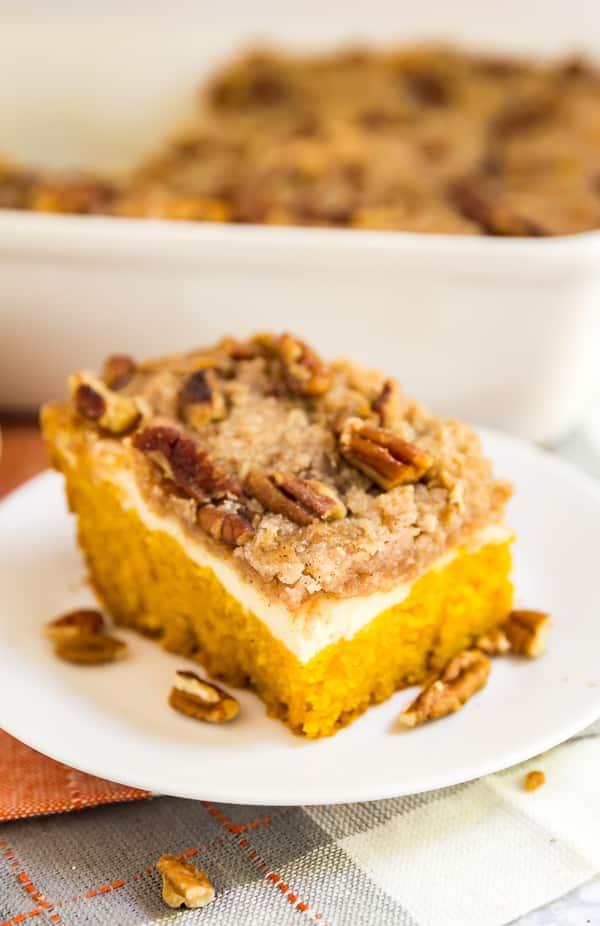 Discover the secret to hosting Thanksgiving without all the stress! Prepsgiving is your FREE guide to making a delicious Thanksgiving feast the easy way. 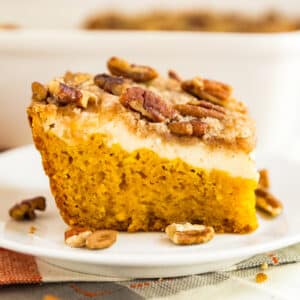 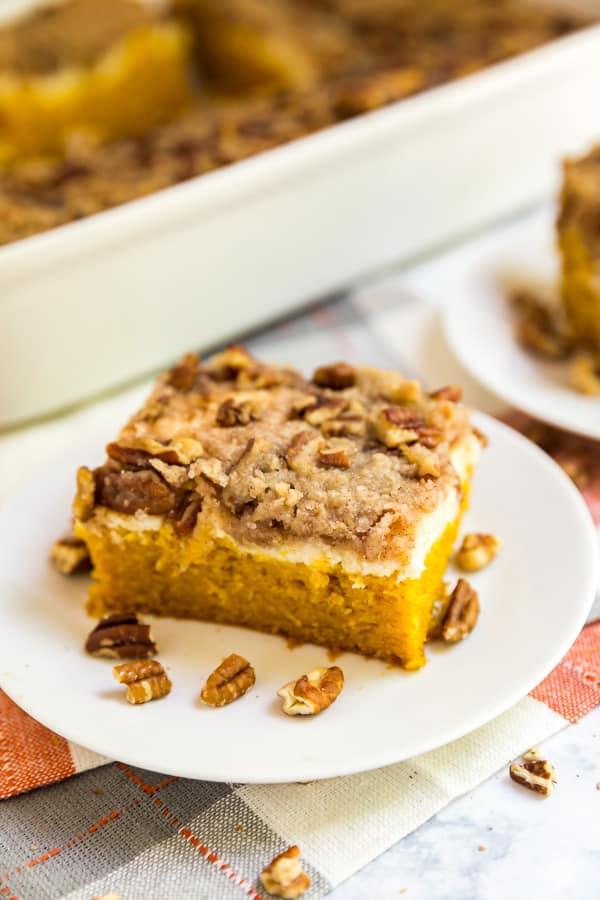 Looking for some other delicious pumpkin recipes?