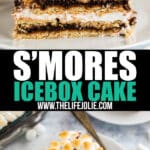 Meet the ultimate picnic dessert: S'mores Icebox Cake! This easy make-ahead dessert is quick to throw together with just a few ingredients and the results are beyond delicious. 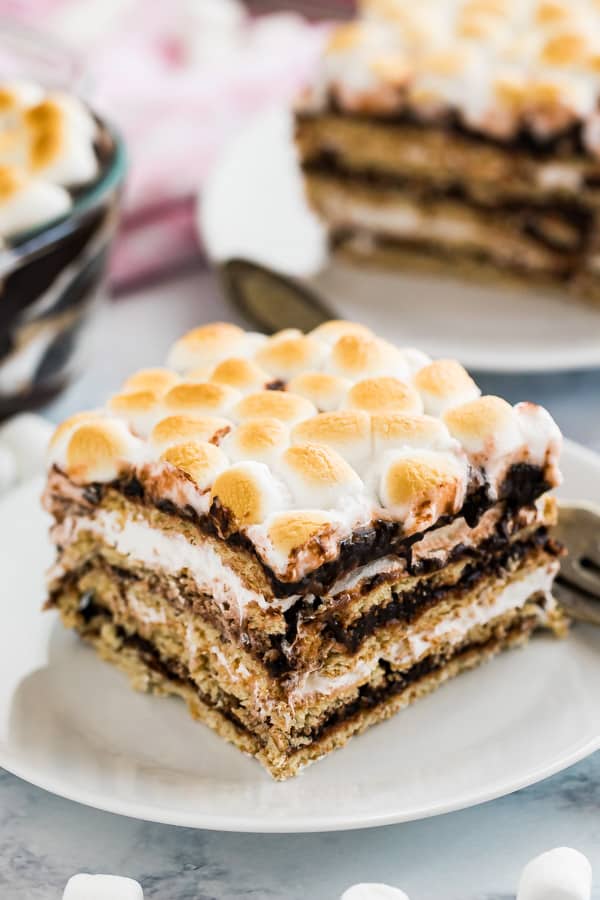 Check out some of my other summer dessert recipes:

It's strange that I love creating icebox cake recipes because I really didn't grow up eating them. It wasn't until I was an adult that I even learned what they are. Perhaps I'm making up for lost time?

To me, it's not summer without s'mores! Deliciously toasted marshmallows (golden brown, thankyouverymuch!) melty chocolate and crisp graham crackers make a sticky-sweet treat that both kids and adult go nuts for. I knew I wasn't some sort of a chocolate icebox cake recipe, so s'mores served as the perfect inspiration for today's recipe.

On my first test, I started using marshmallow fluff which was something of a nightmare! I sort of hate working with fluff anyway, because it's a sticky mess. I found whipped topping to work best in the layers and then I topped it with mini marshmallows. 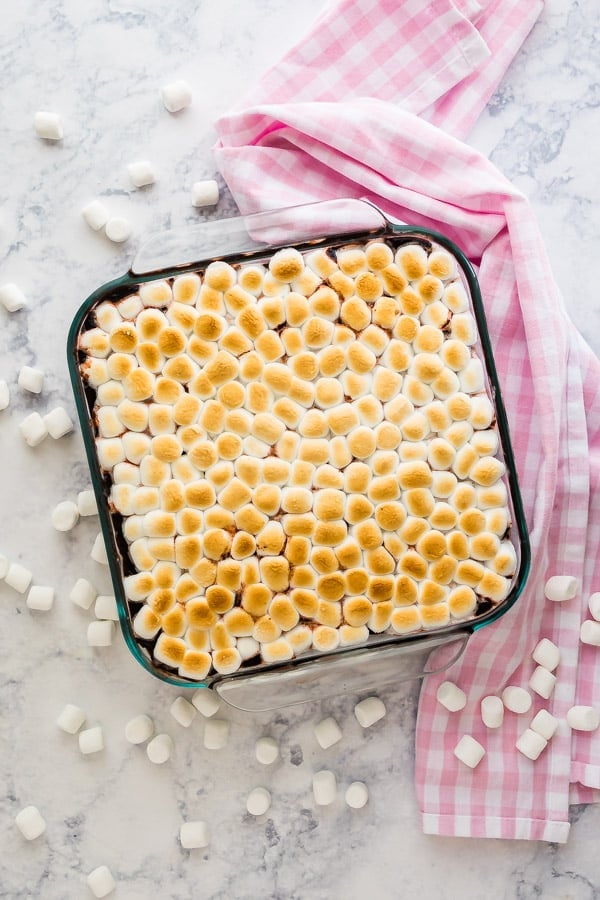 What is an icebox cake?

An icebox cake is a no-bake dessert that involves layering crispy cookies and wet things like pudding or whipped cream (traditionally chocolate water cookies whipped cream) and storing it in the refrigerator. As it chills, the wet ingredients help to soften the cookies, giving them more of a cake-like texture.

Are there other names for icebox cake?

Some people refer to this as a dessert lasagna, a dessert lush, a dream dessert or an icebox pie. No matter what you call it, this is a dessert the whole family will love!

How long do you refrigerate an icebox cake?

I've found the optimal time to be 3 hours but you can always chill longer if you'd like it to soften up a bit more.

How long does icebox cake last?

A couple days covered in the refrigerator.

Can you freeze icebox cake?

Yes, this will give your cake a texture similar to ice cream. Be sure to remove from the fridge 20-30 minutes prior to serving to let it soften a bit.

Ingredients for this chilled smores dessert

How to make an icebox cake 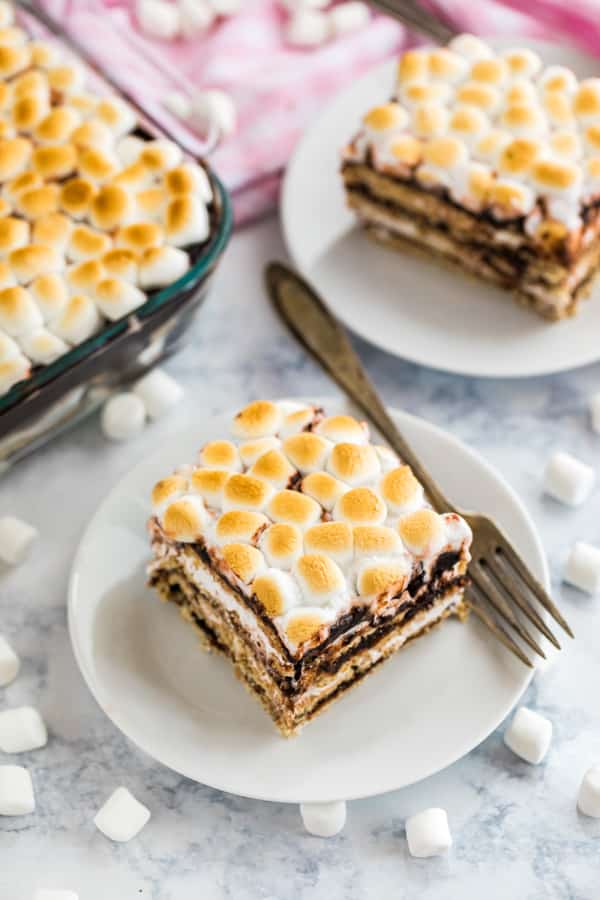 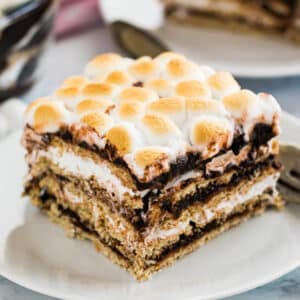 If you tried this recipe please comment and rate it 🙂 I love hearing your feedback and answering your questions! And if you make this please tag me on Instagram with @thelifejolie so I can share it <3